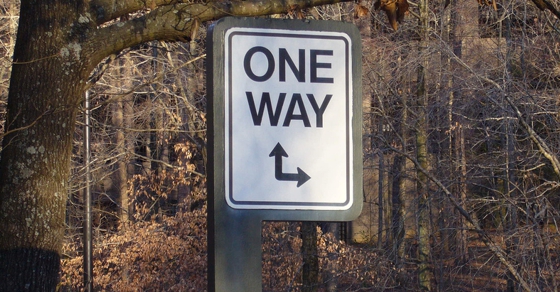 The Internal Revenue Service (IRS) is notorious for misunderstanding the recharacterizations of Roth conversions. After misunderstanding, they send a scary CP2000 form called “IRS Notice of Proposed Adjustment for Underpayment / Overpayment” and require the taxpayer to either send justification of their filing or pay significantly more in taxes and interest.

Their misunderstanding largely comes from the lack of a good means of reporting Roth conversions and recharacterizations. The two forms the IRS has created – 1099R and 5498 – are neither sufficient to file your taxes correctly nor adequate for the IRS to follow what has happened.

Let’s look at a simple example to illustrate this point. Imagine that John Smith uses a Roth segregation strategy and converts $30,000 from his Traditional IRA into three separate Roth Conversion IRAs ($10,000 each) on February 15, June 15, and September 15 respectively.

On December 15, he consolidates the account worth $13,000 into his Roth Contributory IRA and recharacterizes the $8,000 and $9,000 accounts back into his Traditional IRA.

In January, he will receive four IRS Form 1099Rs. IRS Form 1099R reports distributions from Individual Retirement Accounts of any kind. The ones he receives will show:

Now, because we have the complete picture, we can recognize these as his Roth segregations (#1), his Roth recharacterizations (#2 and #3), and his consolidation with his Roth IRA (#4). However, at this point, the IRS only has one side of the picture: the distribution side. They don’t even know where this money is going because 1099Rs don’t show contributions to retirement accounts.

When the Form 5498s are generated some time in May, John Smith will receive five of them. They will show:

Now, because we have the complete picture, we can recognize these as his Roth segregations (#1, #2, and #3), his Roth recharacterizations (#4), and his consolidation with his Roth IRA (#5). However, even though the IRS has all the reporting, it is still very hard for anyone to get to the bottom line and answer the question how much is taxable?

Custodians will never send taxpayers or the IRS one document supplying the complete story of a Roth conversion or a bottom line for taxes.

That $10,000 is his only taxable distribution from these conversions and should be reported on Form 1040 line 15a and Part II of Form 8606. Furthermore, the IRS requests that a statement be attached to the tax return explaining recharacterizations. This textual explanation is the only way they can follow what has happened.

If you want to read more about reporting recharacterizations to the IRS, they have a section in the help text for Form 8606.

Roth conversions are an important part of comprehensive wealth management. They can be beneficial for young people and retirees alike.

There is often a significant benefit to move money from a Traditional IRA, where distributions will be taxed, to an account where it can grow tax-free and where tax-free withdrawals can be stretched throughout your heir’s lifetime.

Roth conversions require significant planning, monitoring, repetition, and recharacterization. With all the effort of the paperwork, tax reporting, and time spent educating the IRS, the trouble is sometimes more than taxpayers are willing to handle.

Feel free to call us today and set up an appointment to talk about how we can help with Roth conversions.