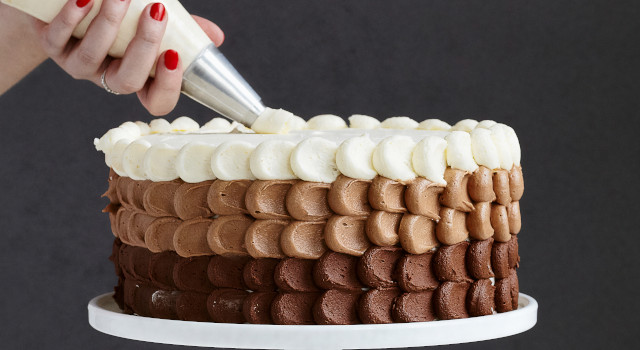 In this series, I am reviewing each type of contribution one at a time and explaining how much counts as Roth contribution basis and when. This article is about Roth conversions directly into your Roth IRA.

In the eyes of the IRS, Roth conversions are a type of rollover and their part in your Roth IRA’s contribution basis is called a rollover contribution.

The first step in knowing how much rollover contribution you have is to create a timeline of your Roth conversions.

Unlike other Roth additions, Roth conversions are reported on your tax return. This means that if you have saved your tax returns, you may be able to recreate your rollover contribution basis.

Officially, you are expected to report on Form 8606 Part II Line 16 “the net amount you converted from traditional, SEP, and SIMPLE IRAs to Roth IRA.” If you have dutifully filled out this form and saved your tax returns, recreating these rollover contributions may be as easy as simply reviewing each year’s Form 8606. The Form 8606 instructions note that “the total of all your conversions to Roth IRAs… are shown on line 14c of your 1998, 1999, and 2000 Forms 8606 and line 16 of your 2001 through 2019 Forms 8606.”

If you follow the instructions of that form to the letter though, your conversions from pre-tax qualified retirement plans such as 401(k), 403(b), or 457 would not be on your Form 8606 records even though they should be included in your Roth IRA conversion basis if you converted directly into your Roth IRA.

If you had or have a nondeductible basis in your pre-tax traditional retirement accounts, you may have calculated two separate numbers, one for total Roth conversion and one for taxable Roth conversion, for any given tax year. You need both numbers to get an accurate contribution basis.

Also at this time, don’t include amounts rolled in from a designated Roth account like a Roth 401(k) or Roth 403(b). Those are handled differently.

If you withdraw sufficient money from your Roth IRA that you are withdrawing from your rollover contribution basis, then a portion of your withdrawals may be what the IRS calls a recapture amount.

The idea is that if you were to have withdrawn early directly from your traditional IRA, you would have been faced with a 10% penalty. Without the recapture amount, doing a Roth conversion and then withdrawing from your Roth IRA would mean that you avoid this penalty. To make it so that taxpayers can’t use such a simple loophole to avoid the penalty, the IRS says that you still have the 10% penalty when you withdraw from your rollover contribution basis if it has been less than five years since you converted.

Said another way: If you withdraw $10,000 from your traditional IRA when you are age 40, you would owe a 10% tax on the distribution. If you convert that $10,000 to Roth IRA and then distribute, the IRS doesn’t want you to be able to get out of the 10% penalty. As a result, they make you include Roth conversions younger than 5 years old as a “recapture amount” penalized on Form 5329 as an early distribution even though it is from a rollover contribution basis.

As the instructions for Form 5329 state:

Of note here: Only the taxable portion of your conversion or rollover must be included as a recapture amount. Any nontaxable amount, such as nondeductible basis converted or rolled over, is not included in the recapture amount.

It is helpful to let Roth conversions age before you withdraw from them. While they count as contribution basis and are immediately available for withdrawal without inclusion in your taxable income, they face the 10% early withdrawal penalty as a recapture amount when withdrawn within five years of converting and when you do not have an exception to the penalty.

If you wait until either you are older than age 59 1/2 (because then you have an exception to the 10% penalty) or you converted this amount more than 5 years ago, then you can avoid having a 10% penalty on distributions from your Roth conversion rollover contribution basis.

If you are relying on your Roth IRA for withdrawals in an early retirement, then you may want to engage in what is called a Roth ladder. In this strategy, you convert this year equal to or more than what you plan on needing to withdraw in 5 years. In this way, you stage a ladder of penalty-free early distributions.

Having a good grasp of the Roth contribution basis and distribution rules is a powerful tool in planning your early retirement.