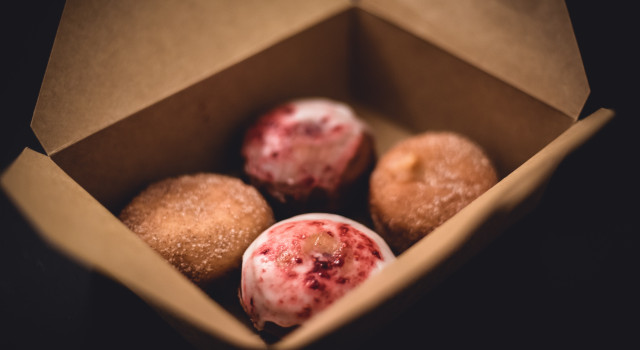 In this series, I am reviewing each type of contribution one at a time and explaining how much counts as Roth contribution basis and when. This article is putting some of the pieces together by explaining step-by-step an example the IRS gives in Publication 590B.

In Publication 590B, the IRS gives an example to demonstrate how Roth contribution basis works in a Roth IRA. That example is:

Ishmael, age 32, opened a Roth IRA in 2000. He made the following transactions into his Roth IRA.

In August of 2020, he took a $85,500 early distribution from his Roth IRA to use as a down payment on the purchase of his first home. See his filled out Illustrated Recapture Amount—Allocation Chart to see how he allocated the amounts from the above transactions. Based on his allocation, he would enter $20,000 on his 2020 Form 5329, line 1 (see Amount to include on Form 5329, line 1, earlier). He should also report $10,000 on his 2020 Form 5329, line 2, and enter exception 09 because that amount isn’t subject to the 10% additional tax on early distributions.

From 2000-2019, Ishmael contributed $50,000. The precise years of these contributions does not matter as regular contributions are always available for tax-free withdrawal, but the example tells us his Roth IRA was opened in 2000. For that to happen, he needed to have funded it for at least $1, so I have assume that he contributed $2,500 per year for each of those 20 years.

In 2016, he did a Roth conversion rollover of a traditional qualified plan such as a traditional 401(k) plan of which the full $20,000 was taxable.

Below is a timeline of what Ishmael is assumed to have done:

If you withdraw sufficient money from your Roth IRA that you are withdrawing from your rollover contribution basis (money sourced from Roth conversions), then a portion of your withdrawals may be considered what the IRS calls a recapture amount.

The idea is that if you were to have withdrawn early directly from your traditional IRA, you would have been faced with a 10% early withdrawal penalty. Without the recapture amount, doing a Roth conversion and then withdrawing from your Roth IRA would mean that you avoid this penalty. To make it so that taxpayers can’t use such a simple loophole to avoid the penalty, the IRS says that if it has been less than five years since you converted, then you still have to pay the 10% penalty when you withdraw from that rollover contribution basis.

Said another way: If you withdraw $10,000 from your traditional IRA when you are age 40, you would owe a 10% tax on the distribution. If you convert that $10,000 to Roth IRA and then distribute, the IRS doesn’t want you to be able to get out of the 10% penalty. As a result, they make you include Roth conversions younger than 5 years old as a “recapture amount” penalized on Form 5329 even though it is from a rollover contribution basis.

The IRS tells us that Ishmael uses the allocation chart as follows to calculate his recapture amount:

This chart shows us that in order to withdraw the full $85,500, Ishmael needs to withdraw some from his Roth conversion rollover contribution basis.

You can see from this chart that his Form 8606 line 25c is blank. While they don’t tell us how Ishmael fills out his Form 8606 Part III, presumably he has filled it out like this:

All of his distributions are non-qualified because, even though his Roth IRA has been open at least five years, Ishmael does not meet one of the other requirements of over age 59 1/2, dead, or disabled.

Line 25c is $0 because he has withdrawn only up to his contribution and conversion basis total in his Roth IRA. This is why no portion of his withdrawal is included in taxable income.

Because the 2016 Roth conversion is only 4 years old when he withdrew from it, it needs to be included as a recapture amount on Form 5329.

Because he withdrew from his 2016 conversion / rollover basis, he needs to include that total as a recapture amount on Form 5329 line 1. This makes his Form 5329 as follows:

You can see that he needs to report $20,000 of the withdrawals on Form 5329 line 1 “Early distributions includible in income” and $10,000 on line 2 “Early distributions included on line 1 that are not subject to the additional tax.” While this second $10,000 number matches his 2005 Roth conversion amount, it is actually the $10,000 of his qualified first-time homebuyer expense.

The first-time homebuyer expense is exempt from the 10% penalty.

While Ishmael’s withdrawal of his young Roth conversion is not taxable as income, it is subject to the 10% penalty as a recapture amount.

The Roth conversion rollover contribution basis is available for tax-free withdrawal right away, but if the conversion is too young and you do not meet a different exception to the penalty, your distribution will face the 10% early distribution penalty.

If Ishmael had waited a year and withdrawn in 2021, his Roth conversion would have been five years old and he would have had no recapture amount or early distribution penalty.

The Roth withdrawal rules are more complicated than they first appear, but funding your Roth IRA still remains one of the best financial decisions you can make.

Photo by Linda Söndergaard on Unsplash