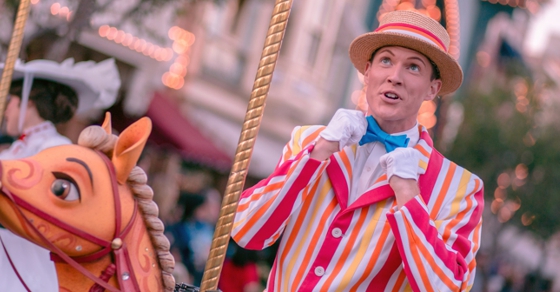 There are a lot of large expenses in life. In “How to Save for Large Fast-Approaching Expenses,” we looked at how to develop a savings (and maybe even investing) plan for large expenses coming up in the next one or two years, like newborn babies or annual vacations.

But not all expenses are that immediate. For some, like homeownership or your kid’s college education, you may have five or more years to prepare for. Forward-thinking newlyweds discuss and prepare for these early, building them into their budget as they did their upcoming expenses.

Sometimes though, once you stack up all your savings dreams, you find that there isn’t enough to go around and do it all.

At this point, many couples say, “Looks like we can’t fund both our Roths after all.”

A lot of people think that they will receive a penalty for withdrawing from their Roth IRA before they retire. This instinct protects them from a lot of harm, but in truth Roth IRAs are more flexible than other retirement accounts.

The IRS rules can and often do penalize individuals who take early withdrawals. Retirement age is defined as 59 1/2 years old, and non-exempt withdrawals before this age are subject to a 10% penalty. Paying the penalty is normally a big mistake, costing tax payers approximately $5.8 billion annually .

But for Roth accounts, you can always withdraw the amount you contributed. This exemption can be taken at any time for any reason.

If you contributed up to the limit ($5,500 for under age 50 currently) each year into your Roth account and it appreciates at 9%, at the end of ten years the account would be worth $91,082. You would be allowed to withdraw the $55,000 you contributed without tax or penalty, leaving the $36,082 of appreciation in the account.

If you want to withdraw more than just the amount you contributed and avoid paying a 10% penalty on top paying tax, your withdrawal needs to have a qualifying circumstance and even if you have one, you still have to satisfy the five-year rule in order to avoid taxation.

The five-year rule states that the year you withdraw has to be at least five tax years since your first contribution to the account in order to avoid paying tax.

Contributing just one dollar starts the five-year clock. You can also contribute to your Roth IRA in April for the prior tax year, which starts the clock retroactively.

The five-year rule is a good reason to contribute to a Roth IRA as soon as possible even if only for a few hundred dollars. This gets you past the first five years quickly and maximizes your account’s flexibility.

A contribution as late as April 2016 for the tax year 2015 would allow penalty free qualified distributions of growth as early as January of 2020.

Once you have had one Roth IRA for five tax years, the requirement is satisfied for all of your Roth IRAs regardless of how long particular dollars have been in a particular account.

Oddly enough, the five year clock for a Roth 401(k), Roth 403(b) or other employer-sponsored retirement plan starts and stops separately. Each employer plan is subject to its own five-year accounting.

You can get around this rule through 401(k) consolidation. If you consolidate one Roth 401(k) by rolling it into another Roth 401(k), the 401(k) account that has been around longer is the one measured when counting the five years.

This rule does not apply to 401(k)-to-IRA consolidations. If you roll a Roth 401(k) into a Roth IRA, the clock for all those assets matches the Roth IRA. This means that, if the Roth IRA is newly created, the clock starts over, but if you already had the Roth IRA, the five-year accounting sets to your first contribution to it.

This is yet another reason to fund your Roth IRA this year. If you do, then when you later roll over your Roth 401(k), the money will be immediately accessible for qualifying expenses.

The principle amount of a Roth conversion is also subject to a five-year waiting period. However, unlike growth, the dollars from each conversion have their own five-year accounting. Assuming you do a Roth conversion every year, you would have various amounts of money becoming available for qualifying withdrawals each year for the next five years.

For the purposes of the IRS, withdrawals are assumed to be contributions first, then amounts which have been converted, and finally any growth in the account.

If you have a qualifying circumstance but have not satisfied the five-year rule, then withdrawals in excess of original contributions will be subject to ordinary income tax even though they are not subject to the 10% penalty.

If you have satisfied the five-year rule and do not have a qualifying circumstance though, you are subject to both the 10% penalty and the tax.

There are a few other exceptions which allow you to withdraw the growth from your Roth IRA even though there may not be qualified reasons for a distribution. These exceptions avoid the 10% penalty but do not avoid owing ordinary income tax on the growth.

These other exceptions include: education expenses for you, your spouse, a child, or a grandchild; medical expenses in excess of 7.5% of your adjusted gross income; paying medical insurance after losing your job; an IRS levy of a qualified plan; and a qualified reservist distribution during active duty.

Just because you can avoid the 10% penalty doesn’t mean you should withdraw money from your Roth account.

Normally your Roth accounts should be the last source you use for retirement. Allowing your Roth to continue to appreciate tax free and using other funds is nearly always the right answer.

You will be glad to be able to get to the money if you need it, but you will be even gladder if you don’t need the money and are able to keep it in an environment where it is free to grow without the headwind of taxation.

The intention of tax-advantaged retirement accounts is for long term savings and the IRS rules discourage frivolous early withdrawals. But contributing to your Roth IRA is a safe place to store savings so long as you have had a Roth IRA open for at least five tax years or you are willing to wait.

Because of the greater flexibility on withdrawals from Roth accounts, fully funding your Roth IRA if you are able to is rarely the wrong decision. The advantage of tax-free growth in a Roth account is like the frictionless vacuum you studied in high school physics: free of impediment on progress.

Understanding the ease with which you can withdraw your original contributions from your Roth account should remove any hesitancy you have to contribute to them in the first place.

As a result, contributing to your Roth IRA should be one of your top priorities, even if the money you are contributing is earmarked for a different purpose later.