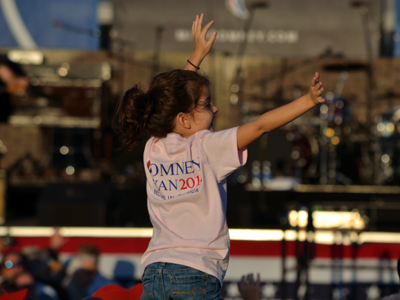 In 2008 Obama captured 66% of the youth vote. But unlike the liberal ideological baby boom generation, millennials are more pragmatic. Having experienced liberal policies in action, some have realized that well-intentioned policies can have disastrous consequences. Support for Obama among the 18- to 29-year-old age group has dropped to 48%. Others simply won’t vote.

Not getting a decent job after college can be daunting. I graduated from Stanford in 1982, got married and moved to Eugene, Oregon, all within two weeks. We signed a year’s lease on an apartment and started looking for jobs.

The week my wife and I arrived, the city had laid off 350 people with unemployment already at 35%. Eugene had been featured in Time magazine as one of the two worst hit cities by the recession. Answering a Taco Bell ad, we found hundreds of job seekers in the parking lot. The owner asked how many people had previous Taco Bell experience as a way to send most of us home. The want ads amounted to less than a column in the newspaper. It took six months of a full-time search before I found employment.

My mentor at the time recalls what he found most interesting. Although we were hard hit by the recession, we supported what President Reagan was accomplishing for the long-term health of the country. It was strange to him that young people would hold such conservative economic values. That economic freedom and free enterprise would be more important than well-intentioned government programs was striking.

My mentor has grown more conservative since then, a natural process of seeing what actually works. But our baby boomer generation started out so liberal that we need the input of younger people to temper our natural inclinations.

The most popular liberal issue today is universal health care. Yet in our efforts to implement this process, we have ignored all the issues of supply and demand.

The Affordable Care Act (ACA) requires policies for older people to cost no more than three times the policies for younger people. As a result, insurance companies must raise the rates artificially for young healthy people until they are at least a third the cost for aging baby boomers. Calling the legislation affordable is why critics label it Obamacare.

The individual mandate forces these younger healthier individuals to purchase expensive policies and subsidize much wealthier aging baby boomers. The younger generation uses far less medical care. If the markets were free, young people could afford very inexpensive high deductible insurance and pay out of pocket for noncatastrophes. Such coverage is no longer available.

Health care represents about 17% of the U.S. economy. Yet those of us with $75,000 salaries are not willing to pay $13,000 a year for health care. We hold some irrational belief that if it is more than we want to pay, running it through wasteful governmental regulations will make it cheaper. And because the baby boom generation is starting to have all the health care problems, that leaves healthy college grads paying for our impotence and menopause medications.

We truly are the most selfish generation in history. We are taxing unborn grandchildren to pay for things we want today.

Our only alternative is to tax the productive class who could otherwise hire college graduates and saddle them with expensive mandated health care to pay for what we don’t want to.

We need to remind those who want to soak the rich that revenue as a percentage of gross domestic product has remained relatively stable while spending is out of control. Almost none of this spending benefits college graduates looking for a job.

College graduates need to be hired by those with the means to start new ventures or grow existing small businesses. Meanwhile our response has been to increase the share of federal income taxes paid by the top 10% from 66.5% to 70.5%. Trying to make life fair through federal taxation is like asking Ernie to eat all the extra licorice until they are equal lengths. We need to stop arguing about who should be burdened and lighten the load before Boxer is sent to the knacker’s yard to be slaughtered.

All this has hit young people the hardest. The median age for a first marriage has increased two years since 2007. And the rate of couples having children has decreased significantly. Meanwhile we argue about who loves Big Bird the most. College graduates need jobs on Main Street more than they need us to subsidize Sesame Street.

If left in the economy, the $420 million given to the Corporation for Public Broadcasting (CPB) could have provided 8,400 jobs for college grads each paying $50,000.

The CPB is a small and worthy cause compared to the total federal budget. But it can easily stand on its own merit. Sesame Street product licensing earns more than enough to help subsidize smaller at-risk stations. There is no reason the federal government should favor Big Bird over cable TV’s Dora the Explorer. If even good causes should be eliminated from federal spending, how much more of everything else do we subsidize?

The CPB may like its subsidies, but it enjoys the controversy even more. Every time politicians who support small government suggest eliminating their subsidies, it is a publicity bonanza for their fund-raising. Yet even this grab for attention is stolen from private sector shows such as Dora. Only in this case CPB plays the part of Swiper the fox. “Swiper, no swiping!”

Perhaps the most positive aspect of this election is the change in focus from four years ago. In 2008 it seemed John McCain was trying to compete for who could give the most goodies to the voters. It was a strategy designed to lose with the least amount of media crucifixion. In this election the focus is on small businesses, taxes, deficits, spending, regulation, jobs and the economy.

The long Republican primary resulted in selecting the most moderate candidate from the pack. Mitt Romney is no extremist. And what the Obama campaign chooses to attack him on are some of his most endearing qualities for libertarians. Given their prospects, perhaps more millennials will join their grandparents and vote for economic freedom in this election.