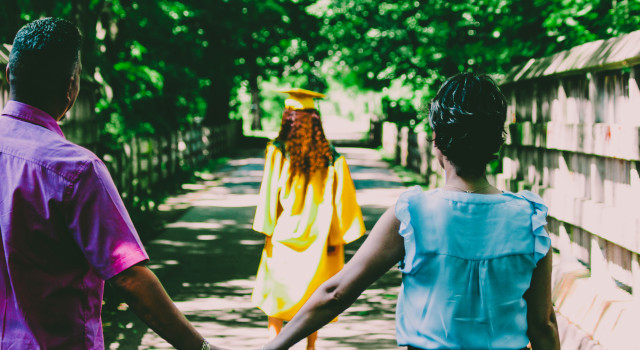 When people can gain more by trying to appropriate wealth than by producing it themselves, this behavior is called rent-seeking. Rent-seeking frequently requires spending your own time and resources so you can earn special treatment or receive a handout. Rent-seeking doesn’t add any national value and costs the economy millions, but it is still personally valuable.

Much of what we do in wealth management is rent-seeking. Tax planning for example doesn’t add value to society as a whole, but it can be personally profitable. Not to participate in the rent-seeking of tax planning when doing so would clearly benefit you is a needless personal sacrifice.

Even if we exploit such an opportunity, we can still oppose the legislation that establishes these incentives in the first place. The FAFSA is a quintessential example of a place where rent-seeking and wealth management meet.

What is the FAFSA and how does it work?

The traditional financial aid assessment tool used by the Department of Education to award grants and loans is called the Free Application for Federal Student Aid. Most just know it by its acronym, FAFSA, which is spoken by pronouncing it as though it is a word.

The FAFSA tries to identify who is truly needy. It determines a family’s eligibility for financial aid by counting certain income and assets towards their ability to pay college costs. If you are determined to have sufficient means to pay for college, then you will likely receive no or poor offers of financial aid. However, if you are determined to be in need, then you may be offered monetary grants or the advantaged interest rates of subsidized loans.

The FAFSA calculations are incredibly complicated and are subject to change. There are several professionals who focus and specialize in FAFSA-based rent-seeking.

The FAFSA has a two-year look back, using the so-called prior-prior income. For this reason, often times, it is difficult to realize what strategy you should be employing until is it too late.

Parental assets are given a so-called asset protection allowance. This so-called allowance is based on the age of the older parent and is intended to model the cost of whatever size annuity is necessary to supplement Social Security in order to achieve a moderate income level as determined by the Bureau of Labor Statistics (BLS). For the details of how this allowance is calculated, I suggest reading The College Financial Lady’s blog posts on the topic .

This allowance is then used, as explained by The College Financial Lady , in this way:

Assets above the Asset Protection Allowance (between around $5,000 and $9,000 for most families) are first assessed at 12%, then added to income and subject to the graduated income assessment rates of up to 47%. (The figure you’ve heard of 5.64% of assets counting towards EFC is 12% x 47%.)

EFC is Effective Family Contribution. It is what the FAFSA assumes parents will contribute to the student’s education.

Assets that count as a parental investment are subject to this asset protection allowance, counted towards the effective family contribution, and then subsequently reduce a student’s financial aid.

How are 529 plans treated on the FAFSA?

As explained by Edvisors in “How 529 Plans Affect Financial Aid “:

This is one reason that we frequently suggest that students who might qualify for financial aid may benefit from a grandparent opening and funding a 529 plan for them. With the grandparents as the owner rather than the parent, the student may have a better chance of receiving financial aid.

How are 529 plan distributions treated on the FAFSA?

Even if the accounts themselves are not counted on the FAFSA, 529 account distributions can affect the FAFSA in their own way.

For the rest of the 529 accounts, they are included. Edvisors explains in the same article:

If a 529 plan distribution is a non-qualified distribution, it is included in adjusted gross income (AGI) on the beneficiary’s federal income tax return and so will be counted in total income on the FAFSA.

In this way, both types of grandparent 529 distributions have their effect on the FAFSA.

If the distribution was a qualified distribution from a non-reported FAFSA asset, then the distribution is reported as untaxed income to the beneficiary on the FAFSA. As the FAFSA instructions say, “Money received, or paid on your behalf, also includes distributions to you (the student beneficiary) from a 529 plan that is owned by someone other than you or your parents (such as your grandparents, aunts, uncles, and non-custodial parents). You must include these distribution amounts.”

As The College Financial Lady reports, “Students get an income protection allowance of $6,840 plus the same tax allowances as parents. Income in excess of the allowance is assessed at 50%.”

From these two questions, you can see part of the complexity of this decision.

If the parent owns the 529 plan, then the asset is counted as a parent asset on the FAFSA and likely reduces aid by 5.64% each year but qualified distributions from that plan are excluded from the FAFSA

If the grandparent owns the 529 plan, then the assets are not counted but qualified distributions from the plan likely reduce aid by being counted at 50%.

The Case for a Grandparent 529 Plan

A reminder: The FAFSA has a two-year look back and uses the so-called prior-prior income. This fact can be used to get the best of both ownership options.

Most students attend college for four years. This means that their fourth year FAFSA will be the last one they need to file. During the fourth year of undergraduate, the distributions from the second year will be considered. That means that distributions after January of the student’s second/sophomore year could avoid FAFSA reporting assuming that the student attends college for 4 years.

In this way, a grandparent can distribute 529 funds to reimburse qualified expenses in the second half of college without interfering with financial aid.

Furthermore, with a bit more complexity they can also aid during the first half of college without interfering.

In this way, the grandparent can rollover funds sufficient to cover one year’s expenses from their VA529 account to a parent- or student-owned VA529 account each year after the FAFSA has been filed. Then, the student can reimburse for qualified expenses without it counting towards the FAFSA and, if your math was correct, empty the account before the end of the year so they have no assets to report on the FAFSA next year.

This technique effectively removes the 529 funds from being considered by the FAFSA.

Although a grandparent funded 529 account with frequent 529 rollovers may work on paper as a great FAFSA strategy, at the end of the day these yearly efforts are a cost on your time and resources in the name of rent-seeking. If the cost is too great, opt for an easier strategy.

The FAFSA calculations are incredibly complicated and are subject to change. It is hard to plan what is best for a young child who won’t be going to college for many years.

Plus for a VA529, whoever owns the account is the one who gets the state tax deduction. You might as well let that be you for now.

Photo by Feedyourvision from Pexels

Elizabeth Brew is a financial analyst with Marotta Wealth Management. She grew up in Belgium, Greece, and Kuwait and enjoys reading, solving puzzles, and finding new things to do in Charlottesville.