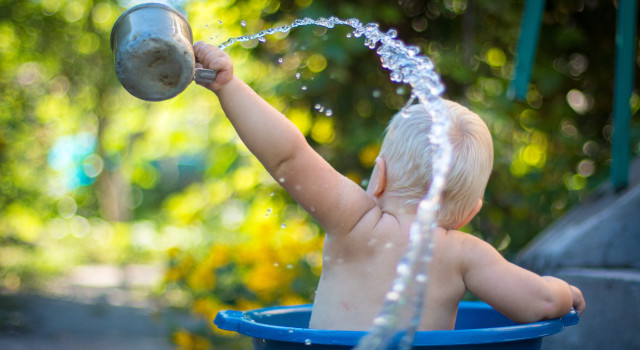 Emile Hallez has an interesting article on Behavioral Economics in Investment News entitled “Taming your inner bear .” The article is generally not bad, but it misuses the term “rebalance.”:

This year’s volatile market has tested many investors, some of whom have been caught up in a panic and sold at significant losses.

Some have rebalanced their portfolios, favoring less risky investments.

Rebalancing is not moving into less risky investments. That is not what anyone means by the term “rebalancing.”

Moving into less risky investments is changing your asset allocation, not rebalancing back to it. In fact, it is what we would call “flatlining,” panic-selling stocks and locking in your losses.

Since we use the term rebalance so frequently on this website, the misuse of the term was glaring and demanded comment.

Then, it means rebalancing back to these targets. In the current market environment where stocks have dropped, this would mean selling bonds and buying stocks.

The only way rebalancing means favoring risky investments at the moment is when stocks are down and bonds are up.

There are times when we adjust our asset allocation. But we would not call that process “rebalancing.”

As we wrote in “The Lower The Market Falls The More Important It Is To Stay Invested“:

No matter how far the market falls, we would recommend that you stay invested.

One advisors tells his clients, “You have experienced the risk, now do you want to stay around for the return?”

You can tell from the data that we started writing that article on March 20, 2020 and it was published on March 30th. The bottom of the markets happened to be on March 23rd. In retrospect, the advice was very sound.