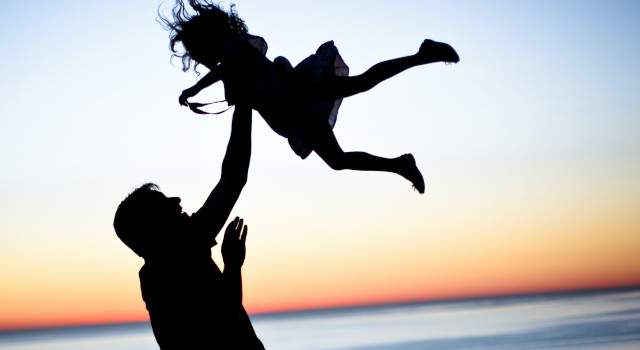 529 plans, or Qualified Tuition Programs as the federal government calls them, are specialized investment accounts to give tax-advantaged savings for education expenses.

Contributions to a Virginia 529 plan offer the account owner a Virginia state tax deduction. Then, distributions to reimburse for any qualified education expenses are distributed both state and federal tax-free.

When a 529 plan is set up, there are two important people associated with the account. The first is the account owner. The second is the beneficiary.

According to the U.S. Code 529(c)(2)(a), “Any contribution to a qualified tuition program on behalf of any designated beneficiary— (i) shall be treated as a completed gift to such beneficiary.” A “completed gift” means that the assets are no longer part of your own gross estate. This means that the assets are able to pass on to the next generation without being subject to estate tax.

This oddity means that you retain full control over the 529 plan even though it is removed from your taxable estate. What is more, the 529 plan is not included in the estate of the beneficiary either. Instead, the 529 plan sits as their own entity, much like a trust.

These features of a 529 plan have earned it the nickname “A Poor Man’s Trust.” The idea is that a 529 plan does not require the costly fees of an estate attorney to set up and yet provides generational estate support. In reality, it is the wealthy and poor alike who can benefit from this unique account type.

While we call a 529 plan’s owner “the account owner,” he or she is more like a trustee. She is able to direct what happens to the assets but does not own them.

As a result, you can change the account owner at any time to any person or entity so long as “no consideration is given or accepted for the transfer.” This means that you cannot sell, purchase, or barter with a 529 plan.

Reasons You May Want to Change Owners

The account owner has died, is incapacitated, or no longer wishes to serve.

When an account owner is no longer able to serve due to death or incapacitation, the successor owner takes control over the assets.

Many grandparents open 529 plans for their grandchildren to help with college savings. Sometimes, after the grandchild is done with their initial higher education, there is a balance still leftover in the 529 plan.

There are several options for what to do with the account.

You can always withdraw some of the funds even if you don’t have a qualified expense. Those non-qualified distributions from a 529 plan owe income taxes on the earnings as well as a 10% penalty on the earnings. These taxes are paid by the person who receives the distribution, either the account owner or the beneficiary.

You can also change the beneficiary of the assets to a new grandchild who may use the funds.

However, another option is that you could change the account holder from yourself to either your grandchild who is the beneficiary or to that child’s parents to simplify your finances. This enables them to do with the assets what they would like.

One time in particular you may want to consider changing the account owner would be to accommodate more advantageous FAFSA filing.

You may have set up your 529 plan one way when your child was younger, but now that they are approaching college you realize that the account titling hurts your child’s chance of receiving financial aid.

In this way, changing the account owner changes how the assets are reported on the FAFSA and may affect financial aid opportunities.

Many reasons that seem to fit in the rules but may also be abuse of the intent.

Anyone who is used to thinking of tax loopholes may immediately see the holes in the 529 plan rules.

Another example, you can contribute to an account for the benefit of someone else which then sits outside of your estate as a completed gift. However, account owners are also allowed to withdraw non-qualified distributions from the 529 plan for themselves. Does this give account holders a way to shelter funds for their own use outside of their estate?

The IRS is aware of these interesting predicaments. In their 2008–9 Internal Revenue Bulletin , the IRS explains their concern regarding these situations, writing:

Potential for Abuse of Section 529 Accounts

The IRS and the Treasury Department are aware of other situations where current law raises the potential for abuse of section 529 accounts. For example, abuse may also arise if a person contributes a large sum to an account for himself or herself and then changes the DB to a member of his or her family who is in the same or a higher generation (as determined in accordance with section 2651) as the contributor. The contributor’s contributions to his or her own account would not trigger the gift tax because an individual cannot make a gift to himself or herself. The contributor may claim that the subsequent change of DB to a member of the contributor’s family who is in the same or a higher generation avoids the gift tax under the special transfer tax rules of section 529. Abuse may also arise because contributions to accounts are treated as completed gifts to the DB even though the account owner (AO) may be able to withdraw the money at his or her discretion.

In the same bulletin, they proposed ideas of rules they could implement to prevent these actions. Among that section, they state:

The anti-abuse rule generally will deny the favorable transfer tax treatment under section 529 if contributions to those accounts are intended or used for purposes other than providing for the QHEEs of the DB (except to the extent otherwise allowable under section 529 or the corresponding regulations). The IRS and the Treasury Department anticipate that the anti-abuse rule will generally follow the steps in the overall transaction by focusing on the actual source of the funds for the contribution, the person who actually contributes the cash to the section 529 account, and the person who ultimately receives any distribution from the account. If it is determined that the transaction, in whole or in part, is inconsistent with the intent of section 529 and the regulations, taxpayers will not be able to rely on the favorable tax treatment provided in section 529. The anti-abuse rule will include examples such as those set forth above that provide clear guidance to taxpayers about the types of transactions considered abusive.
The IRS and the Treasury Department intend to monitor transactions involving section 529 accounts. If concerns regarding abuse continue, the IRS and the Treasury Department will consider adopting broader rules including, for example, rules limiting the circumstances under which a QTP may permit AOs to withdraw funds from accounts; limiting the circumstances under which there may be a change in DB; and limiting the circumstances under which the AO may name a different AO. These rules may be adopted in addition or as an alternative to the general anti-abuse rule.

From this note, you can see that the IRS is aware of the potential for massive wealth transfer and does not like it. They also show that they are not afraid to remove someone’s favorable tax treatment if they believe there has been abuse.

When changing the account owner or designated beneficiary, keep the spirit of the 529 legislation in mind and only make changes that assist the goal of supporting qualified education expenses for you and your family.

529 plans are intended for education savings.