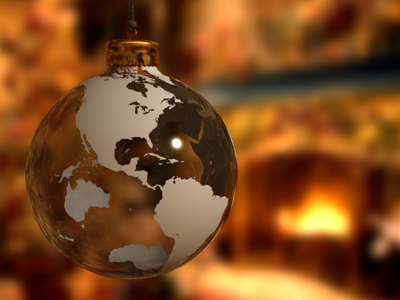 Finding countries where you can plant your investments in fertile soil may be one of the most important asset allocation decisions you make for the next several years.

In 2002 I coauthored a column with my father, George Marotta, entitled “Will the US Go the Way of Japan?” in the “Charlottesville Business Journal.” Our answer to the question was no. We argued that when the United States has an Enron go under, there isn’t a too-big-to-fail syndrome. But when a large Japanese company is in danger of failing, the government comes to the rescue. The company becomes a drag on their economy for the next decade or more.

In that column we wrote, “The ruthless culture that allows large companies to go bankrupt in the US hurts less in the long run than the Japanese style of business subsidies. In the US, the government keeps hands off business; in Japan the government interferes with the operations of business and commerce.”

My, how times have changed. Now, unfortunately, the United States is going the way of Japan.

Now Japan is struggling to recover from a devastating earthquake. I was asked recently if that tragedy would stimulate its economy. Regrettably, nothing could be further from the truth.

I would suggest that everyone read Henry Hazlitt’s classic “Economics in One Lesson: The Shortest and Surest Way to Understand Basic Economics.” In Chapter 2, “The Broken Window,” Hazlitt debunks the fallacy that a hoodlum throwing a brick through the window of a baker’s shop is somehow good for the economy.

Certainly the baker has to pay to have his window repaired, but now he only has his window back and no money to buy a new suit. The community is poorer one new suit that could have been made and in exchange simply got its window back. But the community doesn’t see what is never made.

The broken window fallacy may seem obvious, but it comes in many forms. Some pundits are mistakenly arguing that the earthquake and tsunami will be just the economic stimulus Japan needs to pull out of its malaise. This conclusion confuses need with demand.

In our country we print stimulus money and believe we have created wealth. Stimulus money may increase government spending, but the growth of government is a negative in the equation of economic prosperity. This fallacy mistakenly equates purchasing power with money.

Economic fallacies like these are “so prevalent,” Hazlitt writes, “that they have almost become a new orthodoxy. . . . The art of economics consists in looking not merely at the immediate but at the longer effects of any act or policy; it consist in tracing the consequences of that policy not merely for one group but for all groups.”

The politicians in many countries focus instead on the short-run effects on a special-interest group and ignore or belittle the long-run effects on the community as a whole.

Japan wasn’t the best place to invest even before March 11. Its economy is smaller now than it was in 1992. The MSCI Japan Index averaged an annual total return of -0.29% from March 1996 through February 2011. Japan dropped another 9% this month as a result of the earthquake. Most of Japan’s troubles have been self-inflicted by its own government. Freedom matters.

Japan scored 72.8 out of 100 (mostly free) in the Heritage Foundation’s Index of Economic Freedom. Since 1994, the Heritage Index has systematically measured economic freedom in countries worldwide. The foundation defines economic freedom as “the ability of individuals to control their own labor and property. In an economically free society, individuals are free to work, produce, consume, and invest in any way they please, with that freedom both protected by the state and unconstrained by the state.”

Overall Japan is the 20th most free country, which isn’t bad but is not great either. Not when 9 of the top 11 countries have large markets with easy ways to invest in them directly. In two important categories, Japan’s scores are particularly poor. It ranks 145th in fiscal freedom. The top corporate income tax rate is 41%, the highest in the world. Even Japan realizes this is too steep. Next month they are cutting that rate to 36%. The U.S. top corporate tax rate is 35%, rising to 39.5% in 2013.

Japan also ranks 114th in government spending. Japan has some of the highest sovereign debt and deficit. Their ratio of outstanding gross debt to gross domestic product has risen from 68% in 1990 to about 230% in 2010.

Freedom matters. You can’t afford to plant your investments in anything but fertile soil. If you simply invest in the MSCI EAFE foreign index, 22% of your investment is in Japan. What’s worse, about 65% is in countries with low economic freedom and a high debt and deficit.

Today, perhaps more than ever before, may be the time to overweight very specific foreign countries with low debt and deficit and high economic freedom. Put your investments in fertile soil where they can grow unimpeded.

I will be presenting an analysis of each country you should overweight in your portfolio at this week’s NAPFA Consumer Education Foundation meeting, “Where in the World Should I Invest?” This presentation will describe what could be the most important trend to follow in today’s sovereign debt investment landscape. The talk, which will take place on Tuesday, March 29, 2011, at the Charlottesville Northside Library Meeting Room from 7 to 8 p.m. with a question-and-answer session to follow, is free and open to the public.