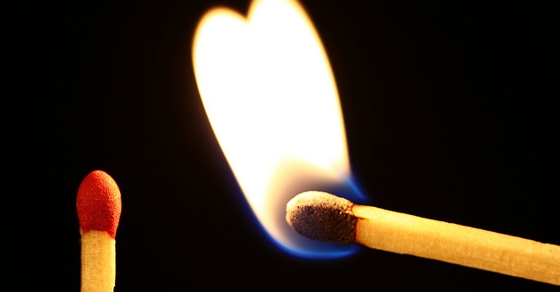 Turnover is the measure of what percentage of the stocks making up a fund are sold and exchanged for new ones.

For example, a turnover rate of 50% indicates that half the stocks in a fund were sold for new stocks in the past year, or that 25% of the fund’s stocks were sold and each of the new stocks were then sold again within the year. Bond funds also have turnover rates, but the principles are different and deserve an article of their own. In this article we will only focus on turnover rate in funds made up of stocks.

Most index funds have a low turnover because the entire point of the fund is that it tracks an index and indexes don’t often change their investments. Actively managed funds, however, have a higher turnover as the fund manager tries to predict the market’s movements, buying and selling accordingly. High turnover in a stock fund usually indicates that it is actively managed.

Turnover is therefore a measure of the fund manager’s belief that short term trading will produce superior returns.

ROSFX has a higher than average 3-year average return as of 3/31/2015 for small cap mutual funds with a 3-year annualized return of 18.32%. As of this writing, its turnover rate is 131%, while the average turnover rate for an actively managed stock fund is 130% . Vanguard Small-Cap Value ETF (VBR) has a turnover rate of just 12.40% and Dimensional US Small Cap Value Portfolio I (DFSVX) 9%.

Funds with higher than average turnover rates often have higher than normal expense ratios to compensate the fund’s managers for the extra trading they do. Most of the time, none of this is beneficial to the investor. ROSFX’s expense ratio is 1.28%, but VBR’s is only 0.09% and DFSVX’s is 0.53%.

Funds with a high turnover rate are also more likely to risk drifting from investing sector to another. There is no way for an investor to know what an active fund manager’s strategy investment strategy is because they may keep changing it (hence, high turnover). Returns are inherently uncertain, but what you choose to invest in shouldn’t be.

While ROSFX is currently categorized as a US Small Cap Value fund, it has 4.96% non-US stock and weights technology, consumer cyclical, and healthcare higher than the S&P 500. Even if you prefer over weighting these sectors today, there is no guarantee that the fund manager will continue this strategy in the future, and therein lies the danger. High turnover introduces a conflict of strategies between the investors’ and the manager’s goals.

Despite ROSFX’s superior performance over the past 3 years, its turnover rate compared to VBR and DFSVX is troubling. It has higher fees, is less diversified, and while calling itself a “Small Cap Value” fund, its composition differs from what most investors would expect from a U.S. Small Cap Value fund. All of these indicate that ROSFX’s manager is more inclined to gamble with your returns than others. These gambles often don’t win; a blindfolded monkey throwing darts might serve you better than most active managers.

ROSFX may look like a good deal from its past performance, but beware the turnover rate. It’s much wiser to invest in funds managed by people you trust than those who underperform blindfolded monkeys.