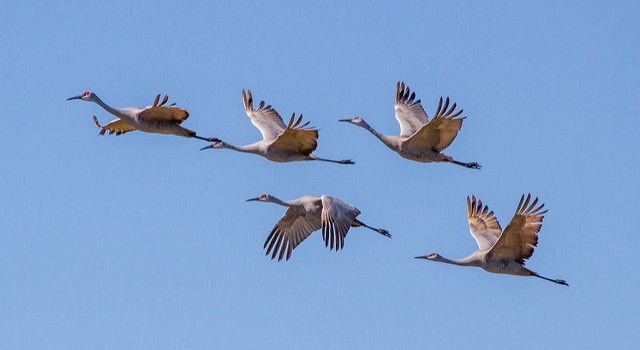 In anticipation of adjusting our yearly gone-fishing portfolios, I reviewed the performance of five US large-cap Exchange-Traded Funds (ETFs):

Eleven of the thirteen ETFs in our standard portfolio, including VOO, have transaction fees, usually of $8.95 when traded. This expense is insignificant when trading $10,000, amounting to an additional cost of 0.0895% of the amount traded. However, when rebalancing amounts of a few hundred dollars, it is prohibitive. Imagine trading a position of $300. An $8.95 fee on that position amounts to an additional 2.98% of expense.

This led me to SCHX and QUS, both of which have no transaction fees under the Schwab platform. Schwab has made an effort to create ETFs with lower expense ratios than similar Vanguard funds, and so SCHX has the lowest expense ratio of the five funds analyzed.

I chose to include QUS because it is based on an index which uses three factors to screen over weighting certain types of stocks: value, quality, and low-volatility. I recently did an analysis of “Using Factor Investing To Boost Country Specific Returns” and found that SPDR funds using factors had boosted returns of the index funds for Canada, Australia, and Germany. Although QUS has the highest expense ratio of the five at 0.30%, that is still very low overall. QUS is a relatively recent fund having been started 4/30/2015. This makes historical comparisons possible, but only in the short-term. 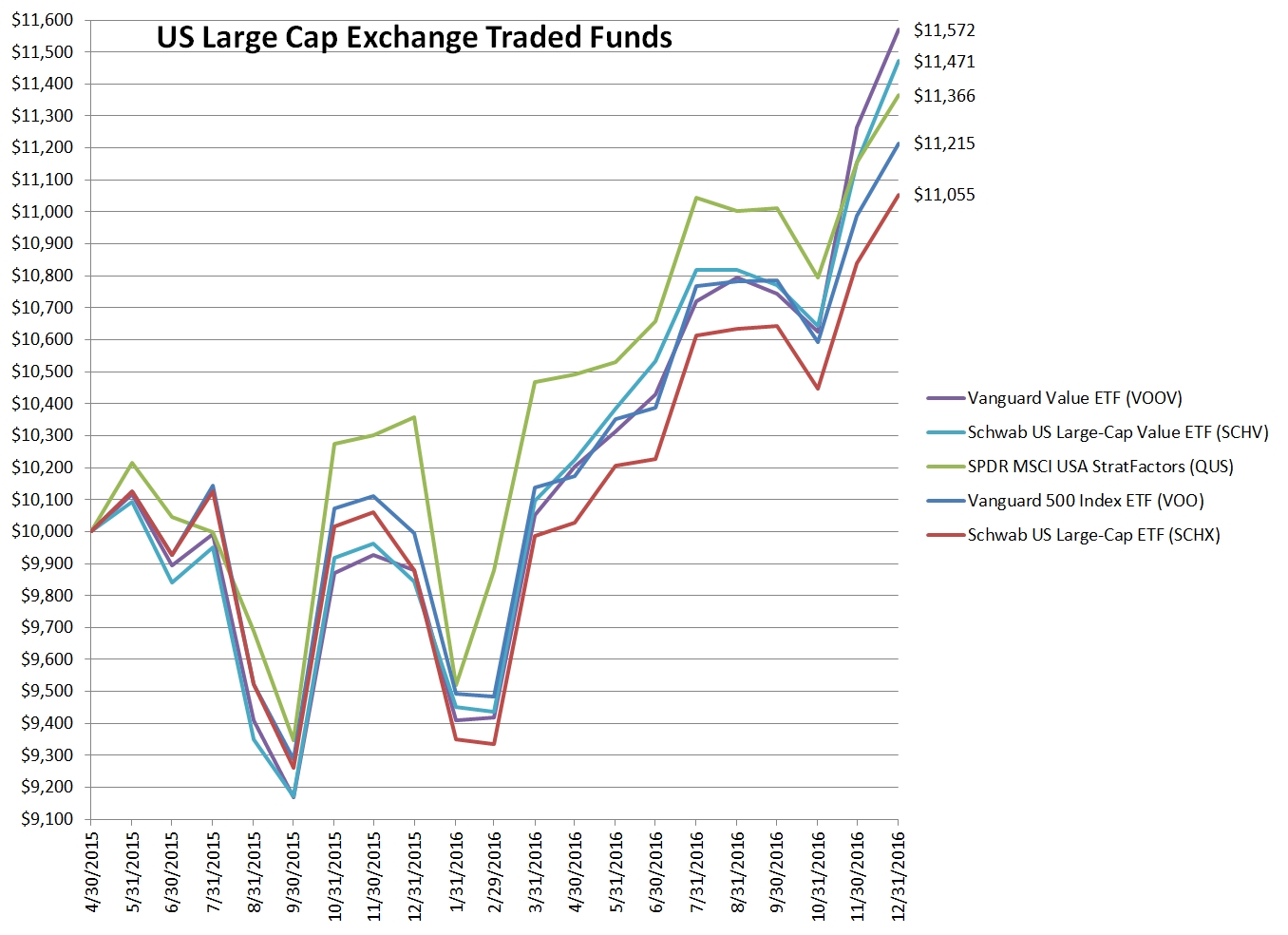 I included SCHV and VOOV in the analysis even though they have transaction fees to see if their performance relative to QUS might give a hint as to why QUS outperformed VOO and SCHX. Greater tilts toward value tend to perform better over the long-term and perhaps QUS stronger performance was due to a greater value tilt compared to VOO and SCHX.

SCHV and VOOV both have larger tilts toward value than QUS and outperformed it as value soared ahead in the last two months of the analyzed time period. However, I was surprised to find that QUS has a comparable value tilt to the two funds it outperformed.

Here are the Morningstar stylebox analyses of each of the funds:

There is no guarantee that factors which outperform over the long-term will do the same over the short-term. Here, a large value tilt strengthened SCHV and VOOV compared to the other three funds, but QUS outperformed VOO and SCHX without a correspondingly higher tilt toward value.

Statistically, the long-term is defined as multiple decades. QUS does not have that kind of history to prove the wisdom of its investment strategy, but the factors which QUS uses are still wise choices for the long-term.

For those reasons, I think QUS is a good addition to our new gone-fishing portfolio comprised of no-transaction fee funds under the Schwab platform.