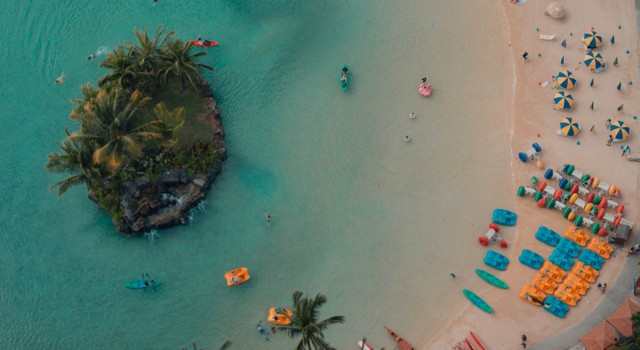 A mutual fund is an investment fund that pools money from many different investors to purchase specific securities. Flows into and out of the fund are valued each day at the 4pm closing of the stock market. Mutual fund managers later decide what to purchase or sell within the fund.

ETFs have at least a dozen significant benefits over mutual funds and only a few disadvantages.

Advantages of ETFs Over Mutual Funds

1. Little Or No Capital Gains Until You Decide To Sell: Mutual funds can kick off capital gains in taxable account as the underlying fund composition changes. Since shares of an ETF are assembled when you purchase a share and are not disassembled until you sell, capital gains are not realized until you decide to sell the ETF.

3. Transparency: Mutual funds are only required to disclose their portfolio quarterly and even then the disclosure can lag by 30 days. With a mutual fund you are not sure what the fund is actually holding at any given time. Since shares of a ETF must be assembled when you purchase them, the list of securities which comprise a share must be disclosed, usually on a daily basis.

4. Little Or No Style Drift: Mutual funds, especially actively management mutual funds, can and often do invest in whatever opportunity the manager wants. For those who ascribe to some version of the efficient market hypothesis and believe in modern portfolio theory or factor investing, active management is detrimental to portfolio construction. If a fund has been purchased to fulfill a specific role in a portfolio, investors don’t want the style of that fund to drift. ETFs based on indexes experience little or no style drift.

7. No Minimum Initial Investment: Sometimes a mutual fund will have a minimum initial investment. With an ETF you can buy a single share. This is especially helpful for low cost ETFs which have no transaction fee.

8. Traded Throughout The Day: When you purchase a mutual fund, you receive a price based on the 4pm valuation of the funds assets. ETFs on the other hand can be traded throughout the day.

9. Hold Less Cash: Mutual funds can and often do hold significant amounts of cash as shares are purchased or redeemed. ETFs do not need to hold cash as the component shares are assembled or disassembled with purchases or redemptions.

10. Can Support Options: Since ETFs act like securities, they can support options. You can, for example, sell an ETF short or buy or sell a put or call on an ETF. While trading options is not often advisable, it is at least supported with ETFs.

11. Based On An Index. Although there are a few actively managed ETFs, most ETFs are based on an index. Many of the perceived benefits of ETFs stem from being based on an index such as their lower expense ratios. Some mutual funds are also based on an index and therefore share some of the same benefits as ETFs. Even for those who believe in index investing, there are tens of thousand of indexes to choose from. The S&P 500 is just a single cap-weighted index representing only a selection of large cap U.S. stocks. Modern Portfolio Theory would suggest crafting a diversified portfolio of non-correlated assets which outperform as a group for the risk they take.

12. Should Have A More Consistent Return: Since an ETF is based on an index it will probably have a more consistent return for the category it is invested in. An actively managed mutual fund will over or under weight stocks within an index. This will produce a return which may be wildly better or worse than the index. Proponents of the efficient market hypothesis would argue that this diversity of returns is just as likely to wildly under perform as it is to over perform. This fund randomness is in addition to the normal volatility of the index itself.

ETFs are superior to mutual funds in these significant ways. They have only a few disadvantages, but none of these limitations are as significant as the advantages.

2. Are Not Actively Managed: While many financial advisors would view not being actively managed as an advantage, some would argue the opposite. Many expensive funds are sold on the idea that they are “worth it” because they have a manager who has supposedly “beaten” the market over a long time period. There are at least two common ways that managers “beat” the market over a long period of time.

The first is to start multiple funds knowing that from random chance some of them will wildly beat the market while others will significantly under perform. Fund companies can then close the under performing funds and are left with nothing but supposedly exceptional funds. This technique of obfuscation discounts the grave yard of closed mutual funds.

The second method of beating a benchmark is to consistently include enough stocks from a better performing sector to boost returns without including enough to be compared to a different index. For example, a fund could invest 80% of its assets in S&P 500 companies. This is significant enough such that it will probably be measured against an S&P 500 Index. The remaining 20% could be investing in Mid-Cap Value stocks. Since Mid-Cap Value generally has better returns than the S&P 500 the fund as a whole is likely to outperform its S&P 500 Index. If the fund is also burdened with higher than normal fees, it would have been better to put 80% of your money in a low cost S&P 500 Fund and the remaining 20% in a low cost Mid-Cap Value Fund. This blend of two low cost Index funds would likely have a better return than the so-called actively managed fund.

Photo by Andrew Tanglao on Unsplash