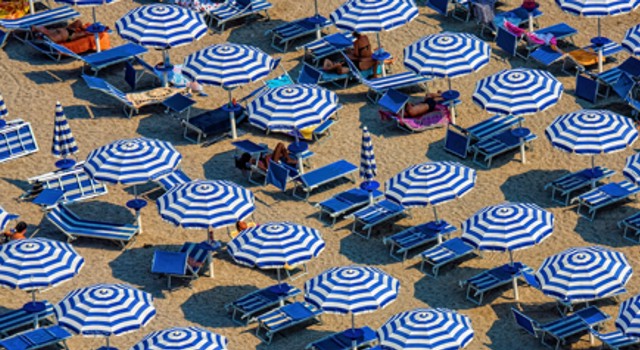 The very day that I was working on updating the Marotta’s 2017 TD Ameritrade Gone-Fishing Portfolio Calculator, I received an email from TD Ameritrade which began:

And as I reviewed the new “expanded” list of exchange traded funds, I found that none of the funds I used this year will continue to be available.

TD Ameritrade dropped 84 of the 100 funds which had been on the list. They dropped all of the Vanguard ETFs and many of the iShares style box ETFs and country specific ETFs.

If you are looking for a reason why TD Ameritrade is removing all of the Vanguard ETFs and most of the iShares ETFs, it is probably not for the sake of their valued clients.

On a line at the bottom of the list of funds there is an entire screen of grey-faded micro print which includes this telling disclosure:

TD Ameritrade receives remuneration from certain ETFs (exchange-traded funds) that participate in the commission-free ETF program for shareholder, administrative and/or other services.

In other words, TD Ameritrade is now enforcing a pay-to-play for their so-called commission-free exchange-traded funds. They are willing to forego their $6.95 trading commission in favor of remuneration directly from the ETF vendors. Because Vanguard refuses to pay such money to custodians, they are no longer being allowed to play.

No wonder they are “happy” to make the announcement.

We prefer not to invest in any fund with an expense ratio of 0.50% or higher. And the only funds we use that come close to that mark are the country specific ETFs where we think the expected mean return justifies risking the slightly higher expense ratio. Tripling the number of funds is of no benefit to the client when they are all funds we would exclude based on expense ratio alone. We only need a dozen low-cost funds to build a diversified portfolio.

TD Ameritrade has purposefully obfuscated the higher expense ratios. Their website currently mixes the old and new funds together. But when I sorted the list of funds by expense ratio I could not find any funds on the entire first screen which would be continuing. And the list of new funds they made available had no expense ratio listed. In fact, the secured PDF they provided made it impossible to even copy the text of the ticker symbols because they made the document as an image.

Joseph Giannone, a TD Ameritrade spokesman, was quoted as saying , “With any business decision, client needs are paramount, but the underlying economics of programs can’t be ignored. … In line with industry practices, certain providers pay servicing, administrative or other fees. Vanguard elected not to be a part of the new program.”

Industry practices of broker-dealers have been to fleece clients for as much money as possible. I would have thought that TD Ameritrade was better than “industry practices.”

TD Ameritrade deserves all of the customer complaints, corporate scorn, and industry derision aimed at them for making this decision and implementing it in this manner. They removed Vanguard funds from their lineup in exactly the same manner as other commission-based custodians such as Morgan Stanley, Ameriprise, and Wells Fargo. And they are giving investors mere weeks to sell their existing shares and purchase something in the new lineup. Starting November 21, 2017, most of the existing funds in the program will no longer be allowed to participate.

The advantage of no-transaction-fee ETFs is that you can purchase a single share for $35 and not have to pay $6.95 in a trading commission. This allows investors to rebalance easily, buying or selling just a couple of shares. But if you own two shares after TD Ameritrade drops that fund from the program, selling those two shares will cost you about 10% of the total value. On account of the funds being dropped from the list, investors may want to sell their current shares now while there isn’t a sales commission and purchase funds being added. But selling the current funds may trigger capital gains and the accompanying tax owed if they are held in a taxable account. This decision was clearly not with the customer’s best interests in mind nor with fiduciary advisors trying to put their customer’s interests first.

I took the time to retype all of the fund tickers in order to analyze the new funds in Morningstar’s Advisor Workstation and fi360’s Investment Analyzer to find the few funds which can now be used to craft a low-cost asset allocation.

The resulting Marotta’s 2018 TD Ameritrade No-Transaction Fee Gone-Fishing Asset Allocation has just 8 funds. Five of them are SPDR ETFs, two are iShares ETFs and one is from Wisdom Tree. There is no opportunity for Freedom Investing. On the positive side, by carefully selecting the 8 funds we did, the resulting portfolio recommendation for a 40-year old has an expense ratio of just 0.19%.