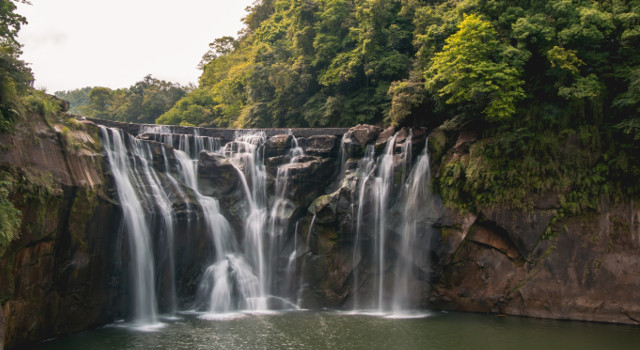 Corporate executives today are held in very low esteem. Many believe that executive pay is excessive and something must be done to bring it down to more justifiable levels. Actually, each of us strives to do the best we can, and that effort automatically serves the larger common good. Although the average annual income for Americans is $26,000, a few earn megabucks as entertainers, athletes, corporate executives and business owners.

Periodically, business magazines will chronicle the wealthiest among us such as Bill Gates and Warren Buffet. Many started with a timely idea, risked their own money, and then hit it big. Gates’ computer operating system helped to improve our productivity. Buffet’s investment prowess helped millions increase their wealth.

It was the same at the start of the 20th century. Men such as Andrew Carnegie (steel), John D. Rockefeller (oil), and Leland Stanford (railroads) saw emerging opportunities, took chances, and created superior companies and technologies. However, their aggressive practices later brought forth a large degree of criticism and then legislation aimed at restricting their wealth and power. Will we see that happen again to today’s barons of industry? Or will today’s much-hailed “democratization of wealth” carry the day?

One of the most popular TV programs today is “Who wants to be a Millionaire.” However, that level of wealth is not so rare. In fact, millionaires are becoming rather commonplace. Over seven million households now have a net worth of over $1 million. That is five times the number that existed in 1989. The odds of someone becoming a millionaire through personal efforts are good — about one in five. Many workers hope to have a million dollars in their 401(k) plan at retirement in order to enjoy the good life.

The interest of the middle class in generating wealth helped to spur many of the activities that are today being criticized. Middle-class investors were eager in the 1990s to see their mutual funds and stock holdings rise, so that they could purchase what they desired and save for their retirement years. With investors focused on corporate performance – especially as measured by stock price – corporations reacted predictably.

A few went to the extreme of using fraudulent accounting to achieve higher stock prices. Executive greed and impotent boards of directors resulted in the destruction of several corporations. However, the improper actions of a few individuals and corporations should not undermine the more basic concept: The U.S. economy and the U.S. consumer enjoyed tremendous benefits from corporations’ and individuals’ pursuit of wealth. That’s why I personally have no problem with individuals earning really high salaries or possessing levels of wealth that others might consider “excessive.”

I say, “Let the rich be rich!” After all, what can they do with their wealth? For one, they can spend it. That’s good, as jobs are created for those who provide the goods and services. Also, they can save the portion that is not spent. That results in higher national savings, and helps to lower interest rates for those who save little, but pay interest on credit cards and mortgages. The wealthy contribute to charities, and all agree that serves good purposes.

In other words, there is no way that the wealthy can do well, and not also “do good” for our economy and society. If some refer to that phenomenon as the “trickle down economic theory,” then so be it. But let’s not give support to the envy factor that is naturally built into many persons, including Osama bin Laden and the Al Qaeda who attacked the wealthy and capitalistic symbol of the World Trade Center.

Each person can best help society by developing his or her talents to the fullest. In the process, some will earn very large incomes, but that’s OK, as their wealth will automatically be put to work in so many beneficial ways.

Abraham Lincoln said it best: “You cannot help the poor by destroying the rich. You cannot lift the wage earner up by pulling the wage payer down. You cannot further the brotherhood of man by inciting class hatred.” Those exhortations continue to be relevant today.