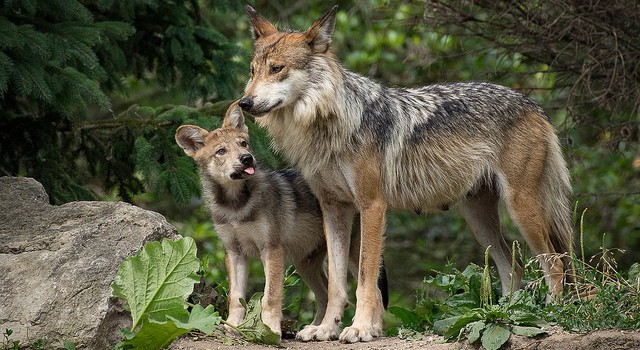 Dozens of fund families have filed to roll out the new share classes. What’s wrong with A shares? Typically, A shares charge a higher commission according to the product: Stock funds usually charge about 5.75%, while bond funds typically charge less.

The problem, under Department of Labor (DOL) logic, is that brokers would have an incentive to sell the higher-commission products at the expense of those with lower commissions. “After the legislation passed, money managers and brokers were trying to figure out what this means,” Mr. Rekenthaler said. “Fund companies asked if the rule meant that commission trades would be eliminated. The DOL response was no, but you can’t have a higher load on one fund than another.”

Most of the distributors settled on the 2.5% sales charge and 0.25% 12-b(1) fee, Mr. Rekenthaler said, but companies are free to charge higher fees as long as they are the same across all funds.

In April of 2016, I wrote about how the Department of Labor’s attempt to put a fiduciary rule in place would result in so many exceptions to the rule that the term “fiduciary” would lose it’s meaning. And in a recent article, “Commission-Based Firms Admit They Don’t Provide Advice,” I reported that the DOL had created a fiduciary exemption for indexed fixed annuities, a terrible product which is rarely, if ever, in the best interests of the client.

Now the DOL has ruled that although you can’t have a higher load on one fund than another, you can still put clients into loaded funds when superior no-load funds exist.

When fund companies asked if the rule meant that commission trades would be eliminated, the correct fiduciary answer should have been “yes.”

According to the Center for Fiduciary Studies , “The fundamental duty of the Investment Advisor is to act solely in the best interest of another party, such as a financial planning client.” They go on to define what a conflict of interest is, and how they should be dealt with in their “Prudent Practices for Investment Advisors”:

A good working definition of a conflict of interest is a circumstance that makes fulfillment of the duty of loyalty less reliable. It is important to understand that it is the circumstance itself that creates a conflict; there is no such thing as a “potential” conflict. The conflict either exists or it doesn’t; whether a conflicted party’s conduct changes as a result of the conflict is a separate matter. The very suspicion of a conflict of interest usually means that one does, in fact, exist. Whenever possible, the best solution is to avoid situations or relationships that give rise to conflicts.

If the adviser were acting “solely in the best interests” of the client, he or she would select funds which are best for the client. The best funds for the client are most often funds which do not have a front end load nor do they have a trailing 12b-1 fee. Since the commission-based salesperson’s compensation is limited to commission-based funds, he or she is not able to even consider some of the very best fund choices. The way your advisor is compensated matters.

Creating a T-share class for which all mutual fund companies can collude to set a 2.5% front end load and a trailing 0.25% 12b-1 fee does not eliminate the conflict of interest. It simply means that all these companies, and the DOL, have agreed on its size.

For those who don’t know what a 12b-1 fee is, we wrote in an article, “Are You Paying for Your Fund’s Advertising?“:

If you own some mutual funds, chances are you are paying a hefty marketing price. This marketing expense is called the 12b-1 fee. The annual fee not only reduces your earnings, but it may also jeopardizes whether or not your investment advice is unbiased or self-serving.

Initially adopted by the SEC in 1980 to stimulate growth for struggling mutual funds, the SEC 12b-1 regulation allows fund managers to pay up to 1% out of fund assets for distribution costs such as advertising, sales literature, literature distribution and, most importantly, compensation to the brokers who sell them to you.

The logic behind such advertising fees was to provide a temporary means for fledgling mutual funds to quickly increase assets through promotion and advertising. By attracting new investors, mutual funds could achieve higher levels of operating efficiency, thereby reducing overhead and passing on savings to the shareholders. Now, over thirty-five years later, it seems 12b-1 fees are costing shareholders more than ever and are here to stay.

The creation of a T-share class is exactly what fiduciary advocates expected from the industry in response to a mistakenly rules-based approach. The commission-based so-called financial “advisors” got together and negotiated with the Department of Labor to reduce their gouging to 2.5% plus 0.25%. But any measure of selecting funds based on how they compensate the salesperson fails the high principles-based standard of fiduciary care. Expense ratios and 12b-1 fees are just two of the many hidden fees of commission-based firms.

A good financial advisor is worth compensating. But to be worth compensating, the financial advisor has to be good. The average salesperson does not provide advice on anything other than investing. Their investing advice is usually limited to recommending the funds for which they receive compensation. If you aren’t sure how your adviser is compensated, we’ve written an article on how you can check their required Securities and Exchange Commission filing to see if they really are fee-only.

We give our investment advice away for free each year in a series of gone-fishing portfolios comprised of low-cost funds which we believe are superior to the average collection of loaded mutual funds. And while we believe that crafting an asset allocation which gives you the best chance of meeting your goals is extremely valuable, we believe an even greater value is gained by comprehensive wealth management. Unlike the self-serving salespeople who are now being allowed to call themselves fiduciaries, investment advice is only the beginning of the services we offer.

You deserve to have a fee-only fiduciary as your financial advisor, not someone whose business model rewards coercing you into investments for the salesman’s benefit, not yours.