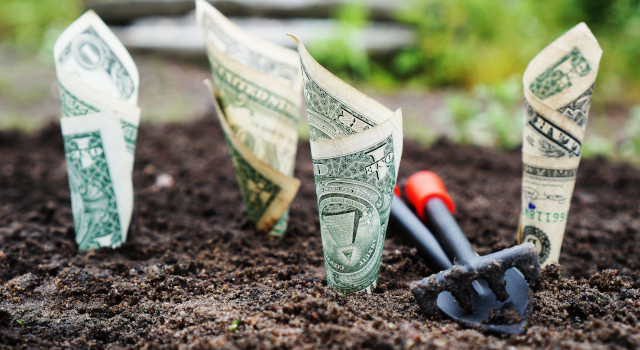 This year the government reduced Social Security taxes by 2%. More than 150 million workers will receive up to $2,136 each. The assumption is we can spend our way out of unemployment. You should boost your savings rate by 2% to ensure you don’t fall behind on your retirement savings.

We can’t spend our way out of economic trouble as a country any more than we can grow taller by pulling on our shoestrings. Increased spending is an indicator of economic health only when it follows increased production and earnings. Rich people generally spend more. But that certainly is not what makes them rich.

A far better scenario would be if we as a country tried to save and invest our way out of a recession. Imagine if everyone invested their rebate by creating new businesses or building factories. Then we as a nation would produce more. Increased annual production could be sold, which would increase our gross domestic product.

Consuming more goods doesn’t really help our economy when half the stuff we buy comes from China anyway. In fact, deferred consumption is the definition of capital and would allow us to use that money to build more productive companies. It would lower unemployment and reduce inflation.

President Bush tried the exact same gimmick in May 2008, issuing tax rebates in the form of stimulus checks. I responded just as vehemently that the rebate was a cheap insult directed at the American people and free markets. Every time the government bureaucracy engages in centralized spending plans, the economy is weakened. They believe they are better off, but workers will actually be poorer if the check increases their spending habits by even a penny.

The United Auto Workers supports the idea of the payroll tax cut. They claim, “Working families will likely spend this money in their local communities, creating jobs and stimulating overall growth.” Anyone who spends more than 4% actually loses ground in saving toward retirement. Thwart the UAW’s advice and start saving and investing an additional 2% of your income this year.

To replace your income and be financially independent at a reasonable age, you should be saving 15% of your take-home pay toward your retirement. I received the following reply to that advice from one of my readers. She wrote, “Few people I know, except for well-paid professionals, can save 15% of their income for long-term retirement goals. . . . Sorry, but most people don’t live in this author’s rosy world.”

No matter what your salary, there are people living comfortably off 15% less money and still managing to save 15% of their smaller salary. We could easily begin to ask uncomfortable questions about this reader’s lifestyle. We might find at least 15% in discretionary spending that more frugal people could easily eliminate. My reader would have made a more convincing argument if she said we are already being taxed more than 15%, which ought to be enough.

Of the 12.4% for Social Security, 6.2% is deducted from the employee’s paycheck. The other 6.2% is withheld by the employer, who reduces salaries accordingly. In truth, without these government-imposed taxes, the labor market would settle at paying employees 15.3% higher wages. Management doesn’t care whose share it comes out of. Either way employees bear the burden of the entire tax.

Saving 15.3% over a working career ought to provide all employees with a retirement income at or greater than their wage during their working years. Instead, the return on Social Security investment is minuscule if you are a rich white woman and negative if you are a poor black man. Nonworking spouses, who never contributed anything to Social Security, are the only group that can claim to have won in the exchange.

White House economic adviser Jason Furman said, “The payroll tax cut has absolutely no effect on the solvency of Social Security.” Only in Washington do they pretend the emperor is clothed. How can collecting $112 billion less in Social Security taxes have no effect?

The Treasury Department has been instructed to replenish Social Security with additional borrowed money against Treasury bills. The entire Social Security fund is a stack of IOUs written against future tax collection. So I guess adding a few more without first squandering and spending revenue doesn’t really change the solvency. In other words, the system is bankrupt either way.

Take ownership of your own financial security and increase the rate you are saving and investing by at least the 2% Social Security tax cut.