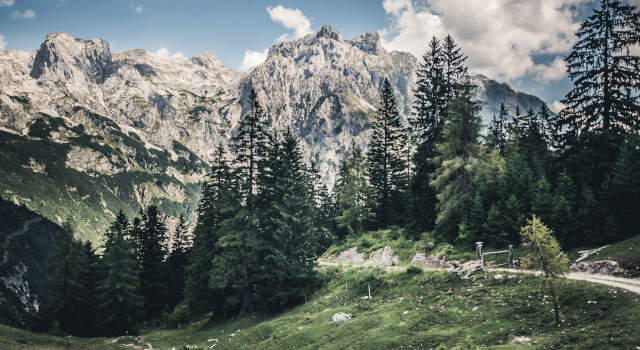 In Austria our soccer team visited the Hallein Salt Mine about 30 miles south of Salzburg.

The town of Hallein was first settled by the Celts who named the town. The word “hall” means “salt” in Celtic. It is believed that people were mining salt in the area as early as 2500 BC. But it is the time when Salzburg was an ecclesiastical principality that marks the high point of the salt mine.

We started our tour by dressing in the traditional miner’s outfit of white overalls and straddling benches on a miniature train. We screamed as another train passed us in the narrow tunnel under the mountain.

During our adventure in the heart of the mine we watched several multi-media presentations about the Archbishop Wolf Dietrich von Raitenau’s control of the salt mines during the late 1500’s. Wolf Dietrich had fifteen children with his lover Salome for whom he built the Mirabell Palace and Mirabell Gardens in 1606. Our guide spoke German, English and Italian, and had his comedic timing down in all three.

Salt was called the “white gold” because the value of salt in ancient time was enormous. Prior to refrigeration, freeze-drying, and canning, salt was a primary means of preserving food.

Until recently, salt was so valuable that it was used as money. Slaves were traded for salt in ancient Greece and it was said that a poor slave was not “worth his salt.” Ancient Rome paid its soldiers money for salt called a “salarium argentum” from which we get the word salary. The first tax ever was a tax on salt by the Chinese Emperor Hsia Yu around 2200 BC.

To go deeper into the heart of the mine we had to sit on smooth banister rails and slide in groups down a 50 foot long slide. Being with a 14 year old girl’s soccer team, our screams and laughter echoed throughout the entire mine. Then we took a boat ride in a subterranean cavern across a saltwater pond accompanied by eerie sounds and surreal lighting.

Salt, as a business investment, acted much like other hard assets today, such as oil, the black gold, or even actual gold itself. Hard asset stocks are a completely different asset category and one in which we believe each investor should be appropriately invested in. Hard asset stocks include any commodity based companies such as oil, natural gas, precious metals, lumber, and real estate. We invest in the publicly traded companies that produce these commodities, not the commodities themselves. So we invest in gold mining companies, not gold bullion.

During times of inflation or a dropping dollar, bond investments lose their purchasing power. Having enough hard asset investments to balance your bond holdings is important to help preserve the buying power of your investments. Otherwise they drop too precipitously.

Lessons about the white gold from ancient salt mines are just as applicable today to the black gold of oil reserves.

Since salt was an essential commodity, anyone who significantly controlled the supply could artificially raise the price. Austria and Bavaria together controlled all the major salt sources in Central Europe, but they only cooperated for the 40 years following the Rosenheimer Salt Trade Agreement in 1649.

Cartels generally don’t last much longer than that. While they are effective and disruptive in the long run, they are inherently unstable economic structures in the short run. While it appears that members of a cartel all do better when they cooperate, any one member does the best when everyone else cooperates but they cheat. Since there is an incentive for each member to cheat, they all ultimately end up cheating, and free markets resume. Since being formed in 1960 and staging the oil embargo of the 1970s, the oil cartel OPEC has largely lost its ability to set prices.

Also, when a cartel pushes the cost of an essential commodity too high, innovative people find an alternate way to make the commodity obsolete. For a while there was a flourishing trade in contraband salt. Later, refrigeration, pasteurization, and canning made salt much less important. Likewise, alternate energy sources such as wind, hydro, and nuclear are pressing to replace oil.

So when you are tempted to worry about high gasoline prices and who controls the world’s oil, just take it with a grain of salt.

Photo by Thomas Q on Unsplash