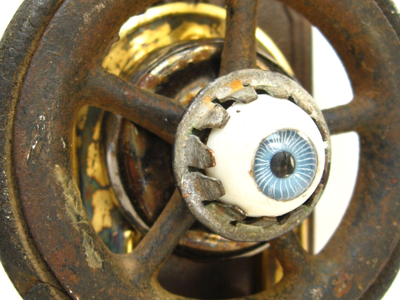 Congress passed the Foreign Intelligence Surveillance Act (FISA) in 1978 specifically to restrict the surveillance of U.S. citizens by the National Security Agency (NSA). It was enacted after a series of investigations by Senate committees into the legality of domestic intelligence activities.

FISA limits what the NSA can do. It requires the target of any data collection to be “a foreign power or agent of a foreign power.” FISA also demands probable cause to believe the target is engaged in international terrorism.

Because FISA restricts NSA action to only targeting foreign powers, the Foreign Intelligence Surveillance Court (FISC) was not seen as adversarial. The court was simply supposed to determine if the NSA’s targeting met FISA restrictions. It was not expected to defend infringements on American freedoms. As a result, the court only required a judge and not an opposing counsel.

Furthermore, FISC only hears evidence presented by the Department of Justice. The three-judge panel is appointed by the Chief Justice of the Supreme Court without any appointment or approval from Congress. There is no release of court proceedings. Sometimes judges do publish opinion pieces. Laura Donohue, director of Georgetown’s Center on National Security and the Law, reported, “The court is now issuing memorandum opinions, which was not a role envisioned by it, . . . those memorandum opinions include carve-outs for the Fourth Amendment, . . . and the Foreign Intelligence Surveillance Court has begun to refer to its own opinions as precedent for granting future orders.”

Instead of ensuring that FISA restrictions are met, the FISC is now approving blanket surveillance plans based on the promise the NSA itself will ensure they meet the restrictions. Thus the FISC is delegating its only intended purpose of allowing a check on the NSA to the NSA.

Two other provisions of FISA are also being violated.

The 2001 FISA amendment, the Patriot Act, requires “that the information likely to be obtained . . . is relevant to an ongoing investigation to protect against international terrorism or clandestine intelligence activities.”

The word “relevant” was intended to limit surveillance. However, FISC has made the word meaningless, arguing that everything is relevant to counterterrorism. After all, metadata, phone calls, e-mail, and more need to be collected to find out if they were related to terrorism.

As for the “ongoing investigation” clause of the Patriot Act, Donohue reported, “the thing about authorized investigations under the Attorney General guidelines, is that they have to be met prior to the collection of information. And yet they are collecting information that will be relevant to subsequent investigations, the investigations have not yet come into being.”

FISA requires that any information acquired be obtainable through subpoena duces tecum. This court summons instructs specific individuals to bring evidence relevant to a past event or crime with them to court. However, the FISC is allowing the collection of metadata of all Americans, which could never be obtained via any subpoena.

In a March 2009 opinion, Judge Reggie Walton, presiding judge of the FISC, acknowledged that the information being collected by the NSA could not be obtained by any other legal instrument. However, this means Judge Walton knows the information cannot be obtained via subpoena as FISA requires. “What is remarkable is that is actually acknowledging it is illegal,” Donohue said.

Given the power and breadth of NSA surveillance, we should not be surprised that multiple abuses have come to light. NSA employees spied on their girlfriends, checked their husbands’ phone records and indulged in other curiosity-driven fishing expeditions.

Although these were serious felonies, none of these cases were prosecuted. Many were only discovered when family members complained and the employees confessed.

At the time we were told these were a few isolated abuses. But an internal agency audit leaked by Edward Snowden showed 2,776 incidents of violations in a single year.

Now we learn the NSA is spying on the Internet habits of anyone it considers a radicalizer in an attempt to find evidence to discredit their opinions. None of those targeted are accused of being involved in any terrorist plot. The list of so-called radicalizers may include enemies as easily as it could include free thinkers.

The government has a vested interest in thwarting any court cases about this abuse of power. Rather than try to defend the legality of their actions, for years the court has argued that those suing lacked standing, meaning sufficient connection to the challenged action.

In the ACLU’s 2008 lawsuit, the government argued that those bringing suit were unable to demonstrate that any surveillance data on them had actually been collected. This argument was upheld in a 5-4 decision by the Supreme Court just three months before Snowden’s revelations.

In the days that followed, the ACLU again filed suit in ACLU v. Clapper. They challenged that the NSA mass call tracking program violates the FISA statue’s own relevance clause, violates the Fourth Amendment, violates the First Amendment by imposing a substantial burden on free speech and association and is not tailored to the government’s legitimate interest to keep the country safe.

Standing is intended to ensure the courts can only hear actual cases and controversies. But we all have standing in this case. When there is even the possibility of government eavesdropping, people behave differently. Such mass behavior change is more invasive than trying to collect specific data relevant to specific past events or crimes by a foreign power or an agent of a foreign power. It is also illegal.