Opportunity zones are supposed to be low-income areas of land that could be helped by outside investors. The first set of Opportunity Zones were designated on April 9, 2018. So far according to the Treasury Department’s list there are four opportunity zones in the Charlottesville area. 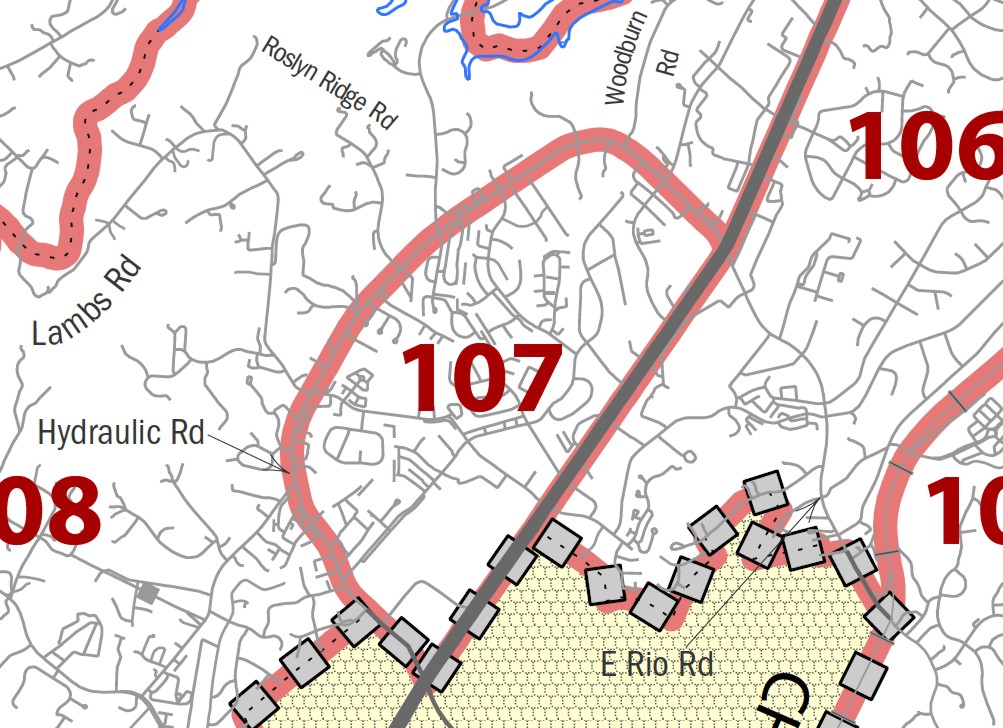 West of 29 North and East of Hydraulic 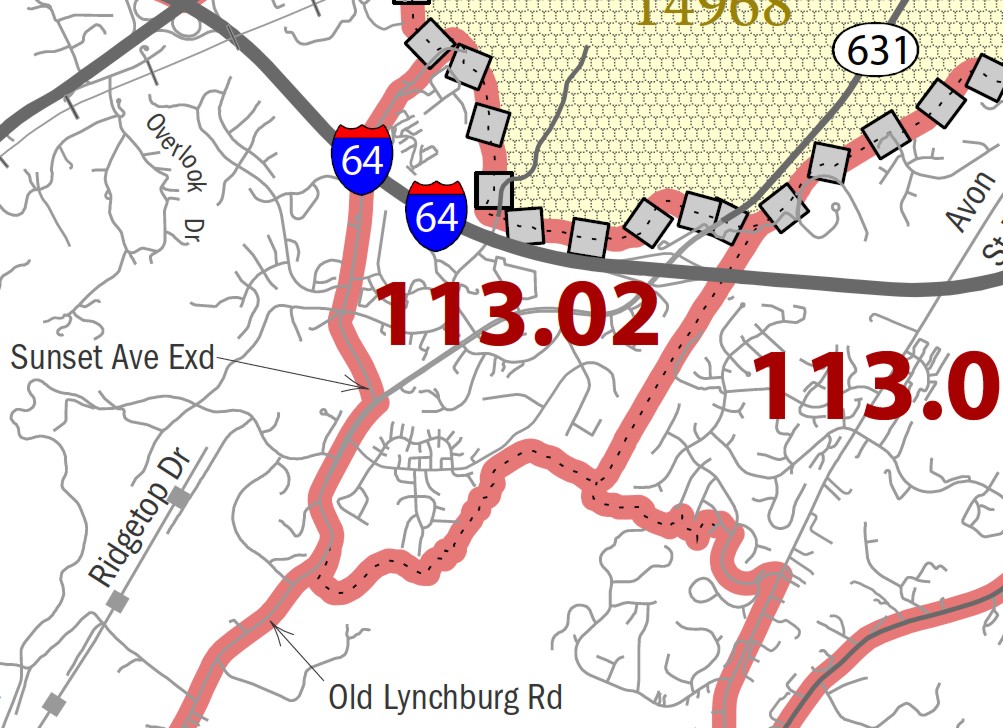 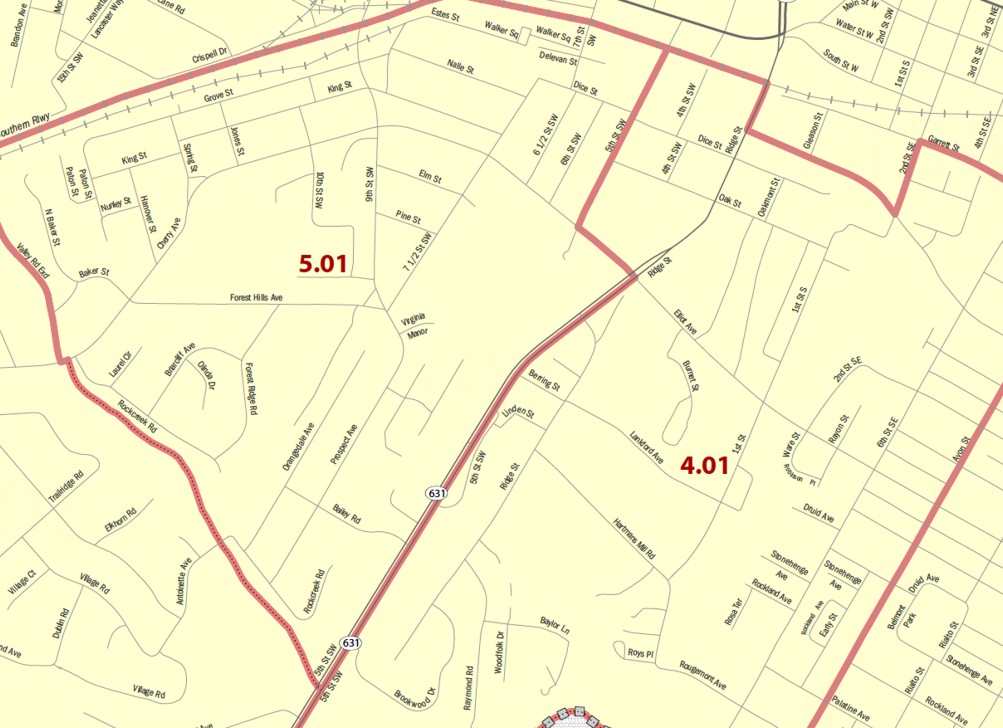 East and West of 5th Street

You can find the relevant section of the new tax law here in SEC. 13823. Opportunity zones.

In my understanding, there are two ways that opportunity funds can benefit investors.

First, if you own real estate in an opportunity zone, you can become a “Qualified Opportunity Fund” to attract new investment. As IRS FAQs published June 7, 2018 says:

To become a Qualified Opportunity Fund, an eligible taxpayer self certifies. (Thus, no approval or action by the IRS is required.) To self-certify, a taxpayer merely completes a form (which will be released in the summer of 2018) and attaches that form to the taxpayer’s federal income tax return for the taxable year.

If you own tangible investment property (real estate) in an opportunity zone or an investment in a partnership or corporations that derives most of its income from such a property, you can “self certify” as a qualified opportunity fund by filing an additional form (not yet released) with your 2018 tax return. This might attract investors on account of the second benefit.

Second, you can invest in a qualified opportunity fund to defer capital gains you realize. If you hold on to the new opportunity investment long enough, you can even have all your gains tax pardoned. Here’s how it works according to the IRS FAQs:

First, investors can defer tax on any prior gains until the earlier of the date on which an investment is sold or exchanged, or December 31, 2026, so long as the gain is reinvested in a Qualified Opportunity Fund.

Until December 31, 2026, if an investor uses the gains from the disposition of a property to buy a Qualified Opportunity Fund within 180 days, then the IRS will increase their basis, effectively pardoning some of their capital gains. If they hold the new opportunity investment for 10 years, the basis will be increased to the current value, effectively pardoning all gains.

You can think about the deferral as like a 1031 exchange, except that if you hold the investment for long enough (5, 7, or 10 years) your tax owed will be decreased.

From the little information about how the program works, my understanding is that the people who benefit the most are those who are holding onto a bad investment only because it has a large amount of capital gains.

Previously, these people might have had to wait until they die so that their heirs to can receive the step up in basis and sell investment. However now, they would be able to sell the bad investment and buy into a qualified opportunity fund. If they hold the opportunity fund 10 years, they would be able to receive a similar step up in basis but during their own lifetime instead of only after they die.

Apparently, this little discussed or advertised portion of the tax bill took many representatives by surprise. As the New York Times reported:

The zones were included in the tax law by Senator Tim Scott, a South Carolina Republican who was born into poverty in North Charleston, and based on a bill he co-sponsored in 2017 with several Democrats. The effort to create the zones was pushed by an upstart Washington think tank, the Economic Innovation Group, and its patron, the tech mogul Sean Parker, of Napster and Facebook fame, who enlisted Mr. Scott and others to sponsor the legislation.

…Mr. Scott said that he had discussed the plan with Mr. Trump and that the president had later spoken approvingly of it. But in the rush to pass the bill over the course of a few frenzied weeks, the idea was never debated on the floor of the House or Senate. It was never promoted by Republican leaders or the White House.

…More than $2 trillion in unrealized capital gains are sitting on individual and corporate balance sheets across America, according to the Economic Innovation Group, the result of profitable investments in stocks and mutual funds. Normally, the proceeds from the sale of those assets would be taxed as a capital gain, at a maximum federal rate of 20 percent plus a 3.8 percent surtax. The new law offers investors an alternative: to roll those unrealized gains into an Opportunity Fund, and defer federal taxes on the profit, at least temporarily.

“This becomes its own asset class, and it could be a very large asset class,” Mr. Parker said in an interview, referring to Opportunity Funds.

If digging through the IRS website is not your idea of a good time, you can read more about how these rules unfold on the Economic Innovation Group website in a more user-friendly format.

I look forward to seeing what becomes of opportunity funds in the future. Will there be Opportunity Mutual Funds and ETFs for sale? What will their expense ratios be like? What will their sector allocation be like? This could either be a new and lucrative tax planning strategy or a small niche strategy like Qualified HSA Funding Distributions.

How exactly the IRS implements the law and how the market responds will make the difference.