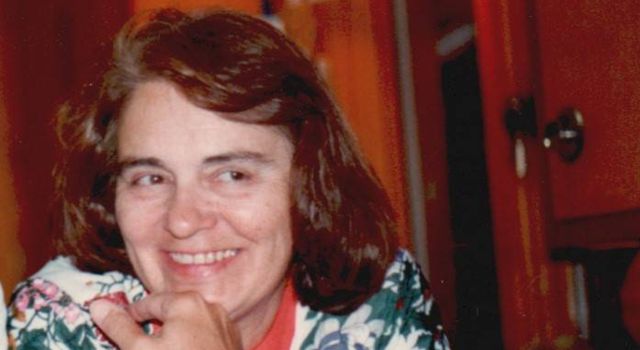 My mother, June Marotta, taught me about money matters as early as I can remember. She taught me what things cost, how to look for real value, and how to comparison shop as she took me along on shopping trips. She had a strong sense of humor and a clear, honest method of communicating.

I recently found this speech given by my mother during 1982 while she was the 5th grade teacher and Vice Principal at Keys School.

In the speech, she tells the story of how Keys began teaching a practical lesson on democracy, economics, entrepreneurial endeavors, and personal financial planning through the use of a school currency called “KeyBucks.”

If you are inspired by her design, you can find her lesson plan for the endeavor in our article “June Marotta’s Lesson Plan for Social Responsibility and Economics.”

I hope you enjoy the reproduction of her speech.

Economists have been lamenting for decades the lack of instruction in our schools of the basic training in economic wisdom. Most of the efforts which were made were relegated to the field of Home economics, where for ages only the females of society were taught and then it was mostly related to the purchase of food and clothes alone.

Little or no economic teaching was done in the elementary grades except for some problems in math which usually posed the problem of how much change would you receive rather than was the purchase a wise one?

Economic courses which were given at High School level were almost always electives, and even the great education conferences such as the one at Harvard never listed economics as a subject which should be taught as a requirement for graduation.

The Universities have offered the most in our education field in the realm of economics. Even there it is elective. Thousands of students graduate every year from high schools and colleges never understanding or perhaps being exposed to theories of supply and demand, profits and losses, or Laffer Curves.

They are aware only of their own dollars in and dollars out, and when they have a hard time making ends meet, they find someone to blame. It might be the President, their Representative, the oil companies, the telephone company, or anyone else handy.

The schools are not altogether responsible for the lack either. The publishers have been very stingy in preparing materials which can be taught in a classroom setting. But they are only responding to the demand of those who buy their products.

So, it goes around in a circle never finding an answer because it chases its own tail.

Keys is a small private school in Palo Alto, California teaching grades Kindergarten through sixth grade with a student body of about 105. The children come from all races and financial backgrounds. Some of the students are on financial aid while others have parents who are employed in Silicon Valley and can easily afford tuition. There is an afterschool program where the students are directed in sports or arts and crafts or a study hall or a movie. Snacks are provided each afternoon and parents don’t have to worry about latch-key children alone in the house. Some children return home at 3:00 p.m. when the formal day is concluded and others stay for part or all of the after-school program.

Teachers at the school are both instructors and surrogate parents to the children and the environment is small enough for everyone to know everyone else. Because of plant facilities and for better instruction the class size is kept to 16-17 students per grade level.

Basic teaching includes emphasis on reading and math with varied approaches to science and social studies. Writing is a vital part of each and every phase of instruction. A small newspaper is printed weekly with the student’s recordings and opinions printed.

Recently a new approach to the teaching of economics was initiated. The fifth-grade teacher had devised a script in her classroom to reward children for extra effort. Because of the name of the school the script was named KEY BUCKS.

Older children were allowed to spend their KEY BUCKS on various treats such as extra playground time, use of a special game, renting of favorite books etc. When a class had accumulated enough class KEY BUCKS, the school would buy a treat such as popsicles or granola bars and the class would buy some for each class member.

This year 81-82, the school has expanded their KEY BUCK system to include the whole school. Jobs around the school are applied for by the students or applications are filled out by a class. The younger grades do a job together such as keeping litter picked up on the playground, cleaning off the lunch tables or handling the lost and found.

Older students may have individual jobs or they may have a class job also. Individual jobs include such ones as running the movie projector, running off dittos for the teachers (after instruction on the use of the ditto machine), messengers, stuffing Wednesday envelopes, editor of the Newspaper, reporter for the newspaper, gardener, school van cleaner, art helpers, music helpers and after-school snack preparers etc.

Each week the children are paid by voucher (check) which they can then cash at the office for KEY BUCKS. At this writing the Bank of America is in the process of helping the sixth-grade students to establish a bank to handle this process and to also keep the funds of the various students and classes safer.

The fifth-grade class established a book store where they purchased old books from students and resold these books to other students. The students ran the bookstore and tallied their profits to find that they had made enough KEY BUCKS to rent the school van for an afternoon’s special field trip.

Private entrepreneurship is springing up all over the school. A sixth grader who is fast in his multiplication facts is giving tutoring lessons to students who have not mastered them yet. A third grader is writing stories for the newspaper to earn KEY BUCKS on his own, an artist is drawing pictures for other students for a fee, some girls are preparing a recess snack store and children are watching the bulletin board for job opportunities which they might like to undertake.

Recently a senate was formed to discuss and license the students various request for businesses. School problems are also discussed at the senate meetings and each representative reports back to their class what was discussed and what was decided.

The advantages to the school are numerous. Grounds are well kept and raked, and litter is no longer a problem. Pride in improvements is shared by all the students as well as the faculty and staff. Messages are delivered on a regular basis and never forgotten or lost. PE equipment is accounted for and returned to its proper place. Lost and Found is regularly circulated among the classrooms and fewer articles are left for the school to dispose of or parents to worry about. Interaction between upper and lower grades has increased and lower grade students feel more comfortable with the older school mates. Upper grade students feel more responsible for their lower grade counterparts.

Young children love to pretend. The wide use of simulation games in the classroom today testifies to the importance of using interesting methods of teaching. Equating an entire school system into an economic game is one way which has worked for Keys. It is democracy at work where each child is responsible for their own work ethic and reward.

The senate recently decided that children who lagged on their bicycles in getting to school were to be fined Key Bucks for each minute they were late. No fine was imposed on children who were late because of car pools. The senate has also imposed fines for swearing and since its inception swearing has all but disappeared from the hallways and playground as well as the classrooms.

Democracy in full action with a healthy economy can be a vibrant and stimulating environment. I hope Key’s students don’t have to wait until college before they meet it again.