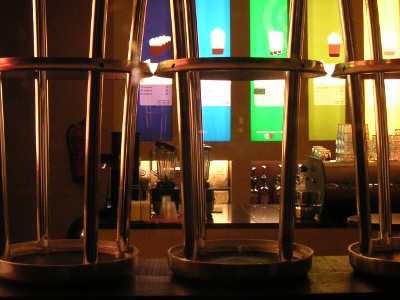 Deciding how to split the beer bill is a potent teaching lesson for explaining the inherent traps within America’s progressive income tax system, but skeptics argue that it exaggerates the burden on the rich. But even after adding back any unaccounted items, the punch line is clear: don’t antagonize the guy paying most of the bill.

Although it may be true that nearly half of all income tax filers pay no income tax (in fact, most people in this group get refunds in excess of payments), it is incorrect to assume these people do not contribute to Uncle Sam’s coffers.

The lower income earners pay more in payroll taxes than they do in income taxes. In addition, Uncle Sam slaps on a sales tax every time you gas up the car, enjoy a fermented beverage (unless you’re a fellow home brewer), fly the friendly skies or light a smoke.

After adding all of these federal taxes and some custom and excise taxes together, the revised bar stool analogy can be told like this:

Five guys went out for beer after work and received a $100 drink bill. If they paid their bill the way we pay our taxes, it would be split like this:

The first man (poorest) would pay $3.

The second would pay $8.

The five men met together weekly and were quite happy with the arrangement until one day they received a surprise. The bill was 10% higher, and the bartender informed them the price of beer had gone up. The group talked about splitting this additional fee, but in the end they decided to maintain their formula. This meant the first man’s bill went up 30 cents, the second man’s bill went up 80 cents, the third went up $1.40, the fourth $2.20 and the fifth $5.20.

The next week, the wealthiest man did not show up. He was tired of paying so much for beer and found he could drink for pennies on the dollar when he traveled abroad. The four were disappointed to lose their friend but decided to continue drinking without him. When the bill came, they discovered something very important. They only had enough to pay just over half the bill.

Most Americans want to know that everyone is paying their fair share. Achieving this goal gets more challenging with each dot and tiddle added to the voluminous internal tax code.

Scott Hodge, president of the Tax Foundation, testified before the U.S. Senate Committee on Finance,

“The U.S. tax system is in desperate need of simplification and reform. . . . Washington needs to call a truce to using the tax code for social or economic goals. The consequence of trying to micromanage the economy as well as individual citizens’ behavior through the tax code has produced a narrow tax base and unnecessarily high tax rates. These high rates are endangering America’s global competitiveness and undermining the nation’s long-term economic growth.”

Recovering from a recession requires economic growth. This growth will only occur when businesses and entrepreneurs observe opportunities that overwhelm economic barriers. If politicians can be of any help, a simplified tax code should be a priority.

Whether you lean left, right or stand in the middle, make sure a simplified tax code is a top priority when you go to the polls.