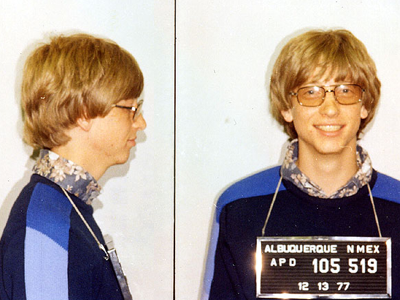 Family disasters happen to the best of families. Here are some sage suggestions on how to handle them from Philip Scala and Howard Kleinhendler’s article in Private Wealth Magazine entitled “Wealthy Kids In Trouble“:

The wealthy, of course, are just as susceptible to these problems as everyone else. Children of the rich and famous are not immune to the temptations and foolish behavior that sometimes plague the rest of this generation’s youth. When children get mixed up with controlled substances such as marijuana, cocaine or heroin, or drive while intoxicated, law enforcement makes no exception for the privileged.

This is the type of article that makes a good dinner conversation for parents who want to help make their children wise about matters without experiencing them first hand. For many families the dinner table is the place to talk about the strange matters which you want your children to know.

For example, when our children were fairly young, we taught them that if someone is trying to take them and kidnap them, the best thing to yell is “He’s not my Daddy!” or “She’s not my Mommy!”  I learned that piece of advice from an article and we imparted that wisdom at the dinner table. Another thing we taught our children is that if someone in a car has a gun or a knife pointed at you and tells you to get in the car, run away from them as fast as you can. If you get in the car you will probably be killed. But if you run (and you can run fast, can’t you!) the odds are that they won’t shoot and if they do you won’t be hit and if you are that you won’t die.

Such conversations may be too gritty for your dinner table, but I’ve always wanted my children to have grit.

Here is another set of wisdom for teen or adult children:

The parents need to tell their children to remain silent and say to the police, “I want to speak to my attorney.” Once an attorney is requested, police cannot talk to the child until he or she consults with counsel or recants the request in writing. Keeping silent is important because kids—in a panic over being arrested—may try to talk their way out of the situation, as they might do with their parents. Anything they say will be written down or recorded and used against them by the prosecution. If they lie, it can result in additional charges for perjury or obstruction of justice. An arrested person has no obligation to cooperate or speak with the police.

I think that is good advice to make sure that your children have. Hopefully your children will never need such advice, but even the best of kids can get into trouble. Here is some more advice for you as parents:

Neither the advisor nor the parents should think they could show up at the police station and work things out. It’s not up to the police to drop charges. That’s a prosecutor’s job.

Wealthy parents should post bail immediately. Leaving a child in jail to teach him or her “a lesson” can have disastrous consequences. Jails are filled with many unpleasant people. The child could become a victim of inmate abuse, which could produce worse psychological damage than the arrest itself. Police may also try to keep the child locked up in an effort to get him or her to confess to the charges.

Advisors need to make sure parents do not make things worse. They should, for example, know not to offer the police or the prosecution a payment to “make things go away.” That will only get the child in deeper trouble and may lead to charges against the parents.

Hopefully you and your family will never need such advice. Alternately, having these conversations at the dinner table may help avoid such situations entirely.