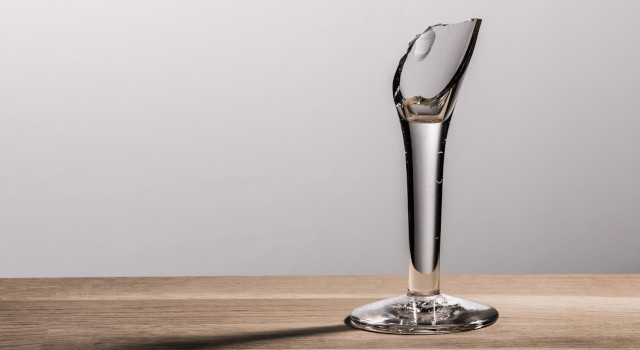 Economics 101 is based on facts, not opinions. In a study by Zogby International, liberals and progressives would fail the class. They answered incorrectly to more than half of the basic questions. No wonder a liberal administration working with a liberal legislature has turned an economic downturn into a more permanent malaise.

The survey asked participants their opinion on eight statements. They could respond “strongly agree,” “somewhat agree,” “somewhat disagree,” “strongly disagree” or are “not sure.” But these questions were not really a matter of opinion. They were objective statements. Any college student in an economics class could have easily labeled them as either true or false.

The survey counted any statement of agreement or disagreement as correct or incorrect. Then it only used the number of incorrect responses. An answer of “not sure” was considered correct. Given how badly people did on the survey, more liberals need to move from “strongly agreeing” with the wrong answer to the humility inherent in being a little more “not sure.”

As a true-or-false test in Economics 101, none of the questions would raise an eyebrow. “Minimum wage laws raise unemployment” or “Mandatory licensing of professional services increases the prices of those services” are both statements straight from a textbook. But asked as a personal opinion, many people felt remarkably free to disagree with economic fact. Our website has a link to the original study. You can take the test yourself or quibble with the answer key.

The average number of wrong answers was 2.98 for a score of 63%. That’s a poor result, given that answering “not sure” on each question would have received a perfect score.

Participants were asked to self-identify as progressive/very liberal, liberal, moderate, conservative, very conservative or libertarian. Self-described progressives fared the worst. They missed an average of 5.26 questions for a score of 34%. Liberals’ economic opinions were also more wrong than right, missing 4.69 for a score of 41%. Even moderates scored worse than average, getting 3.67 wrong for a score of 54%.

The variation within these two camps was even smaller than the divide between moderates and conservatives. It reflects the polarized mood of the country. But the most interesting conclusion is that the debate is not debatable. There really is a right answer. For the economically aware, these issues are no more subject to compromise than the laws of gravity for a team of aircraft designers.

Progressives and liberals find this certainty maddening. Often they respond with invective and name calling but little content or economic dialogue. This disconnect is that what appears to be opinion for many liberals and progressives is not a matter of debate. They are simply wrong.

The authors of the Zogby study suggested their own explanation. “We think that, for many respondents, economic understanding takes a vacation when economic enlightenment conflicts with establishment political sensibilities.”

A few other interesting insights can be gleaned from this study.

First, moderates are economic liberals. Moderates scored worse than average on each of the eight questions. Their scores were closer to progressive/very liberal than they were to conservatives. Liberals marvel that conservatives are actively trying to cleanse the GOP of moderates. They assume moderates are halfway between liberals and conservatives. But really they lean heavily liberal in the way they get economics wrong.

Second, a college education did not correlate either positively or negatively with correct responses. Perhaps the school of getting a job is as good a teacher as the modern university. Or perhaps the utopian environment of academia negates the positive effects of what students learn in their few classes in economics. Studying economics in college has been shown to move students in a slightly more conservative/libertarian direction.

Other correlations included not living in a large city (60%) but in the suburbs (66%). Protestants did better (70%) than those claiming no religious affiliation (50%). But evangelicals or fundamentalists scored even higher (75%). Atheist/realist/humanists did even better (76%), probably due to the wide influence of Ayn Rand, author of “Atlas Shrugged” and the founder of objectivism.

Although all of these correlations are associated with self-identified political ideologies, they break many liberal biases of who understands economic principles correctly. This administration and this Congress have shown an amazing ignorance of economic principles. Much of the legislation passed by this Congress and signed by this president has been shown to do more harm than good.

For example, the Cash for Clunkers program was a complete waste of money. It moved the purchase of 360,000 cars ahead just seven months. And then it paid $3 billion to destroy perfectly good automobiles.

Extending unemployment benefits from 26 to 99 weeks also revealed a basic ignorance of economics. Paying people not to work for so long has increased and lengthened unemployment. It has kept the cost of hiring high. Many potential workers have opted to keep receiving benefits rather than take a full-time job paying slightly more than unemployment. While on the dole a mom can save money being a full-time homemaker. Or a couple could start a business and only report the income to the working spouse. To keep benefits going for nearly two years, people need only feign looking for a job.

The headwind of expiring, new and proposed taxes has created an economic environment that threatens to truncate productivity at $250,000 per year. This group earns a quarter of the reported income and pays half the federal tax. Thus changes in their marginal tax rate will have a significant effect.

The list of economic fallacies is as long as the list of liberal accomplishments. People are currently in power talsk about “fair share” and “spreading the wealth.” But their policies impoverish everyone. Liberals simply get basic economic principles wrong. And when they legislate, they do more harm than good.

Obama declared last week that voters are turning conservative because they are scared and not thinking clearly. He claimed that facts, science and argument do not seem to be winning the day. The Zogby poll suggests exactly the opposite. Having been drunk on “hope and change,” voters have now sobered up to the economic reality that socialism impoverishes us all.

Like physicians whose guiding tenet is “first do no harm,” the first principle of good government should be a president of one political persuasion and a Congress of another. Thus a Democratic president and a Republican Congress will provide the best chances of creating deadlock that a libertarian can hope for next week.