1. What are your earliest memories about money? 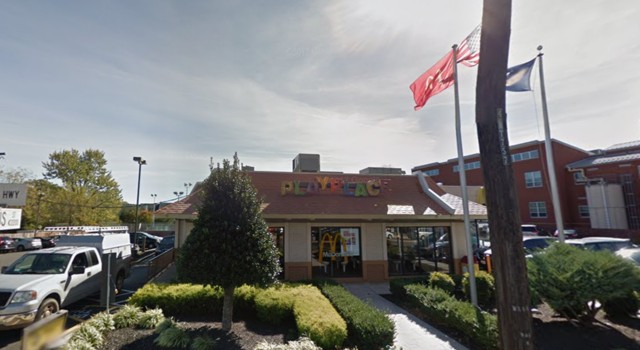 One of my earliest memories is when I rode my bike farther from my home than I had every ridden it before on a hot summer day. I was hungry and thirsty so I bought a hamburger from this McDonald’s and a Slurpee from a 7-11 across the street with my own money.

As I sat in the shade eating and drinking, I thought to myself that this is what adults do: they use their own money to live. And I realized that I could get a job at that McDonald’s and earn enough money to take care of myself. Many from my generation remember the feeling of independence that comes from the first young experience of wandering far from home.

Today, there is a whole counter cultural movement supporting the idea of “free-range kids” while the minimum wage has made it hard for children to compete in the work place. But that memory made me realize that my financial future was ultimately in my own control.

2. What are your best and worst memories?

One of my best memories was of my Uncle Jimmy coming to visit. My brother and I would have to give up our room for him to have a place to stay, but he would give us some money for the inconvenience. He gave us about half what a hotel room would have cost him. I remember that it was inconvenient having someone else staying in my room, but I also remember the amount of money seemed extremely large.

I remember thinking that I would have begrudgingly given up my room for free just because he was my Uncle Jimmy and I really liked him, but I would have given it up happily for half the money I got. It was my first thought that there was a win-win-win situation where he thought he was getting a great deal in what it costs, and I thought I was getting a great deal in what I got. It was my earliest memory of the free markets of voluntary exchange making everyone wealthier. And it was especially great for me because I did not even own the room I was giving up, my parents did.

One of my worst memories was when I was told that if I wanted money I could pull dandelions from our yard for a penny a dandelion. At the end of what seemed like a lot of work I had pulled about 75 dandelions. But when I went to collect on my day’s wages I was told that to get paid I had to make sure that I used the weed prong to get the root of the dandelion.

My parents were split on whether or not I should get paid $0.75 for my labor, with my father against and my mother in favor. I remember thinking that my own private judgement was that I probably shouldn’t and wishing someone had explained to me how dandelions needed to get pulled before I had wasted all that time and effort.

3. Was money discussed at the dinner table, and, if so, what were these discussions like?

Money was openly discussed at the dinner table but also throughout the day as a normal topic. It wasn’t until well into adulthood that I realized that in most families money is a taboo subject shrouded in secret. I knew approximately how much my father earned ($12,000), how large our home mortgage was ($12,000) and what the percentage interest rate our loan was (4.0%).

Most of this information was communicated by my mother, June Marotta. She taught me, as early as I can remember, what things cost, how to look for real value, and how to comparison shop as she took me along on shopping trips. I also learned at a very young age by quietly listening to the lessons taught to my older brothers.

Once, one of my brothers wanted something advertised on television. My mother, who knew how to teach young boys, lamented, “It is too bad they have to advertise it. That means it probably isn’t very good.” As early as I can remember, we were playing family games to counter-act and analyze advertising messages.

When one of my brothers asked if we could buy Wonder Bread because it built bodies twelve ways my mother replied, “Only twelve?” From then on she would point to some meat or vegetable and say, “That builds bodies 32 ways.” She trained our internal voices to be inoculated against most marketing pitches.

4. Did your parents agree on how to deal with money?

Like most families my father wanted to be much more frugal with household spending and my mother knew what a difference a few more dollars would make to the family happiness. Having said that, both my mother and father were as frugal as any raised during the Depression.

In the book “The Millionaire Next Door” by Thomas J. Stanley, he wrote the following:

We’ve found that the affluent tend to answer yes to three questions we include in our surveys:

1. Were your parents very frugal?

3. Is your spouse more frugal than you are?

I would say in addition to frugality, my parents taught me three other important lessons: (1) a work ethic, (2) the importance of economic freedom, and (3) generosity. They also instilled a can-do attitude which my daughter who majored in Cognitive Science would call an internal locus of control. And they encourage a balance between both cautious analysis and calculated risk taking.

I don’t think I could have asked for better parents.

5. What financial expectations did your parents and grandparents have about you?

They assumed that I would learn a trade worth learning. I started in Stanford’s advanced freshman physics series and I remember approaching my father to suggest that I was interested in switching into the Engineering department. I knew he was proud of his son in Physics and I was worried he would be disappointed.

It turns out that he was just as proud of my majoring in Engineering. He wanted me to stay in the hard sciences because I was extremely good at it. I ended up double majoring in Electrical Engineering and Philosophy with several classes that could apply to either major (Logic, Set Theory, Artificial Intelligence, etc.).

My wife and I got married two weeks after graduating from Stanford. I’d saved a little money, and from that point on my parents treated us as an independent family. I think the best aspect of their parenting was raising us to the level of equals and then treating us like equals. To do that required that they not have any financial secrets nor financial strings.

I’ve tried to have the same openness within our family that my mother had with me. I’ve realized that most of what is learned is learned first by example and then by practice.

I’ve also tried not to resist spending money that will help make our family’s life truly better. My wife is even more frugal than I am so within our family this is a safe and easy thing to do. One of the blessings that comes from being frugal is having a little extra money that can be used to solve the problems that money can solve. We’ve tried to push ourselves to continually grow more generous.

Because of my parents, I think I’ve been able to be more of an entrepreneur and more of a risk taker. Their example and can-do attitude have served all their children well, and I think I’ve been the last in the family to set out starting their own business.

My father encouraged both my brothers and I to work and have jobs at a very young age. With increases in minimum wage that has become much harder for parents to delegate finding a job to their children. So with our children we took a more active role helping them find meaningful work and employment during their teen years.

Putting your answers to these questions on paper can be therapeutic even if your memories are not as positive as mine are. And they can help explain some of the dysfunction in your financial thinking today.

Try answering these questions for yourself.

Image is a screenshot from Google Maps.