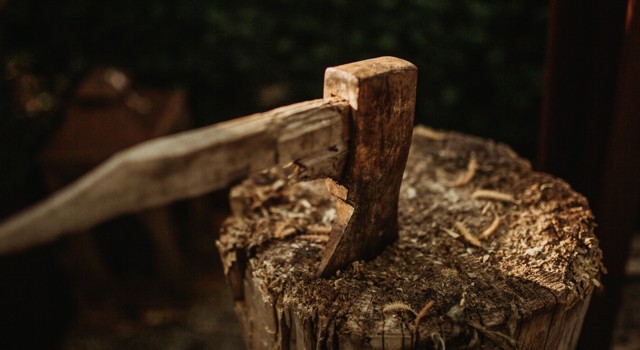 Ever since I first knew what health insurance was, I’ve been covered by individually purchased health insurance. When I was in college, I slid off my parent’s plan and onto my own individual health insurance plan. Then, when the Affordable Care Act rolled out, my plan was one year shy of being grandfathered and I had to shop during open enrollment in the individual marketplace to get insured. Then, I got married and shopped for my family as well.

After years in the health insurance system enduring many premium increases, the skyrocketing prices in 2018 finally shook me out.

On November 16, 2017, the Washington Post reported “Where are the most expensive ACA plans in America? Charlottesville” and I was faced with a decision: Should I cut back my hours or delay my Roth conversion strategy to get an Obamacare subsidy? Or should I go uninsured and apply for a health insurance exemption?

I generally dislike health insurance. In the best case scenario, you have no event and insurance is just losing money. In the worst case, you have an event happen and wish you had insurance to help. There’s no good outcome.

My family has always been generally healthy. Even when I gave birth to my daughter, I paid for all my expenses out of pocket without hitting my deductible. We do a significant amount of home care and always lose money to the insurance provider. While the potential of a catastrophic medical event is possible, the tax I will eventually owe on my traditional IRA assets is basically inevitable. Thus, instead of squelching my Roth-loving, entrepreneurial spirit for one year to ensure we made it under the subsidy line, I applied for and qualified for 2018 health insurance exemptions for everyone in my family and we entered the new year with no insurance.

Per usual, we had only minor health expenditures for most of the year (such as eye doctor appointments) none of which would have been covered by insurance in any scenario.

Then, on September 25, 2018, my husband hit his right leg with a hatchet while no one else was home. He took an ambulance to the UVA emergency room, where he received several tests, preventative antibiotics and shots, imaging, and ultimately stitches and crutches. Then he had a follow-up appointment to take the stitches out and check the healing process.

The medical bills were exorbitantly high. Medicine and care that would have been maybe a few hundred had it not been the ER was billed in the thousands. It decimated the small HSA balance we had accumulated in years prior.

Now that all the bills have trickled in and been paid, my question is: Did we save money?

I have been steadily converting the Profit Sharing portion of my employer 401(k) plan. With these conversions, I do not qualify for a subsidy. I would have had to pay $19,145.52 in premiums just to have insurance. With $19,145.52 in premiums and up to $7,350 out of pocket, that would be a total of $26,495.52 paid. This is obviously significantly more costly than the medical event we had.

In the end, I saved up to $19,779.42 for the year because I did not have insurance over what it would have cost me to have insurance without subsidies.

If I had deferred my Roth conversions or cut back my hours so that we had qualified for a subsidy, we would have paid $0 in premiums and up to $7,350 out of pocket. It is unclear what kind of discount the insurance would have been able to negotiate. The self-insurer discount was a little over 16%. My understanding is that insurance often gets closer to 20%. If they’d gotten this discount, it would have cost us $6,399.82 out of pocket or $316.28 less than I paid.

If you think about the $316.28 more we paid this year as being an extra tax on my Roth conversion, I definitely came out ahead. Roth conversion strategies, especially when you manage to convert young, are worth hundreds of thousands of dollars in retirement.

Thus, even though emotionally it feels lame, mathematically we likely came out ahead.

Photo by Kevin Schmid on Unsplash