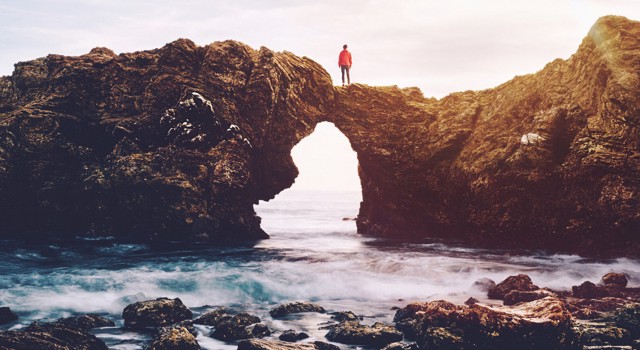 Health Savings Accounts (HSAs) were just beginning to rise in popularity when Obamacare was introduced. Whether you believe in a right to healthcare or not, the Affordable Care Act made it much more expensive. The propaganda about it lowering costs has been proved false by the objective rise in premiums since its passage. In order to keep healthcare costs from rising, consumers have to have some skin in the game. For that reason, HSAs are part of every proposed replacement to Obamacare.

According to the “2016 Midyear Devenir HSA Research Report ” HSA account balances continue to grow. Here is the chart from their report: 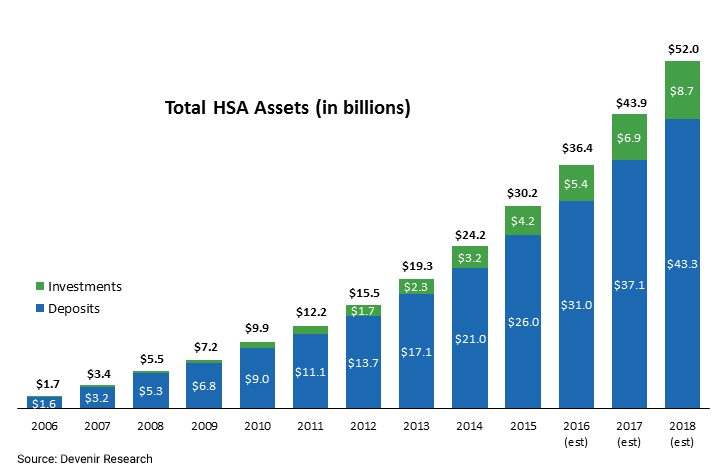 Currently, there are about 18.2 million HSA accounts. The average account is valued at $15,092. But only about 15% of that is invested.

The reason to keep an HSA is to pay for medical expenses so for that reason, it is wise to keep several thousand dollars in cash, but we suggest you invest the remainder of your account in appreciating stocks.

Account values which are not invested experience a minuscule amount of interest. If the average HSA owner invested $10,000 of their account value and experienced an 8% growth on those investments, they would gain $800 extra per year for healthcare costs.

HSAs are also one of the most tax-advantaged account types available. Money contributed to an HSA is tax-deductible and money withdrawn for qualified healthcare expenses is not subject to tax. Income can be spent for your benefit without ever having to be taxed. In fact, HSAs have so many advantages over traditional IRAs that you should continue funding your HSA as long as possible and build as large an HSA investment balance as you can.

HSAs do require you to have high-deductible health insurance and to pay out-of-pocket until you reach that deductible. We moved our family’s coverage to an HSA soon after their creation. We were moving from a very expensive Health Maintenance Organization (HMO) plan and I was worried about the prospect of having to pay for our own expenses. But I did the math, multiplying our (very expensive) monthly premium by twelve to find how much we spent on health insurance, and realized that it would be very difficult for us to pay that much in annual healthcare costs. The first year we saved enough to afford to hit our deductible. We have never hit our deductible, and now we have enough saved to reasonably self-insure for long-term care.

The average family has five withdrawals per account, mostly using a convenient debit card, for an average expense of less than $150 each ($750 total). For 2017, you can put up to $6,750 for a family or $3,400 for an individual into an HSA. You can contribute an additional $1,000 if you are over age 55. The average family over 55 can contribute $7,750 to their HSA and will, on average, experience less than $1,000 of out of pocket expenses, allowing them to annually save $6,750 in their HSA, the value of which will only continue to compound.

Unfortunately, only about 30% of consumers understand HSAs and only 15% fully fund their HSA each year. There are some drawback to HSAs and there are some HSA vendors who inflict high minimums on the cash portion or only allow investment in a suite of funds laden with higher-than-average expenses.

But HSAs still provide even more benefits than traditional IRAs. And the more years you fully fund your HSA, the greater the balance you will be able to invest.