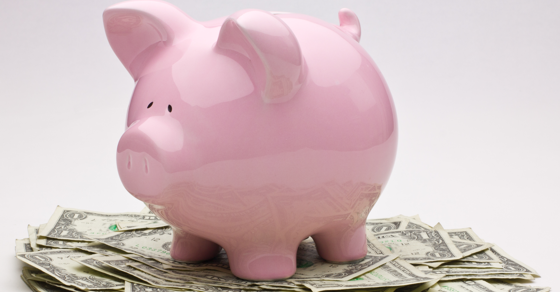 We have been writing a series of columns on the economics of health care based on questions that Dr. Michael Kirsch, practicing physician and newspaper columnist, has lamented that he can never answer satisfactorily for his patients.

Like many doctors, Kirsch doesn’t like Obamacare and would like to see it repealed. But also like many Americans, the questions are often framed as though the issues are primarily medical rather than economic. Dr. Kirsch’s sixth question strikes at the heart of the economics of American health care and the third-party payer system that governs it. He asks, “Shouldn’t patients and their families have some skin in the game as a brake on the profligate spending of other people’s money for health care?”

Most electrical engineering (EE) students, including both of us, have experienced the consequences of incorrect wiring. EE labs require you to design systems on paper and then create them with wires and circuit boards in real life. Wiring something incorrectly is a memorable experience. There is a small pop when you turn on the power and a tiny mushroom cloud of smoke rises from a capacitor.

At this point, you stop the lab to analyze the wrongly wired system. In my (David’s) case, I found I was missing the negative feedback that controls and reduces the swings of voltage. Without it, positive feedback causes the voltages to exceed the system’s tolerance. Hence the mushroom cloud.

Health care’s malignant growth is also a mushroom cloud caused by a lack of “negative feedback.” All systems require a regulator to dampen runaway reactions. Health care coverage is no exception.

Most industries provide just the right amount of negative feedback by having the person who pays for a service, the person who benefits from the service and the person empowered to decide if the service should be provided in the first place be the same person.

Empowered by these three responsibilities, consumers get to weigh the pros and cons, knowing they will experience all the pros and all the cons themselves.

Health insurance, in contrast, is built on the cost-sharing models of Medicare.

The insurance pays for the service while the patient benefits from it and is empowered to decide if the service should be provided. With only two of the three responsibilities, patients experience all of the pros and rarely have to think about the cons.

Our current system of copay, first dollar health insurance is similar to the ludicrous idea of grocery store insurance. Given a $10 grocery store copayment, the poor would be able to afford more groceries under this system. However, the scheme fails to provide sufficient negative feedback.

Soon everyone would put smoked salmon and fine steak in their cart. The cost of salmon and steak, as well as other foods, would rise from higher demand. With higher costs and excessive purchases, grocery insurance may buckle under the strain. But insurance needs to be solvent. To be able to endure such extravagant behavior, grocery store insurance premiums would have to cost $2,000 a week.

First-dollar health insurance isn’t a good deal for patients either. Most insurance participants pay far more in premiums than they consume in benefits. A small number of participants with chronic problems generate most of a plan’s expenses. In fact, if you were to line up patients by level of sickness, the top 10% would account for 69% of total health care payouts in America.

Meanwhile, excessive health care use drives up prices, making it difficult to be uninsured even though insurance has caused the problem in the first place.

There is an alternative though. Instead of handing over thousands of dollars each year to a big insurance agency, you can keep money in a tax-advantaged health savings account (HSA). Then you can spend your money on the services you actually receive. There is no person better suited to determining the value of a medical procedure than the patient paying for the benefit. High-deductible catastrophic health insurance combined with an HSA puts the patient back into all three responsibilities and reintroduces negative feedback to the health care system.

And this, of course, would provide skin in the game for consumers to put a brake on the profligate spending of other people’s money. And, yes, Dr. Kirsch, that would be better.