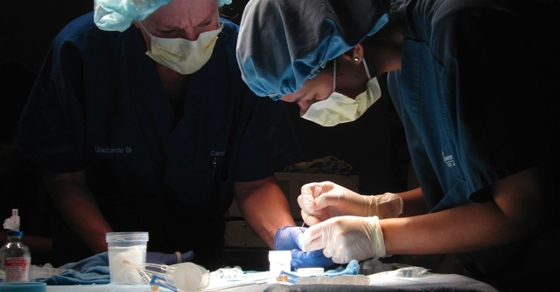 This is our final column about the economics of health care based on the challenging questions that physician and journalist Michael Kirsch has found he can’t answer satisfactorily for his patients.

First, we explained how America incentivizes the world’s development of pharmaceuticals and how price controls of countries like Canada attempt to freeload on this free market. Second, we showed how the third-party-payer system of the medical industry inevitably drives prices higher. Third, we demonstrated how that system of payment is also why medical bills are unintelligible to the average patient.

Fourth, even when preventative care protects you from future health issues, we showed that it often does not reduce medical bills. Fifth, the study of so-called health care outcomes we found focuses more on the population being measured than the quality of health care provided. And then last week, we wrote about the virtue of giving patients and their families the right to decide when more treatment is worth the additional costs.

This week, we address Kirsch’s final question, “Why is it possible that so many working Americans can’t afford medical insurance coverage?”

The question presumes that Americans who choose not to have insurance coverage do so because they cannot afford it. This is the same mistake that policy makers crying that we have a “healthcare crisis” have made for decades.

The idea of a so-called crisis in health care began long before Obama. It came on the heels of the birth of the private health insurance industry.

Accident insurance for injuries incurred while working on the railroad or on steamboats originated around 1850. The first insurance that covered medical expenses emerged in 1929 as part of the original Blue Cross plans.

In 1932, the Committee on the Costs of Medical Care published a report calling for universal health insurance. They wrote, “The committee recommends the extension of all basic public health services–whether provided by governmental or nongovernmental agencies–so that they will be available to the entire population according to its needs.”

Health care options in the United States were by any accurate medical measure the best in the world and getting better. However, in 1966 the government instituted the incentives that have done the most to drive up health care prices: pushing the demographic using most of the resources, the elderly, onto Medicare.

Before health insurance, patients had to decide how much medical care was worth to them. Even now, many patients ask, “How much are healthy teeth worth to me?” because dental insurance is not standard coverage under health care plans. And last year, 38.4% of adult Americans decided dental care wasn’t even worth the cost of one dental visit and didn’t have one.

Alas, such cost-benefit analysis is a foreign experience for most healthcare patients. With the third-party-payer system, people don’t have to ask those questions. They can presume their health is worth the cost because they are able to purchase health care for only a fifth of the price.

The positive outcome is that even those who are sick and poor can acquire care. But it carries the inevitable negative outcome of waste. The “I’m already over my deductible so why not get the procedure done” mentality makes our country spend more on health care.

This mentality is not just encouraged, it is the most strategic given the third-party-payer system. To avoid its waste, the payment scheme needs to be changed. And to undo the effects of the third-party payer system, we must first undo portions of our current legislation. Here are our proposals.

Although national health expenditure might be 17.9% of gross domestic product (GDP), our out-of-pocket spending is only 2% of GDP. Thus because of the third-party-payer system, there is no disincentive for Americans to care about their own contribution to national health expenditures. Currently, the best we can do is to hope that every other American doesn’t choose to take advantage of their free colonoscopy.

However, if there weren’t co-pays and there weren’t free procedures, then there wouldn’t be as much room to abuse the system. That’s why our first proposal is that a deductible should truly be the down payment it is meant to be.

The Affordable Care Act required insurance companies to give away, either for free or with a co-pay, a whole array of procedures and goodies. This was a mistake. Insurance should be limited to a safety net to help families facing catastrophic expenses.

Second, hospitals and doctors should be required to publish their charges in advance of treatment. There should not be different charges based on side deals that favor anyone except the patient.

Doctors should be allowed to charge insurance companies for the additional documentation they require. And they should be permitted to give patients paying out of pocket a cash discount when payment can be collected at the time of the visit.

Medicare is funded in part by a 2.9% tax paid by the employer and employee. If that money was put into an HSA for the benefit of the worker rather than going to supplement senior premiums, the worker would easily have enough saved by age 65 to cover medical expenses and premiums for themselves. This is our third proposal: either remove Medicare entirely or turn the program into a mandated health savings program.

In short, we need to remove governmental force and monopolistic pressures and allow market forces to better allocate spending and control prices. We must return, as much as possible, to a fee-for-service approach to health care and restore the traditional doctor-patient relationship. And we need to assist low-income families directly without warping the supply-and-demand curves of the entire industry.