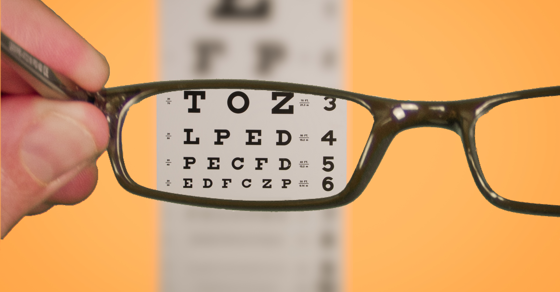 Dr. Michael Kirsch, a practicing physician and newspaper columnist, has lamented that he has difficulty answering a number of his patients’ questions. Our continuing series offers responses to these questions. Previous articles can be found on our blog. Question 5 is “Why can’t patients receive medical bills they can understand?”

Recently, I (David) happened to visit the doctor, the dentist and the vet all in the same two weeks. The experience has stuck with me ever since.

We paid the vet on the way in before we’d even set down the cat carrier. Check-up visits have a preset price and require full payment before services are rendered. I used a personal credit card to pay the bill.

The dentist’s bill was easy to understand. Before my check-up, I was given a list of procedures and their costs. From that list, I could decide, for example, if having X-rays was worth the extra charge to me. On the way out, I paid my bill with a Health Savings Account credit card.

At the doctor’s office, I wasn’t exactly sure what services I would be receiving; nor did I know what those services would cost. On the way out, I tried to pay. I was informed that the amount I owed could not be determined until it was submitted to my insurance.

Over the next few weeks, I received many–I suppose you could call them bills or perhaps notifications–in the mail, none of which I could understand. Some were from my health insurance provider, some from my doctor and some from an independent lab. Each listed diagnostic codes rather than explanations in plain English.

After some time, it appeared that the doctor’s office and insurance company had agreed on what portion of the bill was my responsibility and how much insurance should pay the doctor. Of course, I still had no idea of the total charges.

In most industries and retail outlets, bills, invoices, receipts and price tags benefit the customers, who naturally want to know how much they would be spending before they agree to the service or buy an item.

Health care insurance participants, in contrast, often don’t have to worry about the cost of procedures because they have a third party footing the bill.

Previously in this series, we wrote about the consequences of our third-party payer system on hospital fees. This payment system has similar consequences on the readability of hospital bills.

Because little disincentive exists for doctors or patients to cut costs with the insurance company footing the bills the patient incurs, any actions that result in delaying or avoiding payment could save the third-party payer money.

Medicare, for example, pays out over $600 billion per year. Delaying those payments by just four months could be worth $6 billion each year in interest.

With that kind of money on the line, health insurance providers have become proficient at making life difficult for health care providers’ billing departments. They benefit from changing the compliance rules regularly to keep billing staff guessing and use automated programs to reject or question physician invoices.

At least some of what is commonly referred to as “cracking down on Medicare fraud” could also be characterized as “routinely denying honest doctors payment simply because they haven’t filled out complex compliance forms correctly.”

It is easy for insurance companies to deny payment automatically, but it takes providers hours to submit each bill manually for reimbursement. The slowest state, Pennsylvania, delays Medicaid payments by an average of 114.6 days. Such delays combined with the ultimately low payments are the primary reason why doctors in many states simply refuse to accept Medicaid.

About half of the support staff in a typical doctor’s office is there to deal with insurance issues and ensure they get resolved. Put another way, the personnel costs of an office visit would be cut in half if patients paid in cash on their way out. Imagine what additional personnel costs there would be if those staff members were responsible for generating two bills: one for patients that we can understand and one for the insurance companies that gets them paid.

Next time you receive an unintelligible medical bill, remember the third-party payer system and just how hard it is for your doctor to get paid.