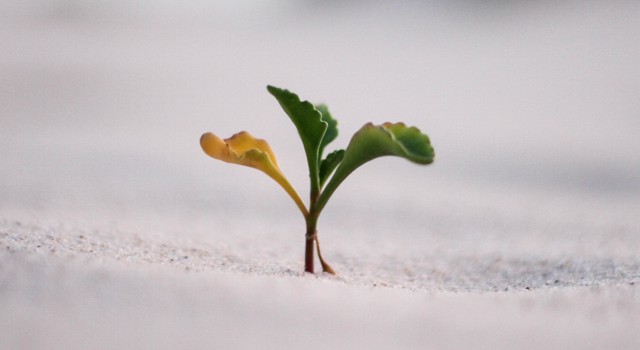 A father and son’s thoughts on contrarian investing. Part one of two.

A contrarian is one who takes a side different from the masses. When everyone is going in one direction, a contrarian chooses to go in the other direction. I confess. I am a contrarian. In investment terms, it is difficult to be a contrarian. Here are some examples.

In the spring of 2000, most investors were buying the Standard and Poor’s 500 stock index fund. This index fund had been outperforming most mutual funds that were run by trained and highly-paid portfolio managers. The success of this fund kept attracting more and more money from investors during the five-year period running up to 2000. This fund was and still is a capitalization-weighted fund. In other words, the majority of dollars coming into this fund went into the biggest companies in the index such as Microsoft, Cisco, etc. And guess what? When the bubble finally burst in 2000, that fund and those stocks took the biggest dive. Since then, the small and mid-cap stocks (non-500 stocks) have been outperforming the big boys. In 2000, contrary to “the crowd,” I was not investing in that index or in tech stocks.

Let’s scroll ahead to today. What are the masses buying? Oil stocks, of course, because the price of oil has been going up steadily from $20 a barrel in 2002 to about $75 today. So everyone is thinking that investing in oil is a great buy- a sure winner. However, nothing goes in one direction forever.

So, how can one benefit if the price of oil goes down? The answer is: invest in things that use and depend on oil. I have been taking profits and trimming my positions in oil stocks and have started to invest in airlines and automobile companies. I know that I am sometimes early in my buys, but time will tell. These are speculative investments suitable only for a portion of someone’s portfolio if they have a high risk tolerance.

Investors always talk about their winners, as I have just done. After 9/11, I made a “contrary” purchase of stock in several cruise companies that looked very cheap. Two purchases turned out to be great bargains, but one-Classic American Voyages- promptly got a lot cheaper because the company went bankrupt a short time after my purchase.

Looking at foreign stocks, the markets that are doing the best today are the former communist countries. Communism made these countries so backward that a little entrepreneurial spirit is fueling extremely fast development. The end of communism is even benefiting some states that were socialistic, with a lot of central government control and high tariffs. Those countries are doing well as they reduce government control. I am investing heavily in “emerging-market” countries.

Just think, if you can look ahead to the next country that will shed communism for free markets, you could make a mint. Think in terms of Cuba and North Korea. As soon as Cuba abandons communism, rush in and buy real estate. That tropical paradise is going to bloom and boom when Castro’s dictatorship comes to an end.

If you look at the Korean peninsula at night from a satellite, you can clearly see where the 38th parallel (the division between North and South) is located. You can see light shining at night in the south while it is pitch black in the north. Someday, the north and the south will be one country again. How could one benefit from that? I say, invest in the Korean Electric Company located in South Korea. They know how to produce light and make a profit. And, they will sometime (soon, I hope) bring light to the north.

Let’s see… what else has been going up for a long time? Oh, yes, real estate! It looks like it is beginning to level off and decline a little. Let’s hope that the decline is gradual because it has been fueling the US economy for the past five years as the stock market has been correcting. Be a contrarian. If you are heavily invested in real estate, congratulations as you have made a bundle. But, if you are a real contrarian, you will begin to lock in those high prices. Remember this cliche but truism, “Nothing goes in one direction forever.”

It’s tough being a contrary investor. It means buying at a time of maximum pessimism and selling at a time of maximum optimism. It is a lonely position, but it is exciting….and sometimes profitable (more than not, I hope). A savvy Rothschild banker once gave this “contrary” advice: Buy when there is blood on the street and sell on the sound of the trumpet.