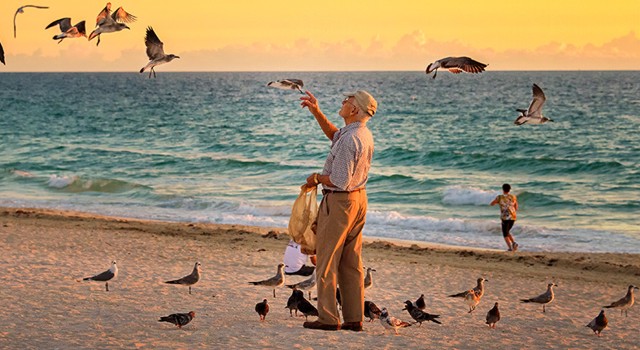 Studies have shown that countries with more economic freedom significantly outperform those with less freedom not only in per capita gross domestic product (GDP), but also in “per capita incomes, health care, education, protection of the environment, and reduction of poverty.”

Our analysis suggests that this economic bonus translates into an investment bonus as well. We have found that countries high in economic freedom outperform the foreign developed markets MSCI EAFE Index by about 4% annually. We did this analysis by computing an equal weight of the six countries with significant stock markets and the greatest economic freedom: Hong Kong, Singapore, Australia, Switzerland, New Zealand, and Canada.  Although countries’ levels of economic freedom freedom do change, these six have remained at the top of the Economic Freedom Index for some years now. We call these the Freedom Six.

In 2016, the average return of the best investment products of the Freedom Six outperformed the Vanguard FTSE Developed Markets ETF by 6.75%. The 2016 MSCI EAFE Index had a return which was only 1.00%. Here are the 2016 returns of several non-index investments with low expense ratios. 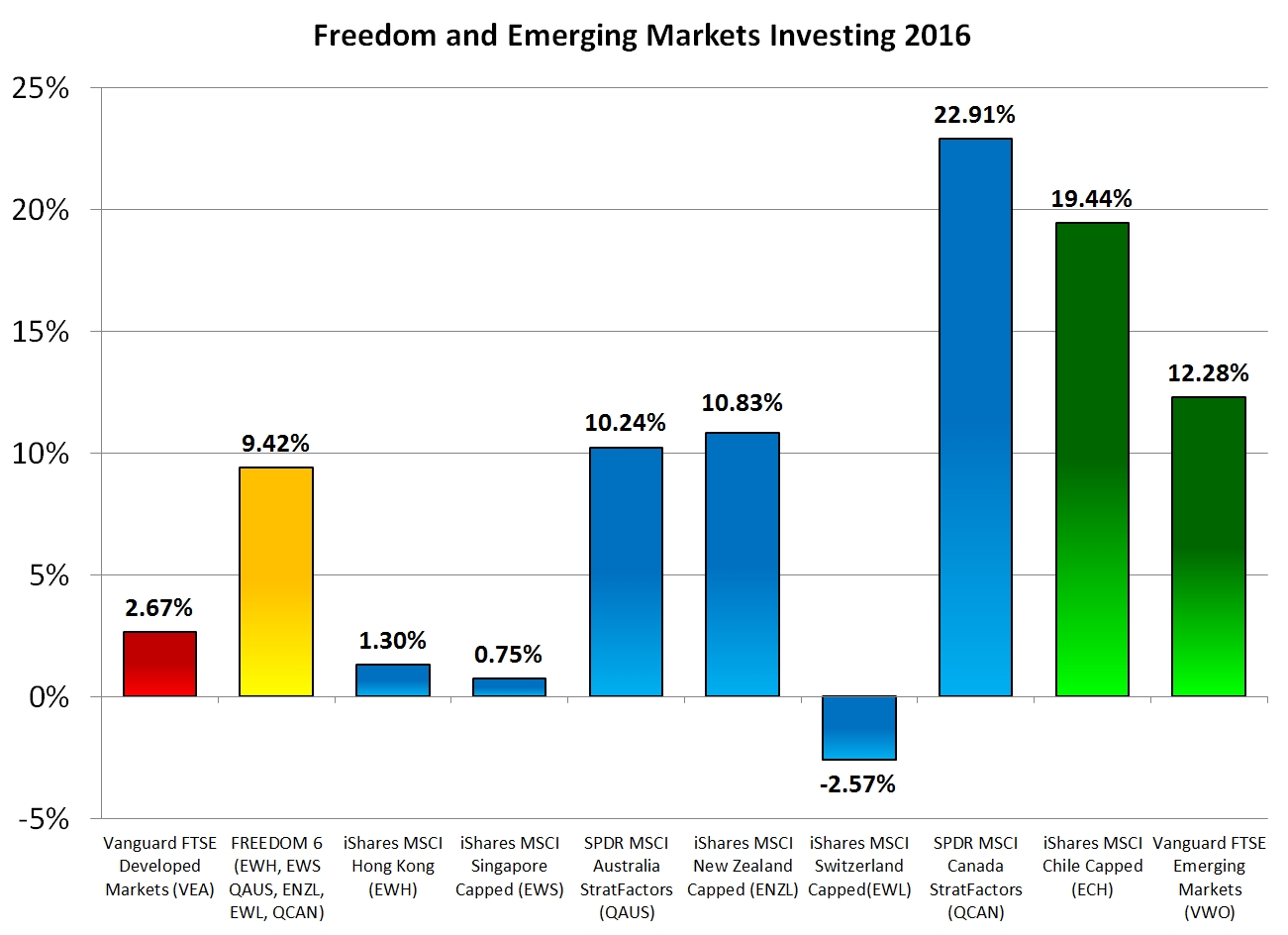 Freedom investing makes common sense. You would much rather invest in South Korea than North Korea simply because South Korea has more economic freedom. Each year, the Heritage Foundation ranks every country for which they have sufficient accurate information (178 countries) on a scale of 0 (least free) to 100 (most free). In 2016, North Korea had the worst score of 2.3, up from last year’s score of 1.3. As the study wrote in its summary of North Korea:

South Korea, on the other hand, received a score of 71.1, ranking it at the bottom of the “Mostly Free” category. The difference between the 27th freest country and the 178th freest country is significant.

What is obvious when you consider North and South Korea is also true between other countries with differing levels of economic freedom, such as northern and southern Europe.

Advisors who lump all foreign stocks together are often bearish on the idea of investing in foreign countries. In fact, it may be that indexes which include countries low in economic freedom are not part of the efficient frontier. When comparing investments in the United States (a country high in economic freedom) with a foreign index which includes a mix of investments from less-than-desirable countries, the foreign indexes underperform. This is a reason to avoid non-discriminating foreign developed market indexes such as the MSCI EAFE Index or the FTSE Developed Markets Index. 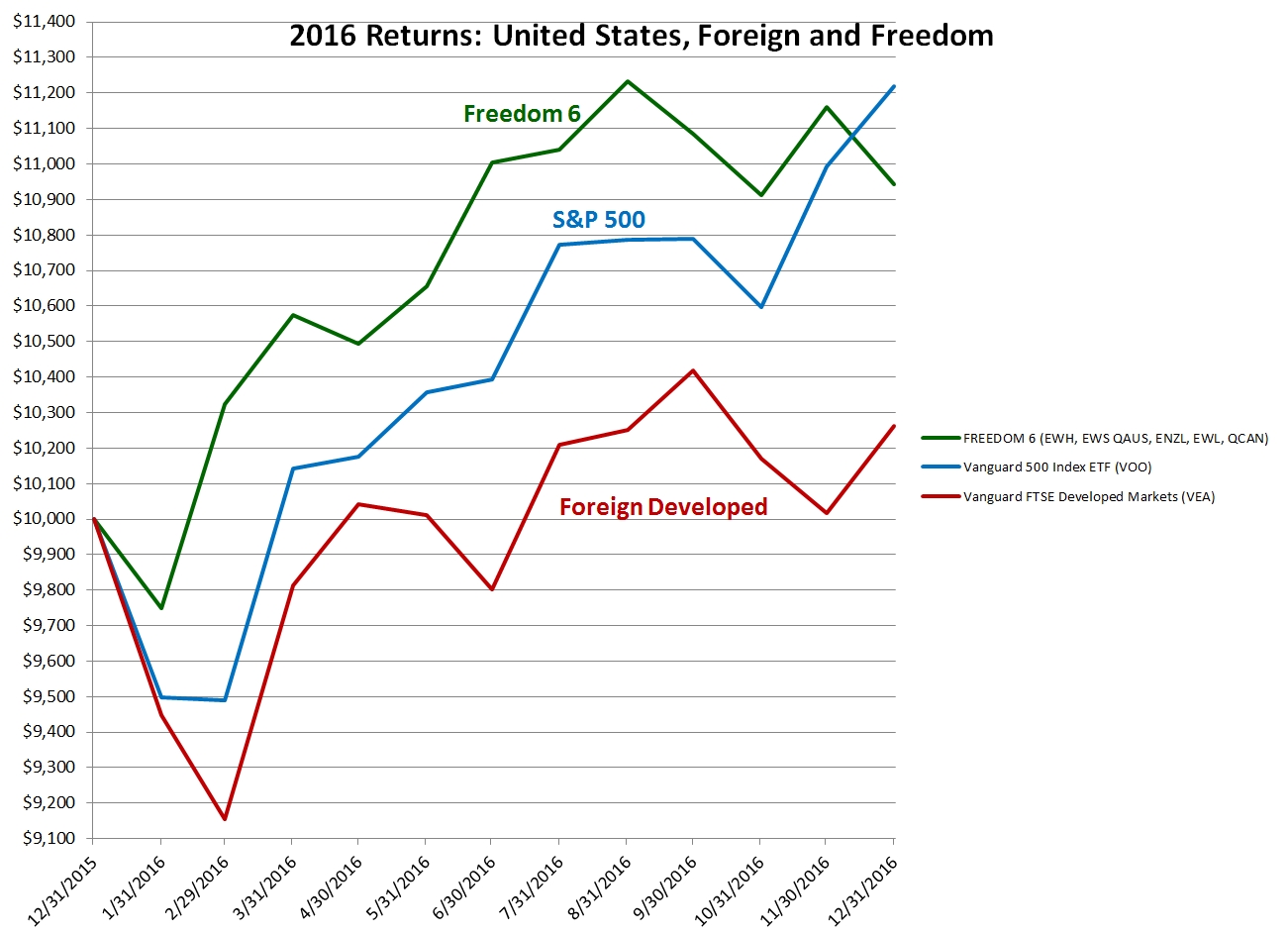 We last mentioned Chile in an article almost exactly a year ago entitled “Why Invest In Chile?“. At that time, Chile had a terrible 5-year annualized return of -15.03%. Even so, we showed how a small investment in Chile could lower the overall volatility of a portfolio while simultaneously boosting returns over longer periods of time. Given the terrible prior 5-year return, it should be no surprise that, in a reversion to the mean, iShares MSCI Chile Capped ETF (ECH) had a positive return of 19.44% during 2016. For those willing to undergo the art of rebalancing, buying what went down and selling what has gone up, there is sometimes a significant rebalancing bonus.