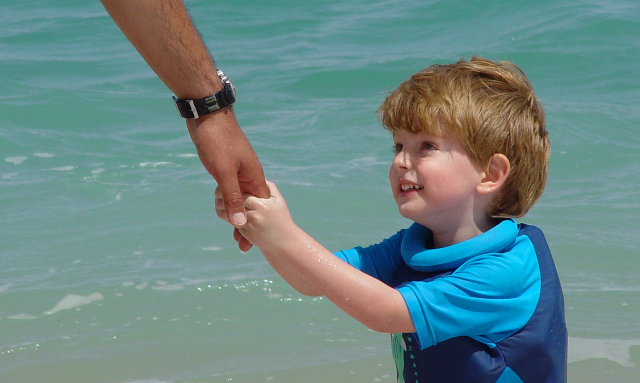 No matter how cynical I am, the commission-based financial services world still surprises me. In the August 2016 issue of Investment News, three articles highlighted the difficulties of relying on broker-dealers or commission-based advisors to fight against their own financial self-interest and do what is best for you, the client.

The Financial Industry Regulatory Authority Inc. charged a broker with securities fraud for churning the account of an elderly, blind widow.

The “deceptive and fraudulent scheme” generated $243,000 in commissions for the broker, Hank Mark Werner, and caused the 77-year-old customer $184,000 in net losses over a three-year period, Finra alleged. …

Between October 2012 and December 2015, Mr. Werner allegedly placed more than 700 trades on more than 200 different securities, and charged a markup or commission of between 2.5% and 3% on each sale, ultimately rising to 3.75% to 4.25% when he switched firms, according to Finra.

Based on the level of trading and commissions charged, there was “little to no possibility that the customer would profit from such trading,” according to the regulatory body.

If Mr. Werner generated $243,000 in commissions for say 725 trades, then he was charging an average of $335 for a trade which should have cost $10 or less. If you aren’t putting your investments at one of these custodians you should compare the fees you are being charge to those of these custodians: E*Trade, TD Ameritrade, Scottrade, Charles Schwab, Fidelity, and Vanguard. And if you hire a financial advisor, it is best if your financial advisor does not also work for your custodian.

The first principle of safeguarding your money is do not allow your advisor to have custody of your investments. We custody assets at Charles Schwab and believe that they have a good combination of low fees and quality service, but as the advisor to our clients we also know how they make their money and work diligently to reduce the fees and expenses incurred by our clients as a result of the custodian.

Mr Werner could have avoided bilking his client by having integrity. Or better yet he could have built his business model such that he had no incentive to churn a blind window’s account in the first place.

Those who believe that more regulation is the answer don’t understand how human nature works. And, unfortunately, news like this isn’t limited to the financial services industry. Human nature is the same in public service resulting in regulatory capture and widespread indifference and corruption. Not even our presidents can abide by all the laws we purport to enforce. it is for these reasons that I lean libertarian.

Economics and free markets are based on the principle that incentives matter. It isn’t wise to give permission for your advisor to work under incentives filled with conflicts of interest and then trust that he won’t pay any attention to them.

Securities America Inc., an independent broker-dealer with approximately 2,000 registered representatives, has agreed to pay $1.54 million in restitution to customers for mutual fund overcharges, according to Finra.

Over a six-year period, the firm failed to apply a waiver on A-share front-end load charges for eligible retirement-plan and charitable-organization clients or sold them B-share and C-share funds with back-end loads and higher ongoing fees and expenses, according to a disciplinary action document filed Friday by the Financial Industry Regulatory Authority Inc.

Such practices caused customers to pay higher fees than they were actually required to pay, the disciplinary action stated.

Just to be clear, the company overcharged its clients $1.54 million for six years and were only caught when they self-reported it to FINRA, the supposed “industry-funded broker-dealer watchdog.” FINRA isn’t a very good watchdog.

I guess with so many hidden fees and expenses it is difficult to know which few you might have to legally waive.

It isn’t as though this is the first mistake Securities America has made. On FINRA’s brokercheck website you can view a detailed report of 80 different disclosures of various rule-breaking.

Many of these complaints include FINRA alleging that Securities American failed to have a supervisory system in place to keep their representatives from gaming the system in order to maximize their sales and commissions.

If you build an organization with monetary incentives to break the fiduciary oath, you shouldn’t be surprised when your salespeople disregard the fiduciary standard. Incentives matter.

And although consumers believe they are better protected in a large company, most large companies adopt a silo-approach to consumer support because only one investment representative receives the commissions from their group of customers and therefore only one person bothers to care to review anything. Many smaller-firms like ours use an ensemble approach in which every member of the team works with every client to help support that client in the staff member’s area of expertise, ensuring that someone is looking over everyone’s shoulder.

The third and final article on the topic of fiduciary care entitled, “Ameriprise spends $11 million-plus this year on DOL fiduciary rule ” read in part:

In a show of just how expensive the Labor Department’s fiduciary rule could prove for broker-dealers, Ameriprise Financial Inc. executives said the firm has shelled out more than $11 million in the first half of the year in the name of compliance with the regulation. …

Ameriprise has “about 400 people dedicated to this right now,” Mr. Cracchiolo said, in reference to resources dedicated to DOL compliance.

Recently I wrote an article about Ameriprise’s layers and layers of hidden fees and expenses. These fees are already disclosed in seven pages of their SEC ADV Part 2 filing. None of these disclosures seem to matter much to the millions of consumers who use the services of one of Ameriprise’s 10,000 advisers. These consumers often think they are safe because Ameriprise advisers call themselves “fee-based” in an effort to sound like they are fee-only when they are in fact just fees-and-commissions.

Ameriprise hasn’t spent $11 million to better serve their clients. I am sure that they are trying to protect their revenue stream.

I am not a fan of Ameriprise, but I am also not a fan of the Department of Labor’s new so-called fiduciary ruling. As I wrote earlier this year:

However, the fiduciary standard is principle-based and cannot be made rules-based. …

As a result of the Department of Labor’s ruling, 400 people at Ameriprise will devise rules to minimize and obfuscate the number of disclosures the company has to make, and smaller honest fee-only fiduciaries will have to spend more time handling a pile of paperwork that certifies the certification that we are certification worthy in a mockery of any real fiduciary standard.

You deserve a fiduciary standard of care from a fee-only financial advisor who offers comprehensive wealth management.