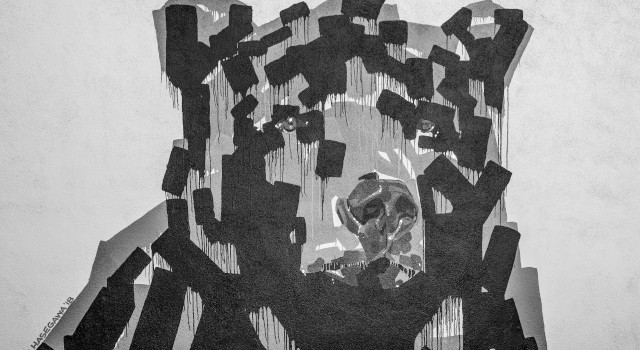 In June 2022, the United States posted its second consecutive quarter of smaller gross domestic product (GDP). The first quarter was down 1.6% and the second quarter was down 0.9% for a total GDP drop of 2.5%.

Two quarters of negative GDP growth is the vernacular definition of a recession. As such, many have stated that we are in a recession.

This reminds me of a story I heard about baseball which goes something like this:

There were three different umpires each of whom had a different view of what they were doing when they called strikes and balls.

The first said, “I call them the way they are.”

The second said, “I call them as I see them.”

The third said, “There is no such thing as a strike or ball until I call it.”

The dictionary definition of recession is “a period of reduced economic activity.” This is what the measurements and committees are trying to approximate. They are trying to define periods in the business cycle where there are less financial transactions.

The Bureau of Economic Analysis defines “recession” by writing, “The designation of a recession is the province of a committee of experts at the National Bureau of Economic Research (NBER), a private non-profit research organization that focuses on understanding the U.S. economy.”

In the National Beureau of Economic Research guidelines on the definition of “recession,” they state:

The NBER’s definition emphasizes that a recession involves a significant decline in economic activity that is spread across the economy and lasts more than a few months. In our interpretation of this definition, we treat the three criteria—depth, diffusion, and duration—as somewhat interchangeable. That is, while each criterion needs to be met individually to some degree, extreme conditions revealed by one criterion may partially offset weaker indications from another. For example, in the case of the February 2020 peak in economic activity, the committee concluded that the subsequent drop in activity had been so great and so widely diffused throughout the economy that, even if it proved to be quite brief, the downturn should be classified as a recession.

These designations of recession are often made long after the recession has ended, making them of little use in contemporary news stories.

In contrast, England has no organization with the province of designating something a “recession.” Anytime they have two quarters of lower GDP they call it a recession . This is in line with popular usage.

We aren’t used to the definition of words being the province of some organization. Regulating the meaning of words in the English language seems un-American. But the government does this all the time.

A dairy farmer in Maryland was sued by the Food and Drug Administration (FDA) for selling skim milk as “skim milk.” The farmer was selling all-natural no-fat milk without additives. But the FDA defines skim milk as having synthetic vitamin additives. Because he didn’t add the vitamins, they wanted the dairy farmer to label his milk as “imitation skim milk.”

The FDA has also tried to crack down on products using words such as “milk” or “cheese” in terms such as “almond milk”, “coconut milk”, or “soy milk.” The FDA Commissioner Dr. Scott Gottlieb argues that “an almond doesn’t lactate.” Words can have multiple meanings, and there is nothing new about describing plant liquid as “milk.” One dictionary definition of the word “milk” is “a food product produced from seeds or fruit that resembles and is used similarly to cow’s milk.”

In conclusion, we come back to recessions and the baseball story.

Are recessions a real thing such that anyone could debate if we are in one?

Are recessions a type of corporate make-believe, so each of our interpretations are equally valid because there is no fact of the matter?

Are recessions like knighthoods and titles, so that they can only be granted by very few?

Regardless of which it is and whether we are in a recession, it is always a good time to have a balanced portfolio.

Photo by Daniel Salcius on Unsplash