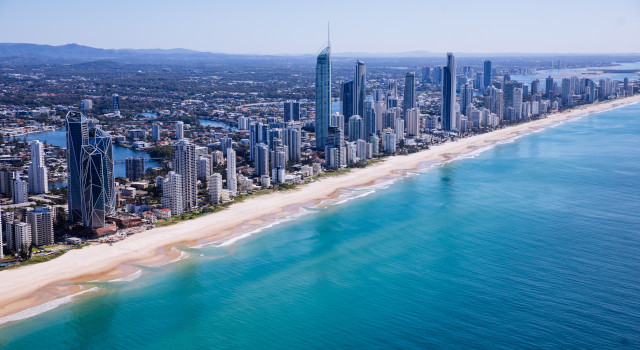 Here in the United States, we represent a large percentage of both the cap-weighted equity and debt markets.

For equity markets in February 2022, U.S. companies represented 59.9% of the total world equity markets. This is why total stock market funds like Vanguard Total World Stock ETF (VT) have a 59.30% allocation to the United States. This means that for your portfolio to match the cap weight of the total stock market, you would have between 40.1% and 40.7% foreign allocation in your stock strategy.

For debt markets at the end of 2021, U.S. public and private debt accounted for 14.63% of global debt.1 However, not all global debt sells on public exchanges or is considered investment grade. Total bond market funds like Total World Bond ETF (BNDW) strive to track the cap weight of marketable, investment-grade global bonds and has a 47.95% allocation to the United States. In this way, for your portfolio to match the cap weight of investment-grade global bonds, you would have a 52.05% allocation to foreign debt.

Home bias is the tendency of investors to invest a majority of their assets in companies domiciled in their home country. In the case of U.S. investors, we are already biased by the size of our economy and the amount of marketable securities we have. When you add home bias on top of this economic weight, many investors just forgo a foreign allocation entirely.

In U.S. stocks, a home bias has seen an advantage for United States citizens because U.S. stocks have outperformed the world market in recent times. 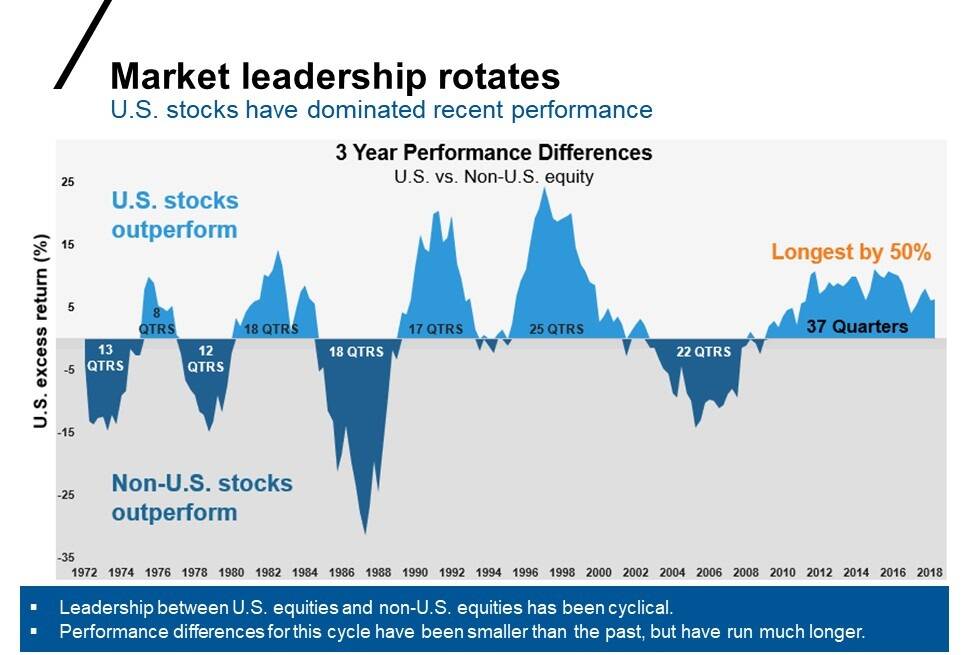 However, in the bond market, a home bias has largely seen a disadvantage for United States citizens in recent times.

Past performance is simultaneously all we have to predict the future and has little to do with what happens in the future. However, knowing that foreign debt and equity markets have large periods of out-performance may help you overcome your home bias and add some foreign to your allocations.

Photo of Australia by City of Gold Coast on Unsplash