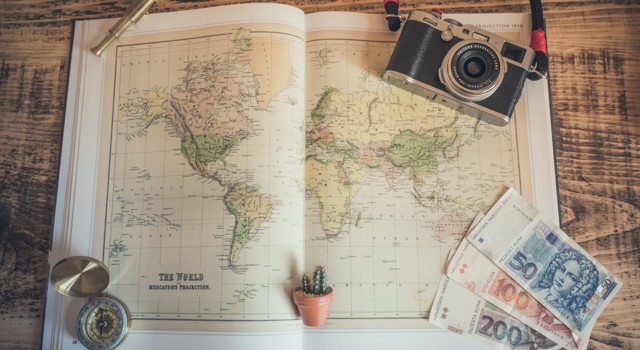 Reviewing last year’s investment returns provides a blueprint for where you should consider investing in the new year. Last week, we looked at U.S. stocks and bonds. This week, we broaden our horizons. Here are five principles to consider.

The United States isn’t the only, or even the best, place to invest. Domestically, the markets enjoyed a great year, but the countries with more economic freedom and less debt did even better. Hong Kong was up 23.23%, Singapore up 22.14% and Canada up 20.45%. I would also add Australia to that list, even though its markets were only up 14.52%.

By comparison, the MSCI EAFE Foreign Index was up 7.75% for the year, recovering 24.18% in the last half of the year after dropping precipitously in the first half as Greek sovereign debt threatened the solvency of the European Union. A total of 61% of the EAFE index is invested in the so-called ring-of-fire countries with high debts. European countries with more government restraint did better, with Switzerland up 11.79%, Austria up 12.67%, and Sweden up 33.75%.

Economic freedom and government restraint matter. All developed countries are not equally attractive places to invest. The United States has entered the ring of fire and expected to underperform in future years as a result. It is much easier to spend your way into deficits than it is to exercise austerity as a way into prosperity.

Emerging markets will continue to emerge. The MSCI Emerging Markets Index gained 18.88%. This increase was not primarily from Brazil, Russia, India, and China (the BRIC countries), which together were only up 9.57%. Mexico, in contrast, gained 27.45%, and Chile gained 47.13%.

Fighting the trend of globalization is not merely muddled economic thinking. It is socially evil. Poor workers in developing countries need employment even more than American workers. This is not a transfer of jobs from the United States overseas. It is a transfer of value from overseas to the United States. If we in the United States do what we do best and we let other countries do what they do best, both sides of the equation can gain. This is the most basic tenet of economics: voluntary trade benefits both parties.

Hard asset stocks are an important inflation hedge. Hard asset investments include companies that own and produce an underlying natural resource. Examples include oil, natural gas, precious metals (particularly gold and silver), base metals such as copper and nickel, and other resources such as diamonds, coal, lumber, and even water.

Hard asset stocks provide an inflation hedge. Due to the underlying value of the tangible commodity that natural resource companies produce, their earnings are tied to inflation. Their resources are worth more as the dollar declines in value. This situation can occur in times when the supply of money and credit is increased to fund government spending and budget deficits.

For 2010, the S&P North American Natural Resource Sector Index, which contains a portion of everything in the hard asset category, gained 23.88% for the year. Going forward we recommend de-emphasizing gold and focusing on energy and real estate.

Stability should be truly stable. You don’t put money on the stability side to make the most money. Therefore you shouldn’t keep more money on the secure side than you need for the next five to seven years. Investors should consider what is and is not stable. For example, we recommend putting a portion into emerging market bond funds such as the Pimco Emerging Market Bond Fund (PEMDX/PEBIX), up 12.36% for the year. We continue to expect high volatility in the municipal bond markets due to economic strains in local and state governments. As a result, we don’t recommend investing in municipal bonds at this time.

This review of 2010 can help provide an investment guide for the coming years. Analyze your portfolio against these observations to see where you should adjust your investment philosophy.