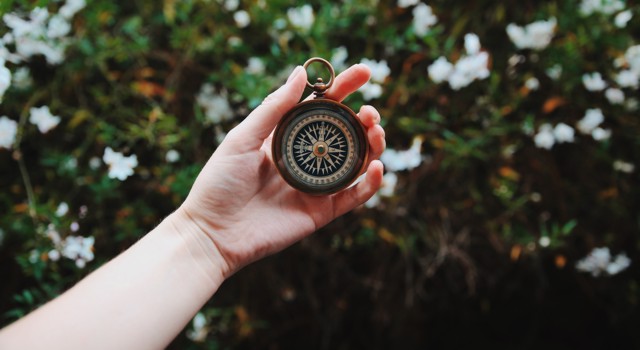 The market fell to its lowest point this year on the last day of June, closing the quarter and the first half of 2010 with some significant losses. Short-term trends can signal or counter longer-term trends. Distinguishing which is which can be difficult.

The EAFE foreign index was down 2.54% more than the S&P 500. The prospects of bailing out Greek budget deficits devalued the euro against the U.S. dollar. Much of the movement in foreign stocks was due to currency exchange. The euro dropped 11% over the second quarter from $1.35 US to $1.20. As a result, the dollar strengthened, but we don’t expect this trend to continue.

Bill Gross, cofounder of the Pacific Investment Management Company (PIMCO) and the country’s most prominent bond expert, recently evaluated countries based on their total public sector debt as a percentage of gross domestic product (GDP) as well as their annual deficit, which is making matters worse. Gross singled out seven foreign nations that are heaping significant deficits on their mountain of debt and called them “The Ring of Fire.” These countries comprise significant percentages of the EAFE foreign index: Japan 22%, the United Kingdom 21%, France 10%, Spain 4%, Italy 3%, Ireland, and Greece 1%. In total, 61% of the EAFE index is invested in the ring-of-fire countries.

For the first time in the Heritage Foundation’s Index of Economic Freedom, the United States was moved from the list of “free” countries to the second tier of “mostly free” countries. Investors seeking to avoid the European malaise by not investing in foreign stocks will find themselves 100% in the eighth ring-of-fire country, the United States. The phrase “American level of growth” used to describe something significantly higher than a “European level of growth.” Now the distinction may be gone.

This may be a unique time in investment history. Tilting toward mostly foreign, but specific countries with low debt and deficit and high economic freedom, may produce superior investment returns.

Countries that still rank as free according to the Heritage Foundation include Hong Kong, Singapore, Australia, Switzerland, and Canada. These five countries already have an average five-year return of 8.04% versus the S&P 500’s five-year return of -0.79%. Economic freedom is significant both to investors and to the welfare of their citizens. Debt and deficit also matter.

Going forward, you should continue to emphasize foreign developed countries with lower debt and deficits as well as the emerging market economies.

The 2010 World Economic Database of the International Monetary Fund (IMF) reports that while the United States and most other developed nations are experiencing increasing budget deficits, a select group of countries have been able to run a surplus. Norway (+9.67%), Switzerland (+1.37%), and Hong Kong (+.81%) are three such examples of fiscal health. Norway is blessed with an abundance of natural resources that make it the world’s fifth largest exporter of oil and gas. Soaring public debt in the 1990s prompted Swiss voters to approve a constitutional amendment requiring revenue and expenses to balance over an entire economic cycle. Hong Kong’s government has been a beacon of fiscal prudence as evidenced by its number-one ranking in the Heritage Foundation’s index for 15 consecutive years. We believe that on average, businesses run within these fiscally responsible economies will outperform companies in countries with high debt or government intervention.

According to the IMF, emerging and developing economies will experience 6.6% GDP annual growth during the next two years while the advanced economies will only experience 2.5%. Perhaps “emerging market level of growth” has replaced America as the land of opportunity. The emerging market index has averaged 12.73% over the last five years versus the -0.79% return of the S&P 500.

Average investors have nearly all of their assets in U.S. large-cap stocks and U.S. bonds. This represents one and a half of the six asset classes we recommend. We believe that adding any of the other asset classes may both boost returns and decrease volatility.

Regarding U.S. bonds, municipal bonds (or “munis”) are becoming more popular. We do not recommend this strategy. Although a tax tsunami is coming at the end of this year, trying to avoid taxes by investing in muni bonds has its own pitfalls. With municipal debt rising, the risk of credit downgrades and insolvency threatens these investments.

Municipal revenue tends to trail economic recoveries by the year it takes for higher income and property taxes to be assessed and collected. Aid to municipalities from the $787 billion stimulus package is starting to wind down. Some municipalities are looking at deficits requiring tremendous reductions in spending. Warren Buffett, whose Berkshire Hathaway Inc. has been paring down its municipal bond portfolio, predicted a “terrible problem” for state and local government debt in his June 2 testimony to the U.S. Financial Crisis Inquiry Commission in New York.

Not all municipal debt is created equal. California’s replacement of paychecks with IOUs is one example. Current-day financial stresses are highlighting the divide between those municipalities that have been spending beyond their means and those that have acted prudently. Reviewing your municipal portfolios is more important now than ever before.

Photo by Heidi Sandstrom on Unsplash