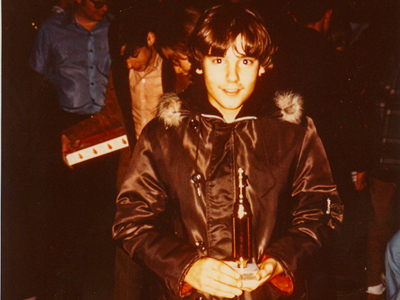 I love strategy games. Many people dismiss games as a waste of time. But at their best they teach principles of cause and effect that we can use as paradigms for real life.

Of course, some games are better than others. Market games like the CNBC Million Dollar Portfolio Challenge teach all the wrong lessons about investing. Short-term movements are mostly noise. Therefore 10-week winner-take-all market contests encourage diversifying as little as possible and purchasing the most volatile investments.

My interest in chess began when I was only four years old. I remember watching my father and brother intently playing a game. I wanted to play. And although they thought the game was beyond me, I insisted on being taught.

There is a beauty to the game of chess. You have perfect knowledge. There are no dice or other random chance. Yet the number of possible moves and games makes it impossible to analyze completely. Even looking several moves ahead is beyond the capabilities of all but the most accomplished masters.

I’ve always found analyzing games even more interesting than playing them. At six I took out the chessboard and tried to determine how to finally beat my father. Finding a weak point, I plotted, challenged my father and then checkmated him in seven moves. A few years later I was beating him regularly, and he took me to his workplace for a better challenge. That’s how at age 11 I found myself competing for the State Department chess team against college-age players.

At that time I played a lot of speed chess. But I needed to learn to slow down. I sat on my hands to keep from moving. And I disciplined myself to ask four simple questions before I made any move: What did my opponent do? What can he or she do? What can I do? What should I do?

I’ve found this restraint helpful in every aspect of strategic decision making. Perhaps the markets dropped precipitously. But what specifically did they do? What dropped the most? What can they do going forward? Perhaps they will drop more, or perhaps they will rebound. Just the fact that chess caused me to separate the question of what my opponent did from he or she could do taught me wisdom.

Similarly, the question “What can I do?” is separated from the question “What should I do?” In investments, I can sell and get out of the markets entirely after a market drop. But other choices are available. And only after analyzing all the options can I make a strategic decision. I also learned to record every game I played for subsequent analysis.

Looking back over my games confirmed the value of deeper thought and analysis. Slowing down helped avoid the obvious knee-jerk reactions and find more strategic long-term moves. It has also helped me shut out the world around me and focus solely on the game.

These skills served me well as a young chess player. At that time American chess phenomenon Bobby Fisher was my hero. I tried to emulate the best parts of his example. At 12 years old I placed as best player in my age group at the Washington D.C. Open. In high school I led our team to win the championship and was the most valuable player in the league.

During high school I was challenged to play theoretical physicist Edward Teller at a social gathering. And in the midst of a noisy party we both shut out the rest of the world and played a few games of chess.

Teller’s style of play was both dynamic and aggressive. I could tell he was expecting to keep the game complicated until he could press an advantage or capitalize on some mistake of mine. I gave him no such opportunity. As he continued to try to forge ahead, he gave up a bishop for two pawns, was unable to find any weakness and never recovered.

An expert chess game, like wealth management, turns on small factors. Giving up even one pawn usually means losing. Teller lost his second game in a similar way. For those who are interested either in chess or Edward Teller, I’ve put both games up on our blog site at www.marottaonmoney.com/edward-teller.

I’ve often likened the process of investment management to the game of chess in slow motion. You make a move, and then six months later you go back to analyze if it was the right one. The biggest difference is that chess is a zero-sum game: someone wins and someone loses. In the markets, everyone can win, and the prize money is considerably better!

Today’s games train young people less about patient strategy and more about the reaction time of twitchy neurons. And now computer chess programs have defeated the world chess champion, and every home computer plays better than all but the grand masters.

But the lessons learned from playing chess are still useful. Slow down. Be patient. And learn to stop and analyze all the possibilities and all your potential responses before choosing a course of action.