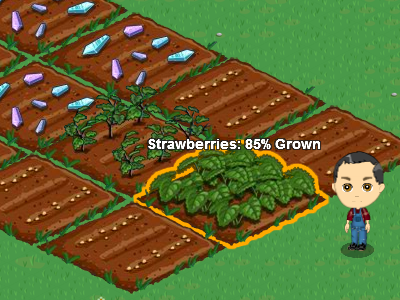 Because I’ve loved games all my life, I am very careful about which games I choose to spend time on. To interest me, a game must have a simple but thought-provoking premise that allows for deep strategy. I’d never played Farmville but decided to recently because the parent company, Zynga, is going public this Thursday, December 15, 2011. Farmville is more socially addicting than strategic, which offers its own lessons to be learned.

Zynga was already the leading Facebook platform developer when it launched Farmville in June 2009. The idea was not original, but Zynga implemented it better and advertised it more than other companies. A year later Farmville had 80 million users, with most people coming back every day and representing about 10% of the Facebook population.

The most addictive games include four key elements: the illusion of progress, random rewards, a required timeliness and social sharing. The social aspects of Farmville are part of what made it go viral. Shared accomplishments are more likely to be repeated, whether they are trivial or significant.

By joining Farmville I found out that 27 of my current 268 friends are on Farmville, almost exactly the 10% that Zynga hit at its height. I was encouraged to ask them all to be my Farmville neighbors. Six of these people had played recently, and I was invited to send them a “Special Delivery Gift” and request them to send me one back. A Lonely Black Pony wandered onto my farm, and I was asked to share with my friends if anyone would find her a home. All this happened in the first ten minutes of play.

If we celebrated our efforts at financial responsibility as much as we do Farmville, the savings rate in this country would rise significantly. But for most families, talking about finances happens only rarely, and it is not socially acceptable to post the amount you are saving and investing as a status update on your Facebook page. Perhaps one of the many advantages of working with a personal financial planner is simply having someone who will celebrate your successes.

After planting my first Farmville plot on my own, I was upgraded to level 2 Kinderfarmer and invited to share the accomplishment on my Facebook page. Two minutes later I was a level 3 Amateur Farmer. One of my friends is a level 75 World Fair Champ. I feel like such a newbie.

These arbitrary level upgrades are significant milestones in the game. Players can’t wait until they reach the next level so they can finally purchase some previously locked game element. In our family, we call this the “illusion of progress.” 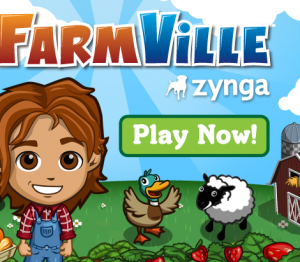 Younger gamers are familiar with this illusion in Blizzard Entertainment games such as Warcraft, Starcraft or Diablo. It keeps players playing the game with thoughts such as, “Just a little more experience and then I will be a level 48 Mage where I will finally be able to use the staff of destruction to unlock the portal of demons and fight the Devil himself.” Farmville is exactly the same idea with the small substitution of using cute little farm animals instead.

Progress, however, is all internal to the game. Stop playing, and all your hard work is lost forever. In Farmville, your crops suffer the blight if you don’t return to harvest them in a timely fashion. This sense of urgency is another component that keeps people returning to the game, even to the point of scheduling their social life around their crops maturing.

There is no visible blight to neglecting your finances, but there should be. Failing to save and invest properly affects everything about your future lifestyle and opportunities. For every seven years you fail to save and invest, you cut in half the lifestyle you will be able to afford in retirement. And if you spend more than your safe spending rate in retirement, you will not have any working years to recover.

The first time I ran out of coins, they gave me a bonus of 200 coins. I logged out and came back a minute later and won 40 coins in the day’s raffle. In my 10 minutes of playing, I was able to participate in several random free gift opportunities mostly sent to other Farmville Facebook friends in the hopes they would give me some random gift back. Waiting for the virtual gifts of electronic pixels to be received is at least as rewarding to Farmville users as seeing electronic shares of stock in their brokerage account. 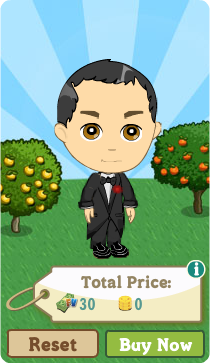 Farm coins are given out easily enough. Farm Cash, however, is where Farmville makes its money. You can purchase Farm Cash. The exchange rate is 100 real dollars to purchase 650 Farm Cash. Facebook shares a portion of every app developer’s profits. Zynga makes most of its revenue selling virtual items for its games such as tractors for Farmville or weapons in Mafia Wars.

You can also get Farm Cash by participating in any number of promotions and deals from other companies. These often result in trying out products or signing up for subscriptions, many of which users forget to cancel because they are too busy harvesting their radishes in Farmville. Zynga and Facebook get paid for these marketing leads as well.

I was able to change my Farmville character’s physical appearance for free. I tried to make him look as much like me as possible. I looked for a business suit to take screen shots for the blog of my character. I found a black tuxedo, but it costs 30 Farm Cash and the game only started me with 7. I felt deprived.

Making users feel disadvantaged is one of the addictive elements of Farmville. Ninety-one promotions were available to help me earn some Farmville cash. Farmville gets paid by each of these companies whenever anyone takes advantage of their promotions. I did not participate. I was able to try on my tuxedo before buying, and I took a screen shot of my character in his tuxedo rather than buying or earning Farm Cash.

My daughter uses this technique to avoid or postpone spending. If a purchase tempts her, she takes a picture of it with her phone. Often sharing the photo with someone satisfies her desire, and a week later the idea of the purchase may no longer be interesting. Zynga is fortunate that the average Farmville user isn’t as frugal.

The company’s initial public offering (IPO) will be just 10% of the company’s value. That 10% is expected to be worth as much as $1 billion. That’s real dollars. They won’t be accepting Farm Cash.