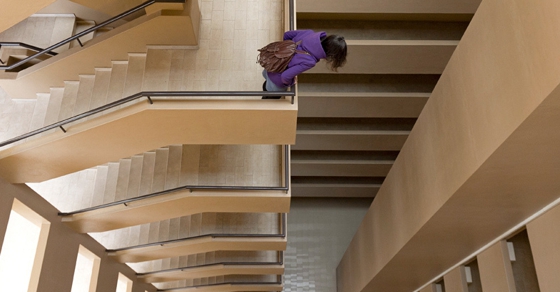 Correlation is an important measurement used when examining the volatility of investments and the diversification of an asset allocation. We use the term in many other articles and therefore thought it important to take the time to talk about what correlation means. 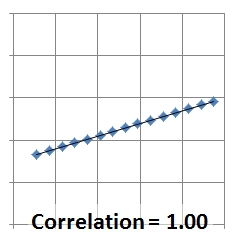 Here is an example of a chart of two variables which have no correlation. There is both no trend line and no proximity of points to the trend line: 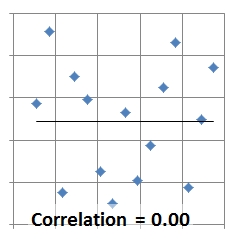 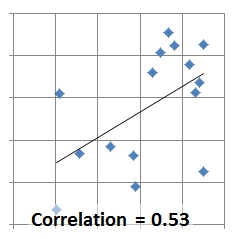 Most stock index returns have a relatively high positive correlation to each other, often between 0.85 and 1.00. Asset categories whose correlation drops below 0.85 can provide a significant benefit to portfolio construction. And even indexes which are above 0.85 can still provide some benefit to the extent they are less than 1.00.  Here is a visual guide to what various correlations look like:

Correlations can also be negative, meaning when one asset is going up the other asset is often going down:

Why is correlation important to asset allocation?

Inversely correlated investments can reduce the volatility (as measured in the standard deviation of portfolio returns) for an asset allocation between the two investments. 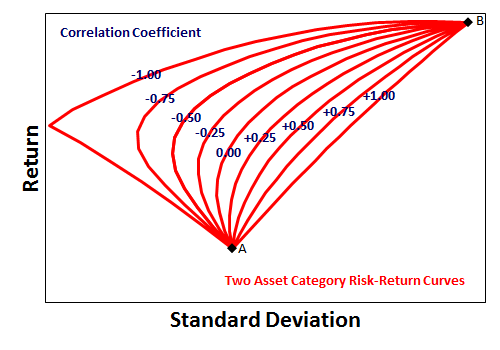 Low correlation can also boost returns for an asset allocation between two investments with a roughly equivalent expected return. 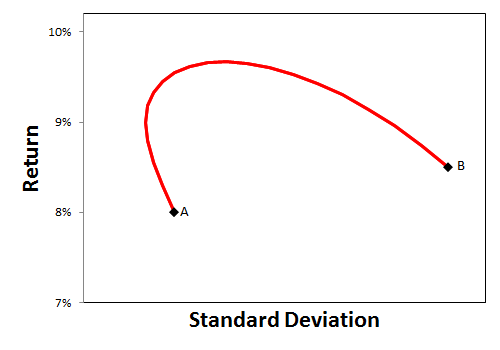 We use historical correlation measurements to help define what qualifies as an asset class and what is simply a sector or subsector. The lower the correlation the greater the benefit in asset allocation. The measurements over a specific time period is science, but the generalization to a specific allocation going forward is art.

Investors should want to build a portfolio of non-correlated assets. They should want to be diversified across asset categories which do not move in sync with one another. But many investors complain when one of their investments has gone down during the same time period when other investments have gone up. They believe that someone should have known which investments were going to go up and which investments were going to go down. What they miss is that having a properly diversified portfolio means something should always be going up and there should be little risk of everything going down.

We have a saying we use in the firm: “A good asset allocation means you always have something to complain about.”