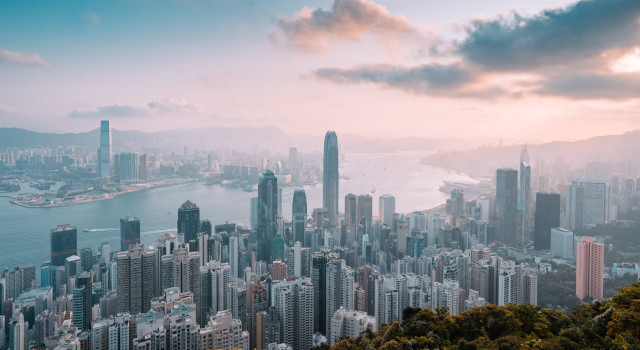 According to the Heritage Foundation’s 2010 Index of Economic Freedom, Hong Kong has the most economic freedom. Freedom does matter. Hong Kong is the poster child for superior investment returns following free markets. Investments there have appreciated 71% more than the S&P 500 over the past decade.

Hong Kong has an incredibly low tax rate. Individuals are taxed at the lower of a progressive tax maxing at 17% of adjusted gross income or a flat tax of 15% of gross. Just as good is Hong Kong’s 16.5% top corporate tax rate.

Hong Kong’s government spending is equally low. In the most recent year of the Heritage Foundation’s study, tax revenue was 14.2% of gross domestic product and government spending was 14.5%. Unlike the United States, Hong Kong tries to have a balanced budget every year.

Hong Kong’s constitution is completely separate from the rest of China. Corruption is minimal, and it ranks above the United States for freedom from corruption in Transparency International’s Corruption Perceptions Index. Of 179 countries, Hong Kong ranks 12th; the United States only ranks 18th. In the United States, the Troubled Asset Relief Program (TARP) and other bailout programs run by the Treasury and the Federal Reserve lack public accountability or transparency.

The value of the Hong Kong Index is 60% in financials, which includes real estate properties and stock exchanges as well as traditional banks.

It is understandable why Hong Kong has so many financial institutions. Today banks can be located in any country and still do business around the world. With current technology you can take a photo of a check with your iPhone, and then send the image and deposit the money electronically in seconds. Many banks allow you to use any ATM to withdraw funds and reimburse you for the transaction fee.

So imagine you are opening a bank and have the option to locate it in either Hong Kong or the United States. You can serve clients anywhere in the world. The only difference that your choice will make is which economic environment will bring the best value to your shareholders.

If you opt for Hong Kong, oversight and regulation are light and evenly applied by the independent Hong Kong Monetary Authority. As mentioned earlier, your profits are subject to a top corporate tax rate of only 16.5%.

In contrast, if you locate in the United States you are subject to the expensive and invasive 2002 Sarbanes-Oxley Act. The government subsidizes large firms competing with you that benefited from risky investments by allocating additional credit to them at below-market rates. And after the Frank-Dodd Regulatory Act of 2010, the government can decide to dismantle your company without judicial review because it considers what your company is doing to be a threat.

In which country would you choose to put your headquarters?

Investments to expand banks do not do as well in the United States as they do in Hong Kong. The United States is not a bank-friendly environment. We seem to be the last country to realize that high corporate tax rates only serve to move more and more businesses overseas.

Hong Kong is only 426 square miles, less than 60% of the size of Albemarle County, Virginia. But its population is more than 7 million, making it one of the most densely populated places in the world.

An annual 6.27% superior return adds up over 10 years. It is the difference between a cumulative 54.7% appreciation and a cumulative 16.7% loss. That means an impressive 71.4% more in your portfolio.

Economic freedom matters. And it makes you wonder why all the capitalists are in China and all the socialists are in Washington.

Photo by bady qb on Unsplash