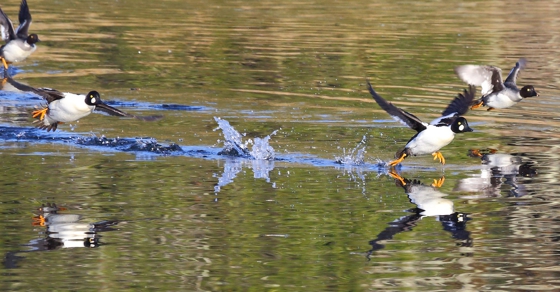 Financial Advisor magazine had an nice interview entitled “A Talk With Nick Murray .” I enjoyed his answer to this question:

Q. You are known for having a low opinion of bonds. Given their yields, your opinion isn’t the only thing about bonds that is low. But the vast majority of retirees need both an element of risk control and a source of income in their portfolios. A look at the options—high-yield bonds, real estate, high-yield munis, dividend paying stocks, MLPs, annuities and other instruments—reveals that each vehicle has its own set of issues and each has also been influenced by global monetary policy. How do you evaluate the choices embedded in this conundrum?

A. What conundrum? Nothing has provided greater risk control over the long term than equities, which are historically without principal risk over 30-year periods (unless you’re mistaking volatility for loss, in which case you’re already doomed). And there has never been a source of increasing income as powerful or reliable as the constantly rising dividends of the Great Companies in America and the world.

The stock market is inherently volatile. But it is also inherently profitable. And for those with the patience and discipline to withstand the volatility and at least stay the course (if not engage in contrarian rebalancing) it has, historically, always recovered and gone on to set new heights.

To financial analysts like Murray, a downturn of less than 30% is just volatility.

When asked another question, Murray answered:

Q. We are six years into the most unloved bull market in most Americans’ lifetime. According to some measure, only one bull market since 1873 made it to seven years and that was from 1897 to 1903. Should that be a source of concern?

A. I guess if you torture the data long enough they’ll confess to anything, but it really depends in part on how you define a bull market. We had one from 1946 to 1968, by my reckoning—albeit one interrupted by three relatively brief and relatively shallow (i.e. less than a 30% decline) downturns. We had another from August of 1982 to March of 2000, interrupted essentially by one day of horror in 1987 and a couple of blips in 1990 and 1998. And in the largest sense, we’ve had one since those guys met under the buttonwood tree; it is quite wonderfully ongoing, as how could it not be?

But beyond all that, I don’t see how this line of inquiry gets us anywhere, inasmuch as the market can never be timed. Peter Lynch said it best: “Far more money has been lost by investors preparing for corrections, or trying to anticipate corrections, than has been lost in the corrections themselves.”

I find it interesting that Murray would not even consider the Bear Markets of 1957, 1962, and 1966 as anything other than “three relatively brief and relatively shallow downturns” simply because, although they exceeded a 20% decline, they did not exceed 30%.

Average investors would do well to ignore the noise of financial movements even when a downturn is over 20%.

As Peter Lynch’s quote suggests, you will lose money trying to anticipate corrections.