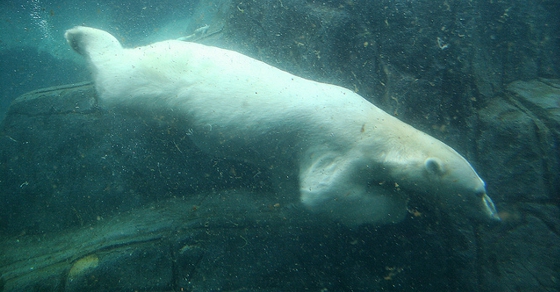 The Kennedy Slide: The Bear Market of 1962

The entire cycle lasted 630 days (1.7 years): 196 days from prior peak to the bottom and 434 days back to the prior peak. After recovering, the market continued its upward trend for an additional 30 months (2.4 years).

Because the drop was so quick, this Bear Market is sometimes called the “Flash Crash of 1962.” But since a stock market crash is defined as a drop of -50% or more from a previous high, the “Kennedy Slide of 1962” is more accurate.

President Kennedy had promised that the economic recovery would continue. When the market experienced a precipitous decline, people demanded to know why. The Securities and Exchange Commission (SEC) ran an extensive investigation. Wikipedia describes their findings:

The SEC concluded that the downturn in the market was due to “a complex interaction of causes and effects—including rational and emotional motivations as well as a variety of mechanisms and pressures,” which led to a “downward spiral of great velocity and force.” The end of the report labeled the market slide as an isolated, nonrecurring incident with precipitating causes that were unable to be confidently ascertained.

The SEC investigation was supposed to find the causes of the decline in order to pass legislation which would prevent such mishaps from happening again. The reasoning behind this is the same one behind the most ridiculous question I have ever been asked: “Why doesn’t the government just mandate that the stock market only rise a little each day and is not allowed to go down?”

That is because the stock market is not its own entity. It is a group of people each buying and selling what they think is best at any given moment. In such a complex network of trade, when government fixes one part of an economic equation, every other variable becomes more volatile. When those variables ultimately blow up, government uses the explosion they accelerated as a justification to fix even more variables. Government regulations doesn’t make you safer and, thankfully, in this case the SEC did nothing.

Here are seven lessons we could learn from the Kennedy Slide:

1. A bond allocation helped weather the storm. Having just 1.7 years of safe spending in a bond portfolio allowed retirees to refrain from touching their stock portfolios while the markets were down. Having the right asset allocation is priceless.

2. Everybody wants to blame somebody. People wanted to know why the market dropped when President Kennedy promised the recovery would continue. Then the Securities and Exchange Commission (SEC) launched an investigation looking for some corporate conspiracy to explain why the market had gone down. Toward the end of this Bear Market, President Kennedy gave his famous speech blaming government taxation and asking for permanent tax cuts for corporations and higher-income taxpayers.

3. Sometimes the bottom looks like the letter W. Even after bottoming, the markets may still bounce around precipitously. After the first drop, the markets spent 5.3 months rising and then dropped below the -20% mark an additional five times. The markets are inherently volatile.

4. Dire history does not correlate to future stock market losses. On 10/22/1962, President Kennedy went on television and told the nation that the Soviet Union had nuclear missiles in Cuba. By that time, the market had already bottomed and the next day it formed the second bottom. After that the markets saw stellar gains. Not every news item affects the stock market.

5. Markets often have stellar returns after bottoming. Even including the second bottom, the market had an annualized 17.56% return for the 3.6 years after the bottom.

6. Buy when you see others selling. At the time, J. Paul Getty, an oil tycoon with large investments in Wall Street, addressed the press and explained, “When some folks see others selling, they automatically follow suit. I do the reverse—and buy. I don’t think the slide will go on. In fact, I think there will be a rather substantial rise shortly.” This is good advice and happens automatically when you simply rebalance your portfolio.

Each Bear Market is unique, but Bear Markets themselves are relatively common. We’ve had one for every 7.2 years and the entire cycle from peak to bottom to full recovery lasts about 3.4 years. Looking at the lessons learned with the clarity of 20/20 hindsight may allow us to relax and know that a Bear Market need not be a cause of distress.