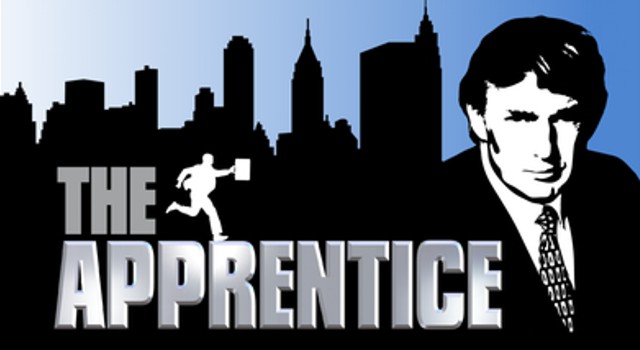 “You’re Fired!”  These are the second best two words you could hear in your career.

These words are from Donald Trump’s popular reality TV show “The Apprentice” which ended recently.  The show pitted teams against each other with the ultimate winner receiving a real-life contract to work for Trump with a $250,000 salary paid by NBC. The show was certainly more interesting than eating bugs on a desert island.

If you think your job resembles eating bugs on a desert island, you may want to consider going into business for yourself. Many workers assume they can’t afford to start their own business. Think again.

Take your current salary. Add about 30% for benefits. Then double it. That is the salary you could be making if you owned your own company.  If you aren’t worth much more than you are paid then either you should be fired or you work for the government. No private enterprise would hire someone who isn’t obviously worth more than they are paid.

On The Apprentice, the losing team would visit the boardroom where Donald Trump would tell one of them, “You’re Fired!”  Sometimes I felt sorry for those remaining in the competition. Even a high paying salaried job is still working for someone else.  Real success often comes only after deciding to work for yourself.

The Apprentice’s runner up, Kwame Jackson had the right definition of success when he said, “Success for me includes a feeling of true self-actualization and fulfillment accompanied by the financial freedom, soundness of body and mind, and personal wisdom to control my daily destiny.”

Kwame endorses having financial freedom and controlling your daily destiny.  He would make a great Vice Presidential candidate for the Financial Freedom Party.  Donald Trump would not.

Donald Trump represents the flash and glitz of outward success without the financials to back it up.  Much of the show ended up being an advertisement for Trump’s ailing business properties.  Trump Hotels & Casinos (DJT), the only public portion of his operations, owns and operates the Trump Taj Mahal.  It was the first company in 2002 to be charge with overly aggressive “pro forma” accounting.

In 1999 Trump Hotels & Casinos beat Wall Street expectation and reported earnings of $14 million causing the stock to rise 7.8%. Shareholders later learned that after removing a one-time termination payment, the company only earned $3 million, well below expectations.

In 2002, the SEC called the company’s statements fraudulent and misleading. Trump Hotels & Casinos consented without admitting any guilt. But that same year when his company lost $12 million he wrote in the annual report, “The results for 2002 for our company were amazing.”

Amazing. Shares of DJT are currently down over 80% from the day they went public in 1995 during which the rest of the markets have more than doubled.  The stock recently hit a low of 1.55 per share in December. During The Apprentice, DJT had an amazing spike in value peaking at 3.47 on March 26th, the day after the Gambling episode at the Trump Taj Mahal. The volume of the stock’s trading reached twenty six times normal.

Glitz works, but can’t substitute for fundamentals.  The stock settled back in the two and a quarter range.  Even at that price my own system for rating stocks rates DJT as a “strong sell.” It is always important to separate show business, reality, and good business principles. [Within four months of this article Trump Hotels & Casinos (DJT) filed for bankrupcy on 8/11/2004. Shareholders lost nearly everything. Bond holders were paid 93 cents on the dollar.]

Our entire family watched with interest and talked during the long muted commercial breaks about how much was show business, how much was reality and how much was good business principles.

If you think that most of what you watched was reality I have a Kwame Jackson signed football I’d like to sell you.  Amy and Nick’s romance was invented for ratings as well as, I suspect, more significant lies, cheats, problems, and last minute offers. The reality of business is long and boring and would not receive very good ratings. There can also be multiple individual winners.

“You’re fired!” can be an opportunity to work for yourself. But the best two words you might hear are yourself saying, “I quit.” Working for yourself is risky and frightening, but the financial freedom and opportunities you gain are significant.

In the next few weeks we will look at what it might take for you to go into business for yourself. Forget about being The Apprentice, and learn to be The Master.

Logo for the TV show “The Apprentice” owned by NBC.