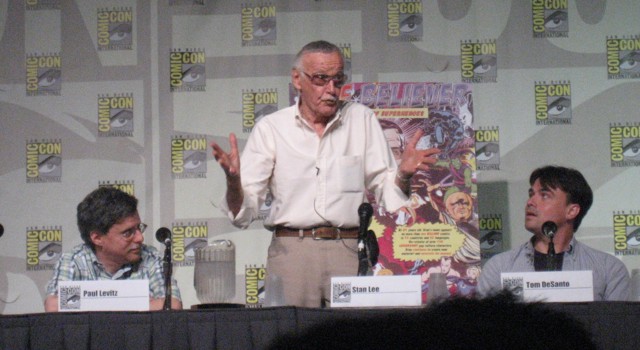 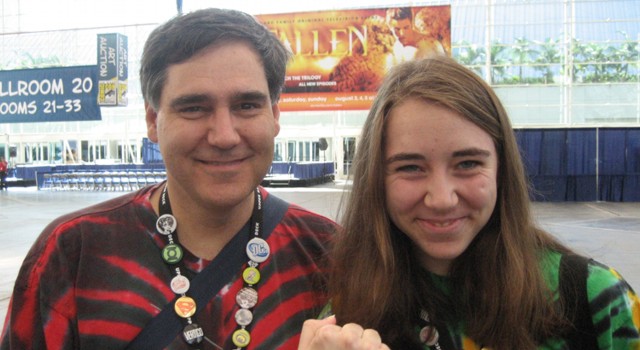 Last week I attended the San Diego International Comic-Con. The four day event has grown from covering comic books to all things associated with popular culture. But comic books are still at the heart of the convention, and Marvel Comics is still the industry leader.

I’ve been a Marvel fan since growing up reading the very early years of Spider-man. My earliest issue is The Amazing Spider-man #5 featuring the villain of Doctor Doom. Since then the comic industry has evolved and changed as the average age of fans has gotten steadily older and the stories have gotten steadily more sophisticated. Today the average age of a comic book reader is late thirties and it is the exception, not the rule, for a comic publisher to gear a line of comics toward younger readers.

The Comic-Con boasted over 130,000 in attendance and more than 350 hours of presentations as well as miles of vendors and booths in the convention hall. Imagine putting more than the entire population of Albemarle County into a convention hall.

Stan Lee, the co-creator of most of Marvel’s most notable characters, was at the Comic-Con speaking and signing. Stan Lee was Marvel’s editor-in-chief from 1941 to 1972 during which time he co-created The Fantastic Four, Spiderman, the Incredible Hulk, Iron Man, Thor, Doctor Strange, Daredevil, the Silver Surfer, and the X-Men. Today, comic fans and non-comic fans alike recognize Stan Lee’s face and voice as the embodiment of the comic book super hero.

Much of Marvel’s ascension over DC Comics stems from Stan Lee’s development of the personal side of super heroes during the 60s and early 70s. Fans felt like they were catching up with old friends and looked forward as much to the soap opera of their comic private lives as the battles of their super powered persona. This paved the way for Marvel to become much more than just a comic book publisher.

Marvel Entertainment, like the Comic-Con, has expanded to include much more than just comics. In fact, Marvel only gets 31% of its revenue from publishing comic books and trade paperbacks, including related advertising revenues. Another 33% is gained from toys and action figures. Marvel’s toy line is currently sold exclusively through Hasbro which has benefited that company immensely. Hasbro (HAS) stock is up 77% over the year ending June 30, 2007.

A full 36% of Marvel’s revenue is gained from licensing their characters on other products, feature films, television programs and theme parks. This last category of licensing brings in the most revenue and has much less cost associated with it. This is the elusive prize that is gained by developing characters and stories so popular as to develop into a franchise.

Marvel Comics owns over 5,000 characters and franchises them in licensing, entertainment, publishing and toys. They emphasize feature films, DVD/home video, consumer products, video games, action figures and role-playing toys, television and promotions. On the first day of the convention the US Postal Service released their line of Marvel Comics stamps.

Movies based on Marvel characters this year include “Spider-man 3” and “The Fantastic Four: Rise of the Silver Surfer”. Planned for 2008 are “Iron Man” and “The Incredible Hulk”.

I also met Joe Quesada at the Comic-Con. He is the current editor-in-chief of Marvel. Quesada gained this position in 2000 and took Marvel from its bankruptcy and reorganization in the late 1990s to a revival of the comics of its primary characters. His focus on hiring quality writers and artists helped boost sales that were relying too much on past glories. His leadership must have done something right. Marvel Entertainment (MVL) stock is up 44.6% over the year ending June 30, 2007, and has averaged a 40.2% annual growth rate over the past five years.

Marvel’s latest Annual Report has a section entitled “Risk Factors” that highlight the need every artistic endeavor has for a savvy financial, marketing, production and legal team behind them. For example, historically Marvel has not controlled the decision to proceed with the production of films and television programs based on characters that they license to studios, and they have not controlled the timing of the release of those films and programs. As a result, delays and cancellations of movie releases can greatly affect the sale of merchandise related to those characters.

To offset this lack of control Marvel is taking the risk of self producing the next two movies under their own Marvel Studios. Producing their own movies allows them to both control the timing of their release and retain the full benefit from any revenue stream but has the potential to effect the quality of the final product. These decisions are amazingly risky and incredibly important. But then, “With great risk often comes great returns.”