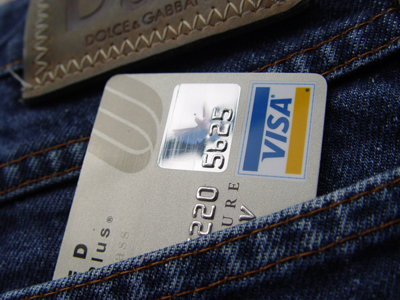 Every University student knows they should have a credit card. You have to have a second form of ID on many financial transactions. You have to have one to establish good credit. And, the more you use them, the more you will accrue bonus points toward cash, mileage credits and various “free gifts”. P.T. Barnum said, “There’s a sucker born every minute.” But it doesn’t have to be you.

About half of first year University students have at least one credit card. By the second year they nearly all do. About 60% of them pay off their balance each month. Even the most responsible of these students is succumbing to developing the worst mental rules of thumb on how to think about their finances.

They need to have rules of thumb that are not influenced by Madison Avenue. They need visual images to help them understand what the use of credit does even if they think they are using their credit card responsibly. They need to understand the credit card company’s goal of ensnaring them into perpetual servitude.

In most states, eighteen year-olds are eligible for a credit card without parental consent or personal employment. The next generation can’t learn to live within their means if parents keep supplementing their means. We don’t do our children any favors by intervening and ruining life’s lessons.

Targeting university students is a strategic decision for credit card companies. They know students are more likely to exceed their credit limit, make minimum payments and remain loyal to the company that issues them their first card.

Credit card companies attract students with loud music, flashy giveaways and free food. The most typical give away is a free T-shirt. There are at least nine ways that T-shirt could cost you thousands of dollars.

True story. A friend’s son filled out a credit card application at a booth outside the stadium at one of the University of Virginia’s home games. He was promised a T-shirt in the mail for completing a form. Instead they used all of his credit information to steal his identity and have the credit card sent to another address. Thousands of dollars later he was still trying to clear his name.

When you see those T-shirt offers, imagine they read, “I had my identity stolen and all I got was this lousy T-shirt.” But you probably won’t get the T-shirt.

Studies have shown that when people use a credit card, they are willing to spend twice as much money as when they use cash. Those same studies show that the biggest savings are enjoyed by a refusal to make small everyday unnecessary purchases. Put those two studies together and you will double your spending and cut your savings in half simply by using a credit card.

Although 60% of college student’s pay off their balance each month, that leaves 40% who do not. It is relatively easy for a bill to be lost, misplaced or forgotten in the hectic lifestyle of college activities.

If you lack the money to pay cash the credit card is very convenient. The smaller minimum payments are easier to pay than the accrued balance. As a result, it is very easy to get suckered into the pattern of just paying the minimum each month instead of the balance.

Next week we will examine the economics of how students are impacted by these convenient monthly payments.