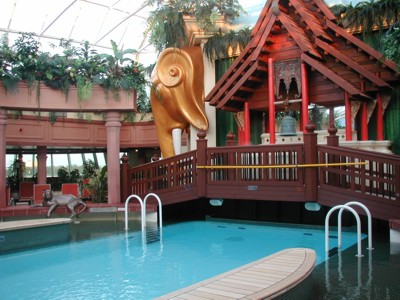 Fascinating comments by Robert Frank in The Wealth Report blog Why Are Million-Dollar Earners Vanishing?

Michelle Bachmann once worried that the U.S. is “running out of rich people.”

The fears were echoed in an insightful editorial in the WSJ headlined “Millionaires Go Missing.” The piece highlighted IRS figures showing that the number of American tax filers with incomes of $1 million or more had declined by 39% between 2007 and 2009. In 2009, there were 237,000 million-plus earners, down from 390,000 in 2007.

In other words, four in ten million-plus earners vanished in two years. (As Wealth Report readers endlessly remind me, the term “millionaire” is traditionally defined by net worth, not earnings).

This population drop should be troubling to both parties. Democrats should be worried that the revenue-rich wealthy had less revenue in 2009. The taxes paid by million-plus earners have fallen by 42%, even as their effective tax rate went up to over 24%.

The taxes paid by million-plus earners have fallen by 42%, even as their effective tax rate went up to over 24%.

Those who insist that we should be heaping more taxes on the rich and point to the growing number of millionaires as some type of proof routinely ignore the fact that in letting the Bush tax cuts expire we aren’t taxing wealth, we are taxing income.

Those productive small business owners with higher earnings are a different group from the ultra-wealthy with a higher net worth.

The number of real millionaires (those who have a net worth of a million or more) soared 16% in 2009, and jumped again in 2010. The U.S. now has a record number of millionaires, according to Merill Lynch and Capgemini. The number of people worth $30 million also rebounded.

The reason is rebounding markets, since the wealthy have such a large share of their wealth in financial investments.

The mystery is why the number of top-earners fell so rapidly while the markets soared. Why did the income-rich decline while the asset-rich jumped?

While we have accurate numbers for those earning over a million from the IRS records, every survey of net worth is a guesstimate. So it is possible that the surveys about the growth of millionaires are wrong. Alternately, people just continue to confuse the productive with the prosperous.

It doesn’t pay to tax the most productive members of society. As the good book says, “Do not muzzle an ox while it is threashing; A worker is worthy of his wages.“