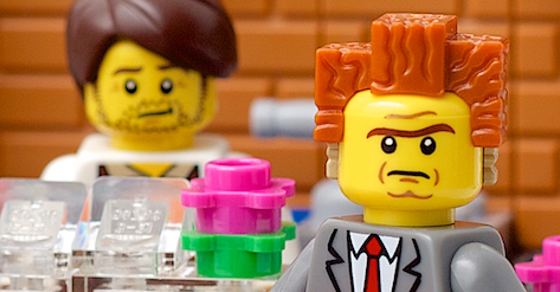 Here is more evidence that executives at America’s largest corporations are consumed by what Jack Bogle, the founder of the Vanguard Group, calls “short-termism” which occurs when excessive focus is put on the next few quarterly earnings reports. Meanwhile, the long-term interests of shareholders, employees and the local economies they participate in suffer.

James Montier’s recent essay, The World’s Dumbest Idea , illustrates that during the last twenty years, CEO salaries have skyrocketed and the majority of this growth has come in the form of stocks and options. 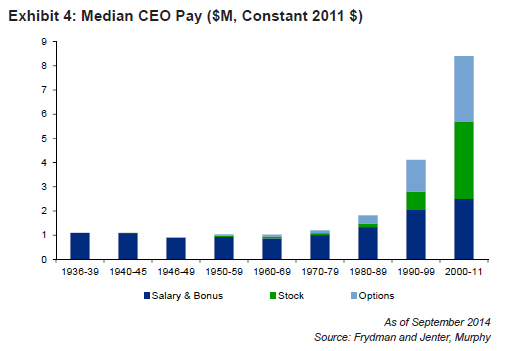 The move to award CEOs with generous stock and options packages was done to better align executive management interests with the interests of the company. But Monitor points to new research suggesting that overly generous compensation packages actually distract people from doing their best work because they spend too much time worrying about the management of their compensation.

At minimum, it is important to note that Fortune 500 companies have returned slightly lower returns (blue bar in Exhibit #3) during this period of increasing CEO pay. And when you subtract the value that has been added to the markets due to increasing valuations (green bar), for which the CEOs cannot claim responsility, returns to shareholders have been off by 25% in the last twenty years. We pay more and get less. 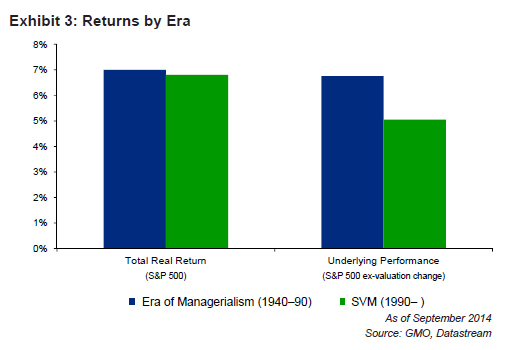 During this same period, average workers haven’t seen their salaries keep pace (Exhibit 16) which has led to the growing wealth and income inequality in America. 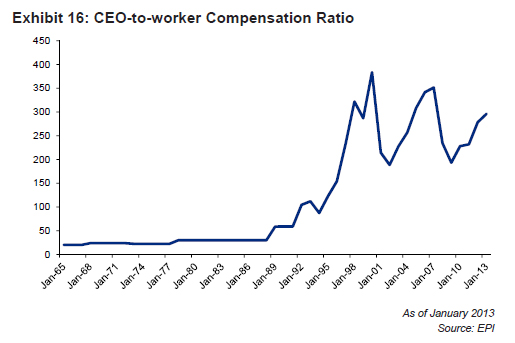 Another irony is that at the same time CEO compensation is increasing, CEO tenure is decreasing (Exhibit 6). So, you can’t argue that Fortune 500 companies are paying more to keep the best talent on hand. 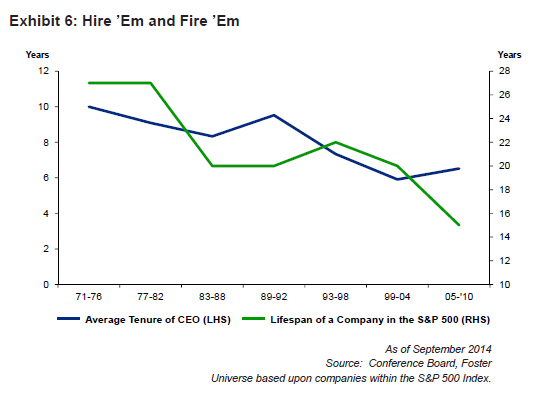 I don’t blame CEOs for accepting a generous pay package. But I do blame investors and their advisors who, like absentee landlords, have been silent on matters of corporate governance. With great wealth comes great responsibility and America needs more conscious capitalists if economic liberty is to survive. I also blame the boards of directors who have a fiduciary duty to protect the long-term interests of the shareholders where values like integrity and perseverance pay handsome dividends. These directors need to work a bit more like servants of the shareholders and a bit less like a benevolent grandparents of the CEO.