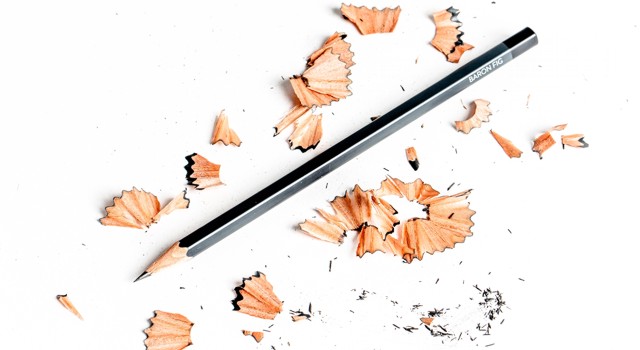 Investors hate to realize capital gains. After realizing capital gains and paying the tax, investors have less proceeds available to reinvest lessening their potential for future compounded growth. All things being equal it is better not to realize the capital gains and delay sales as long as possible. The investor may die and get a step up in cost basis. Or the investor may decide to sell the stock a decade later and receive a decade’s worth of growth on the money they would have otherwise had to use to pay the tax.

The capital gains tax is an economic roadblock. It traps capital in inefficient locations as investors don’t want to lose 15% of their wealth simply because they want to rebalance or change their investment strategy. However, sometimes it pays to jump over the roadblock. Sometimes, losing the 15% while leaping the hurdle pays off.

These calculations are called “Hurdle Table Calculations,” and the mathematics may surprise you.

You hold $10,000 of stock investment ABC with an appreciation of 50% which you expect to have a 8% nominal return in a 2.1% inflationary environment. The inflationary environment does not matter for these calculations, I am including it simply to justify an 8% nominal return. On the one hand the investor does not want to sell the highly appreciated stock position because they are subject to the 15% federal capital gains rate and the 5.75% Virginia state capital gains rate for a total capital gains tax burden of 20.75%. On the other hand the investor has an investment option XYZ that they would like to move into in which they believe they will earn more than 8%.

As you can see from this example, there is a strong case to sell and reinvest a highly appreciated investment if you believe that your new investment is expected to have a modestly higher return. In our example, assuming a sale of assets in ten years or longer the hurdle rate necessary for the new superior investment was just 0.42% better than the old investment. There are many solid reasons to expect a higher return.

A move from large cap to small cap value might expect an investment return as much as 3.48% higher.

A move from a foreign index fund to a strategy which invests in the countries high in economic freedom might expect an investment return as much as 1.28% or more higher.

Simply rebalancing your portfolio might receive a rebalancing bonus as much as 1.6% higher return.

A move to dynamically tilt toward an investment with low forward P/E ratios might expect to receive an investment return as much as 1.19% higher.

A move out of a higher cost fund into a similar but significantly lower cost investment can expect a return equal to the difference in expense ratios.

For all of these reasons investors should not be shy to realize the capital gains when justified by the math and the expectation. The math to compute the hurdle tables is fairly complex and the remainder of this article will explain how the hurdles are calculated.

The Mathematics of Hurdle Calculations

In the above example, I made calculating the hurdle look easy. I simply stated at the end what the rate of return of XYZ would have to be. However, there is a complex formula to calculating the hurdle rate. To do so, you have to solve for what excess return will produce the same after-tax value when compounded for a specific number of years.

To create a generic hurdle table that can be used on the simplest inputs, imagine that the current value of our formula’s investment is $1 or 100%. Then, the complex hurdle table calculation starts with two simple well known financial formulas.

First, the future value of an investment is the current value times one plus the annual rate of return (r) raised to the number of years (y) or written in math:

Using these two formulas, we can create a tax owed formula. Tax Owed is the gain times the tax rate (t). The future value minus the cost basis equals the gain, so using the above formulas this makes the tax owed:

Then, the future after-tax value of the original asset would be the future value minus the tax owed or:

Through basic algebra we can simplify the future after-tax value of the original asset to:

To do that, we start with the capital gain, which is the value of the investment minus the cost basis. As we are creating generic formulas, the initial investment is 1. That makes the formula:

Using basic algebra, this simplifies the capital gain formula to:

This cost basis of the reinvestment can also be written as:

Through algebra, this simplifies the tax owed on the future value of the reinvestment to:

Now that we have these equations, we can solve for what excess return (e) would justify selling the initial investment and reinvesting the proceeds.

Stated another way, the question is: what value of e causes the future after-tax values to be the same after y years?

Now, because it is possible to get a step up in cost basis from death and thus the after-tax value will equal the full future value, we will have two different formulas to solve.

Those two formulas work out to:

First, the excess return needed if the investor will get a step up in cost basis after y years in its most complex form:

Simplified and legible, the return needed to beat a step up on cost basis is:

Second, the excess return needed if the investor sells the investment after y years in its most complex form:

Simplified and legible, the return needed to beat realizing the gains after y years is:

These are complex formulas, but they are valuable calculations that show that there is an expected increase of return which will justify selling even a highly appreciated asset.

Photo by Tim Wright on Unsplash