This is an excerpt from the economic textbook used at the University of Virginia, Economics by Colander (Seventh Edition) (emphasis added): 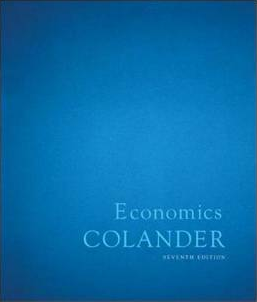 Under a third-party-payer system, the person who chooses how much to purchase doesn’t pay the entire cost. Because the co-payment faced by the consumer is much lower, quantity demanded is much greater. In this example with a co-payment of $5, the consumer demands 18. Given an upward-sloping supply curve, the seller requires a higher price, in this case $45 for each unit supplied to provide that quantity. Assuming the co-payment is for each unit, the consumers pay $5 of that price for a total out-of-pocket cost of $90 ($5 times 18). The third-party payer pays the remainder, $40, for a cost of $720 ($40 times 18). Total spending is $810. This compares to total spending of only $250 (25 times 10) if the consumer had to pay the entire price. Notice that with a third-party-payer system, total spending, represented by the large shaded rectangle, is much higher than total spending if the consumer paid, represented by the small darker rectangle.

The third-party-payer system describes much of the health care system in the United States today. Typically, a person with health insurance makes a fixed co-payment of $5 to $10 for an office visit, regardless of procedures and test provided. Given this payment system, the insured patient has little incentive to limit the procedures offered by the doctor. The doctor charges the insurance company, and the insurance company pays. The rise in health care costs over the past decade can be attributed in part to the third-party-payer system.

A classic example of how third-party-payer systems can affect choices is a case where a 70-year-old man spent weeks in a hospital recovering from surgery to address abdominal bleeding. The bill, to be paid by Medicare, was nearing $275,000 and the patient wasn’t recovering as quickly as expected. The doctor finally figured out that the patient’s condition wasn’t improving because ill-fitting dentures didn’t allow him to eat properly. The doctor order the hospital dentist to fix the dentures, but the patient refused treatment. Why? The patient explained: “Seventy-five dollars is a lot of money.” The $75 procedure wasn’t covered by Medicare.

Third-party-payer systems are not limited to health care. (Are your parents or the government paying for part of your college? If you were paying the full amont, would you be demanding as much college as you currently are?) Anytime a third-party-payer system exists, the quantity demanded will be higher than it otherwise would be. Market forces will not hold down costs as much as they would otherwise because the person using the service doesn’t have an incentive to hold down costs. Of course, that doesn’t mean that there are no pressures. The third-party payers – parents, employers, and government – will respond to this by trying to limit both the quantity of the good individuals consume and the amount they pay for it. For example, parents will put pressure on their kids to get through school quickly rather than lingering for five or six years, and government will place limitations on what procedures Medicare and Medicaid patients can use. The goods will be rationed through social and political means. Such effects are not unexpected; they are just another example of supply and demand in action.

I began this chapter by pointing out that supply and demand are the lens through which economics look at reality. It takes practice to use that lens, and this chapter gave you some practice. Focusing the lens on a number of issues highlighted certain aspects of those issues. The analysis was simple but powerful and should, if you followed it, provide you with a good foundation for understanding the economist’s way of thinking about policy issues.