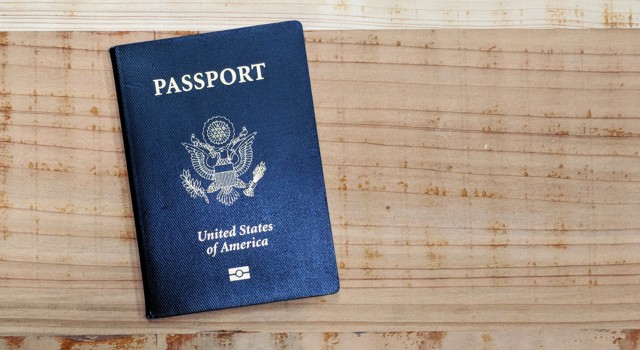 A law passed on December 4, 2015 is just now being implemented. The law allows the IRS to revoke the passports of American citizens . This provision was part of what was supposed to be a transportation bill, H.R. 22 – Fixing America’s Surface Transportation Act. Here is a PDF of the relevant section, called “Tax Provisions.”

Transportation and freedom of movement have a long history of being recognized as civil rights. Now, those rights can be taken away from you if the IRS tells the State Department that you owe more than $50,000 in taxes. Pushed through under the Obama administration but implemented under the Trump administration, this particular legislation will likely curtail the freedom of movement of many innocent citizens.

We have documented how the IRS might think a taxpayer owes $116,428 that they don’t really owe

I’m sure the list to revoke passports will be as inaccurate as the government’s No Fly List . And, alas, there is no legal process provided if you have been wrongly put on the list.

To avoid revocation, the only option is the same as most of us already try to do: to strive to comply with every IRS code and regulation. But that may not be enough.

Individuals who have their passports revoked have not been charged or convicted with any crime. They are not awaiting trial. The IRS systems have simply decided they owe taxes, assessed massive penalties and interest, and totaled bill is over $50,000.

For some, the IRS might be wrong. For others, the post office may have lost their tax return and check. Some might owe back taxes but be unable to pay. (As many as 800,000 people file for bankruptcy every year, but taxes owed cannot be resolved by bankruptcy.)

At least some innocent taxpayers will have their passports revoked. As many as 300,000 taxpayers could be listed, correctly or incorrectly, as owing more than $50,000.

Supposedly the IRS will notify those who’s passports have been revoked concurrently via the U.S. Postal Service, but they lose or mistakenly deliver as much as 1% of the mail.

Citizen’s living abroad will be in the worst danger. The United States is one of the few countries to tax its citizen’s on income even if they live and work abroad. The computation of United States taxes from foreign wages, income, and banking systems never designed to provide U.S. country-specific tax documents is extremely difficult. The IRS could easily revoke someone’s passport making it impossible for them to leave the country they call home for fear of not being able to return.

The power to revoke a citizen’s passport without having been convicted of any crime is not a power any government agency should have just to get your attention.

Instead, the IRS should do the more difficult work of proving their case. It is lazy of them to put the burden of proving innocence on the taxpayer while punishing them as though they are guilty.

This law should be revoked.

Photo by Jeremy Dorrough on Unsplash